Get involved in pro-democracy campaigns in Pennslyvania. 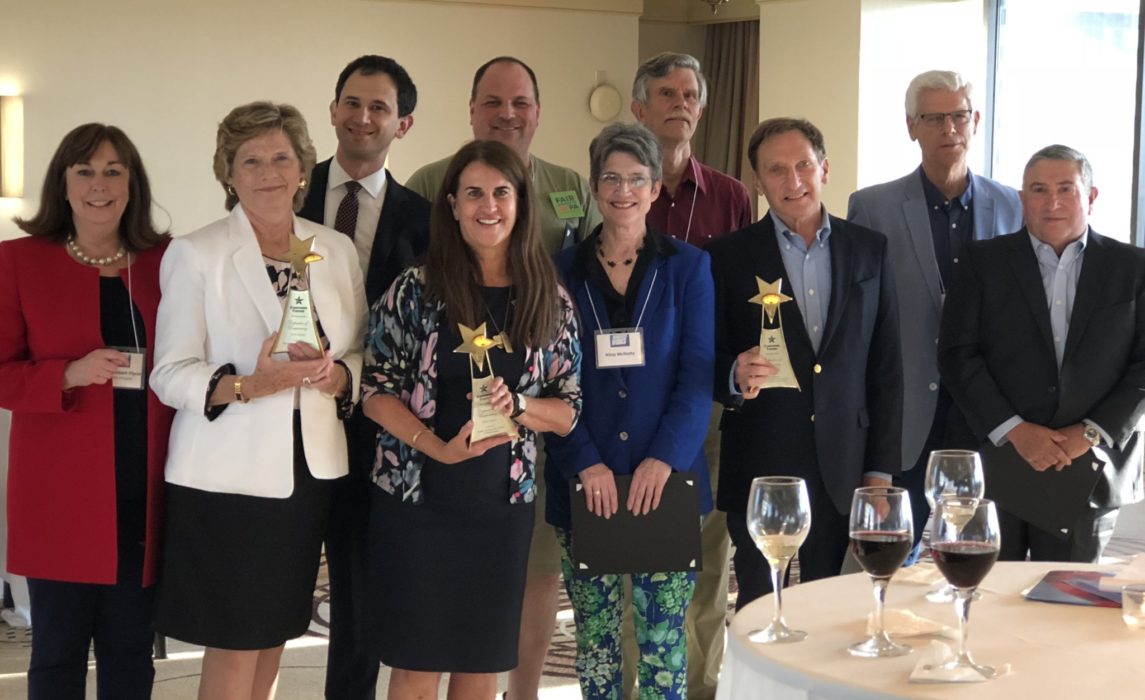 On May 21st Common Cause Pennsylvania presented the Democracy Defender Awards to the eighteen plaintiffs of the PA Supreme Court gerrymandering case during the Democracy Works Summit, held at the Sheraton Downtown Hotel in Philadelphia. The award is given to a group, organization or individual who has displayed commitment to achieving democracy in the commonwealth of Pennsylvania. The plaintiffs, who represented each of Pennsylvania’s 18 congressional districts, provided testimony on the adverse impacts of the extreme partisan gerrymander passed by the legislature in 2011. Since the successful court challenge to the map, the group has continued, beyond the successful court case, to become strong advocates in promoting solutions to issues such as gerrymandering, voting rights, and others. Some have contributed opinion letters to newspapers, been featured speakers with community groups, and a variety of other activities to help promote democracy.

Also, during the awards reception Common Cause Pennsylvania recognized the lead plaintiff, League of Women Voters of Pennsylvania and legal counsel for the plaintiffs, Public Interest Law Center. Both of these organizations independently and collaboratively worked to expose our congressional maps as extremely partisan gerrymandered. In the face of stiff opposition, both of these organizations stood strong and proved that justice still prevails in Pennsylvania.

The plaintiff recipients of the 2018 Democracy Defender Award:

Photographs of the recipients at the award ceremony are available upon request.

Senate Bill 22 Only a Half Measure to Fix Gerrymandering