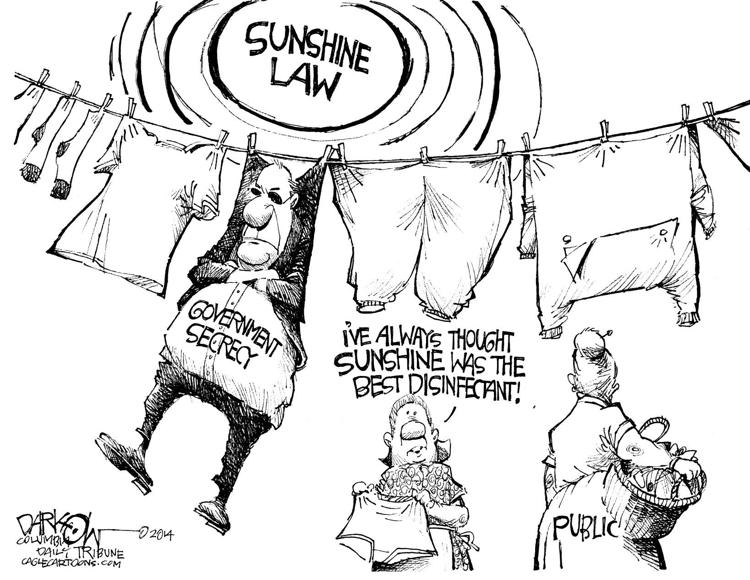 We at Common Cause Ohio agree that “sunshine is the best disinfectant!” Transparency in government leads to accountability, exposes unethical behavior, and encourages our “employees” to work harder. We’re all for letting the light in!

That’s why every year we’re excited to celebrate Sunshine Week — an annual nationwide celebration of access to public information sponsored by the American Society of News Editors (ASNE) and Reporters Committee for Freedom of the Press.

This year for Sunshine Week, we teamed up with ACLU Ohio for a lunchtime brownbag discussion about Ohio’s Sunshine Laws (and how to use them). 2019’s Sunshine Week (March 10-16) also saw some important announcements coming from statewide office holders. Here’s a quick rundown.

We’re encouraged to see progress on issues relating to transparency, and looking forward to further gains in the year ahead. Meanwhile, we are happy to help with your questions about making a public records request, or challenging open meetings violations.

With thanks for all you do,