The fight to end gerrymandering continues in North Carolina 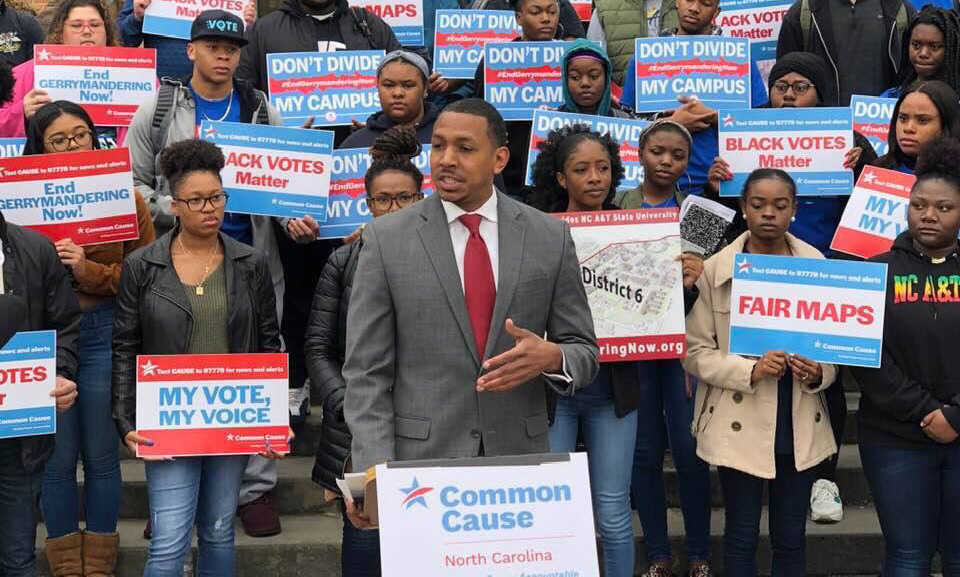 Last month, the U.S. Supreme Court had a historic opportunity to stop politicians from manipulating our voting maps and undermining our democracy. Sadly, a narrow majority of the high court ducked its responsibility to end gerrymandering.

Fortunately, the effort to end gerrymandering will continue, both in our state court and in the legislature.

The case of Rucho v. Common Cause from North Carolina presented one of the most extreme examples of partisan gerrymandering ever to go before the U.S. Supreme Court. There was no question that our state’s congressional districts had been rigged to benefit Republican politicians at the expense of fair elections. Rep. David Lewis, who led the legislature’s crafting of those maps in 2016, declared his partisan intent before the media and his fellow lawmakers.

“I propose that we draw the maps to give a partisan advantage to 10 Republicans and three Democrats because I do not believe it’s possible to draw a map with 11 Republicans and two Democrats,” Lewis said in laying out the plan.

Even with that smoking gun admission, five justices declined to strike down the brazen gerrymandering scheme.

As Justice Elena Kagan said in her powerful dissent, the decision was an abdication by the court to protect the constitutional rights of American voters.

“The partisan gerrymanders in these cases deprived citizens of the most fundamental of their constitutional rights: the rights to participate equally in the political process, to join with others to advance political beliefs, and to choose their political representatives,” Kagan wrote.

In the wake of the 5-4 ruling, politicians who gerrymandered our state’s congressional districts claimed victory and cynically asserted that the issue was settled.

Those politicians are wrong. The fight for fair voting maps is far from over.

In his majority opinion, Chief Justice John Roberts acknowledged that “excessive partisanship in districting leads to results that reasonably seem unjust” and that “gerrymandering is incompatible with democratic principles,” even as he turned away from resolving the problem.

But as Roberts closed the door to challenges against partisan gerrymandering in federal court, he said state courts are appropriate avenues to pursue relief.

Here in North Carolina, the fight for fair voting districts is indeed headed to state court, with our case of Common Cause v. Lewis going to trial on July 15. That lawsuit challenges partisan gerrymandering of state legislative districts as a violation of the North Carolina Constitution.

A victory in state court could mean new, fairly drawn NC House and NC Senate boundaries for the 2020 election. And it would make clear to politicians that partisan gerrymandering of our legislative districts is illegal and unacceptable.

As we continue to challenge gerrymandering in state court, we’re also working with a broad coalition of voters and lawmakers to repair North Carolina’s broken redistricting system.

A half-dozen bills have been introduced in the legislature this year to establish nonpartisan redistricting – several with strong bipartisan support. Yet GOP legislative leaders have not allowed any of the proposals to be given a vote. That’s despite the fact that we stood with those same Republican leaders, including Rep. Lewis, as they once championed nonpartisan redistricting in the era when Democrats were guilty of gerrymandering.

Ultimately, North Carolina needs to enact lasting reform that takes redistricting power out of the hands of politicians and entrusts it with an impartial body that will draw our voting maps free from partisan politics, with complete transparency and robust public input.

The U.S. Supreme Court dodged its duty to protect voters from extreme gerrymandering, but the justices also pointed to the state court and the legislature as paths to fair voting maps – and that’s where the work will continue with even greater resolve.

We won’t ever give up in the fight to end gerrymandering. We’re confident that justice and the people of North Carolina will prevail.

Add your voice to the call for fair maps