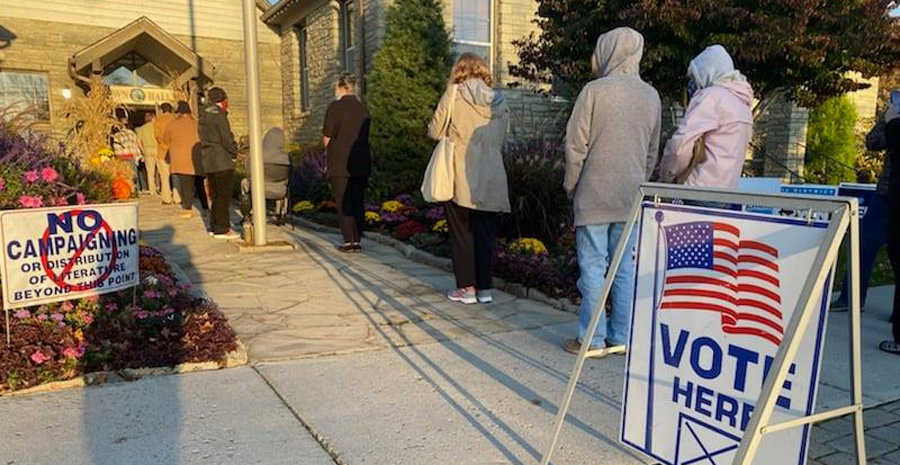 RALEIGH – Voter turnout in North Carolina’s election this year reached a record high 75%. That’s reason to celebrate for anyone who believes in a thriving democracy. It’s all the more remarkable given the election was conducted amid a global pandemic.

By and large, voting in North Carolina went smoothly. We witnessed a new high for early voting, unprecedented numbers of voters casting a ballot by mail and a strong finish on Election Day.

The voters of North Carolina did our job – we turned out at historic levels to make our voices heard. And our excellent election administrators did their job – ensuring a fair, accurate and complete count of all votes.

The success of North Carolina’s election is due to many factors. First and foremost, thanks must be given to our state and county boards of elections staff who rose admirably to the challenges of running an election impacted by COVID-19. Thanks should also be given to the thousands of poll workers who dedicated their time to ensure voters were able to cast a ballot safely and securely in person.

Appreciation should be given to legislators who this summer worked in a bipartisan way to allocate resources to help our state conduct an election amid the pandemic. Ultimately, praise should be directed most of all to the voters of North Carolina, who participated in the election like never before, and did so with enthusiasm and determination.

One of the key reasons that North Carolina was prepared for the 2020 election was our state already had in place successful innovations like early voting, same-day registration and no-excuse absentee voting. Without this broad accessibility, many voters across the political spectrum would have been left behind and disenfranchised.

It should be noted that in 2013, Republican leaders in the legislature attempted to end same-day registration and gut early voting. But thanks to a coalition of everyday North Carolinians and good-government groups pushing back, the courts stopped that naked attempt at voter suppression and restored voting accessibility.

As a result, North Carolina voters had a variety of options to cast a ballot this year and data clearly shows that benefited Republicans and Democrats alike. For instance, 65.52% of Republican voters opted for mail-in or early voting, on par with the 65.66% of Democratic voters. Republican voters also outperformed their share of the electorate in absentee and early voting: while 30% of North Carolina voters are registered Republicans, nearly 32% of early and absentee ballots were cast by Republicans.

The lesson learned by both sides of the aisle should be this: your party can win when voting is made accessible for all North Carolinians. In turn, hopefully the legislature will not return to the ugly attempts at suppression that hurt voters and marred our state’s reputation in the past.

Instead, let’s build on this year’s success. Let’s continue to look for ways to ensure every eligible voter is able to fully participate in free and fair elections, without discrimination or barriers to the ballot box, and encourage voters to stay engaged in the governing process beyond Election Day. That’s what democracy ought to look like, every year.

Donate to support Common Cause NC

2020: A record year of voter engagement in North Carolina

Building Democracy 2.0: Rousseau and 'the Will of the People'