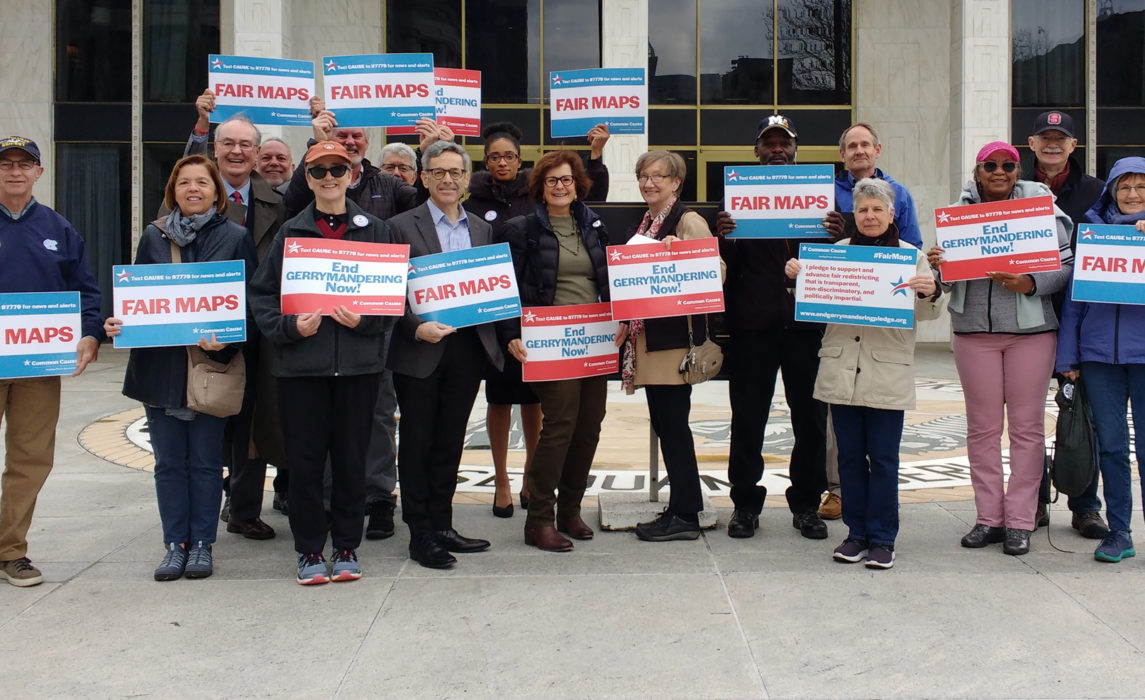 On March 26, the U.S. Supreme Court heard the potentially landmark case of Rucho v. Common Cause, challenging partisan gerrymandering of North Carolina’s congressional districts. The high court’s ruling may come before the end of June and could be key to reining in gerrymandering here at home and across the nation.

As the fight for fair maps has now been argued before the U.S. Supreme Court, it’s time for the NC General Assembly to do its part and pass redistricting reform this session. Litigation alone doesn’t end gerrymandering. Legislation is needed as well. And Common Cause North Carolina is pushing forward on both fronts.

Let’s look at the facts. Partisan gerrymandering has long been engrained in North Carolina’s political DNA. Democrats did it when they held power. Republicans have done it since they took control of the legislature in 2011.

The view of Common Cause has been consistent: gerrymandering is always wrong, no matter who does it. Gerrymandering reduces electoral competition and political dialogue, which is bad for government and hurts voters.

For nearly 20 years, Common Cause NC has been seeking passage of comprehensive redistricting reform. We stood shoulder to shoulder with Republicans in 2009 when Rep. Tim Moore and Sen. Phil Berger sponsored redistricting reform bills while their party was in the minority, and when practically every Democrat – then in control of the General Assembly – opposed reform.

Today, Speaker Moore and Senate President Pro Tem Berger have reversed their view, now opposing reform. For instance, despite having a majority of House members as sponsors for two redistricting reform bills, Speaker Moore has not allowed these proposals to be heard.

But that could change.

Common Cause is suing the legislature in both federal and state courts. Wins in one or both venues could have dramatic consequences this year.

Our federal case heard by the U.S. Supreme Court argues that extreme partisan gerrymandering is viewpoint discrimination. In other words, voters placed into gerrymandered districts are discriminated against based on their past voting history or political association.

That’s wrong. And just as racial gerrymandering is unconstitutional, we believe the same must be true for partisan gerrymandering. Mapmakers should not be allowed to rig elections by piecing together precincts based on previous election outcomes.

Our other challenge, Common Cause v. Lewis, is being waged in state court with the same claim – that North Carolina’s legislative maps are partisan gerrymanders and must be ruled unconstitutional on the grounds of viewpoint discrimination.

Victory in either case could mean no more partisan politics in the redistricting process, along with new congressional and/or legislative districts for the 2020 election. That’s a cloud hanging over the legislature that isn’t going away. If lawmakers choose to do nothing on the reform front, the courts may do it for them.

So the time for lawmakers to do the right thing is now. Common Cause opted to seek relief in the courts only after it became abundantly clear that legislators had no interest in passing redistricting reform. And when lawmakers openly boasted that their redraw of the congressional map in 2016 was a partisan gerrymander, that was our last straw.

Still, while waiting for the courts to decide our cases, we continue the fight for fair maps at the legislature. We need to enshrine new rules into law that ensure a fair process, particularly stopping the practice of lawmakers drawing their own districts.

In short, the courts can stop partisan gerrymandering. The legislature can create a new process to ensure fair maps. We need both. The courts will act this year. It’s up to the legislature to do the same.

Dennis Burns and Mary Morgan are chair and vice chair of the state advisory board of Common Cause NC, a nonpartisan, grassroots organization dedicated to upholding the core values of American democracy.