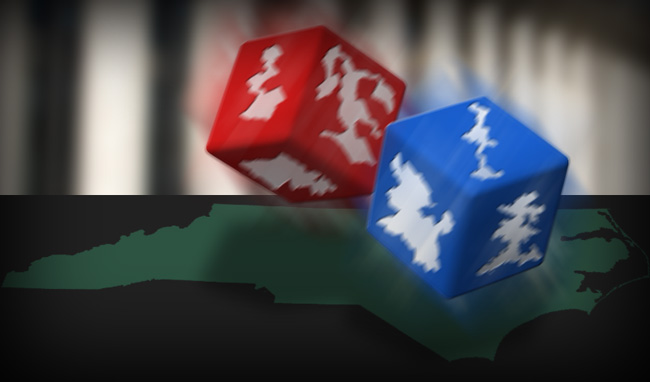 For about as long as there have been American elections, there have been parties trying to manipulate them to their advantage. And one of the oldest political tricks of all is gerrymandering.

That 200-year-old term refers to the ongoing practice of political parties drawing voting maps to unfairly favor their own side. Nowhere has gerrymandering been more grotesquely on display than in North Carolina. Here inkblot congressional and legislative districts twist and turn in astonishing ways, mainly in an effort to artificially boost one party or the other.

Republicans and Democrats alike have been guilty of gerrymandering, but the result has been the same: North Carolina voters left with scant choice and little voice in choosing who represents them. In fact, since 1992 nearly half of our state’s legislative races have had just one name on the ballot – deciding the outcome of these elections before a single vote is cast.

But a new analysis from political scientists at NC State University shows that even the best laid gerrymander may soon be no guarantee for victory in the face of rapidly changing demographics.

“When state legislators draw district maps in a place with a dynamic population like North Carolina, it’s very difficult to be able to predict four, six, eight, particularly 10 years out in the cycle what kinds of candidates will be returned from those districts,” says Dr. Andrew Taylor, who along with Dr. Mark Nance recently examined population shifts and their potential impact on North Carolina redistricting.

As Taylor explains, a key strategy behind gerrymandering has been for the majority party to create a great number of districts where its candidates win by a relatively slim – but safe – margin, while essentially giving away a small number of districts that the minority party will win big, but still remain outnumbered in the legislature.

“The trouble is, with the volatility and that approach, you could see quite easily a large number of [majority-party] candidates go down to defeat if you have a wave, or even a semi-wave, kind of election,” Taylor says. “That’s what we mean by the uncertainty.”

It’s in the midst of this unprecedented uncertainty that North Carolina could finally see independent redistricting move forward.

Earlier this year, a bipartisan majority in the Republican-led NC House co-sponsored a redistricting reform bill. Unfortunately, the legislation languished due in part to opposition from within the GOP-controlled NC Senate.

However, if any of those Senate Republicans are under the illusion that their party will rule forever, they just need to look back as recently as the 2010 election cycle. That year, Democrats who had largely been reluctant to take up redistricting reform were shocked to see their longtime dominance of state government come to a jolting halt. The swap in power happened just in time for the GOP to take its own turn at gerrymandering.

The Tar Heel political pendulum is sure to swing back and forth ever more frequently and even more unpredictably in the years ahead.  The analysis by Taylor and Nance at NC State shows that adopting a fair, independent system for the next round of redistricting in 2021 and beyond is not only the right thing, but also the politically smart thing for Republicans and Democrats alike.

“Look, this is a volatile situation, so if you do want to go for reform, you can sort of lock in an insurance plan,” Taylor says. “Or you could roll the dice, and if the other guys get control, the first thing on their mind is going to be vengeance. And we get in a sort of pattern whereby we have cycles of partisan gerrymanders – which aren’t even safe because of that kind of volatility.”

In short, as North Carolina continues to change like never before, gerrymandering looks increasingly like a dangerous bet for both sides of the political aisle.

In wake of gerrymandering ruling, give reform a chance