Every ten years, New York redraws its federal, state, and local legislative district maps. This process is meant to ensure that as populations grow and change, every New York voter can have equal representation and equal voice in government.

Following the failure of the commission to propose maps, the New York legislature passed their own maps over the course of less than a week.  As part of the ensuing litigation, Common Cause/NY proposed the congressional and senate map below.

Why Redistricting Matters for New York 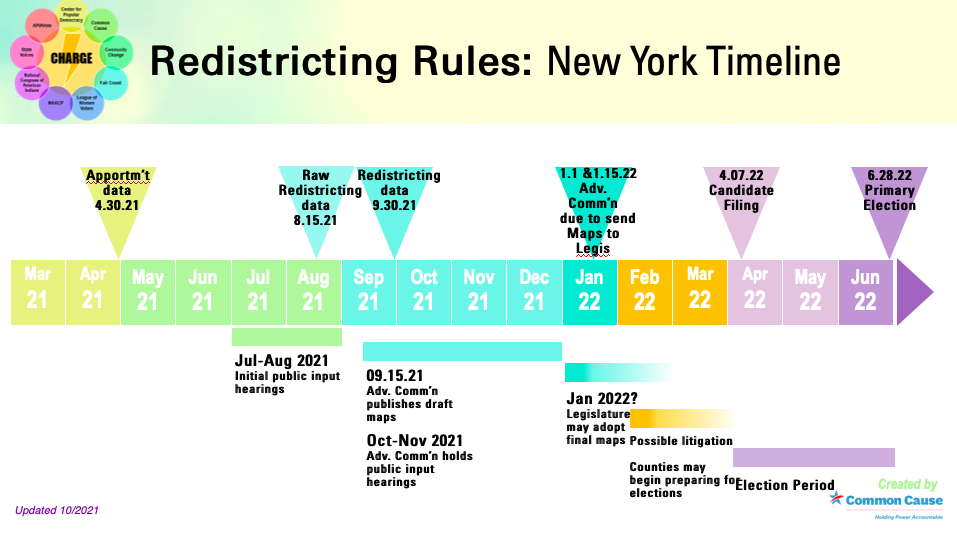 Use these resources to learn more about how you can get involved in fighting for fair districts and stopping gerrymandering in New York.