Co-chairs Speaker Cupp and Senator Sykes, members of the Ohio Redistricting Commission, thank you for the opportunity to testify today. My name is Mia Lewis and I am here on behalf of Common Cause Ohio, a nonpartisan good government group with 30,000 members that has been a central part of the fight for fair maps and fair elections for decades.

The maps adopted for formal consideration by the majority on the Commission are an affront to the people of Ohio. They violate the rules that you yourselves made and committed to.

How do I know? Because Common Cause Ohio was there. We were part of the negotiations when the new rules for drawing Ohio’s House and Senate districts were created: our Executive Director Catherine Turcer, along with Senator Huffman, Senator Sykes, academics, experts and legislators went round after round to create the proposal that state legislators overwhelmingly approved in December 2014. This proposed amendment was placed on the ballot in 2015, endorsed by both parties, and then won in every single Ohio county and with over 72% approval statewide.

What were those new rules? And how do the proposed maps measure up?

I want to be very clear that I’m speaking to the members of the commission who voted to approve these working drafts.

As you can see, your maps score poorly — they succeed in just ONE out of SIX required criteria. The officially proposed maps score high for limiting splits, but they tank on the other measures. Some commission members even admitted that for some of these requirements they didn’t even try.

Take representational fairness, for example. It’s a central part of the 2015 reform. There is no clearer or more direct way to prevent gerrymandering than to say that the predicted outcome of the new districts must reflect the way Ohioans have voted over the past ten years. It’s essentially a way to say, “Gerrymandering is not allowed.” If the lines create districts that don’t reflect the partisan breakdown of how Ohioans vote — they aren’t allowed. End of story!

As you know, the requirement for representational fairness is neither aspirational nor optional: it’s there in black and white in the Ohio Constitution, Article XI, Section 6 (B). “The statewide proportion of districts whose voters, based on statewide state and federal partisan general election results during the last ten years, favor each political party shall correspond closely to the statewide preferences of the voters of Ohio.”

I would offer to explain, but as all of you either wrote it, passed it onto the ballot, endorsed it or voted on it, I’m sure that is unnecessary. Your maps fail the test of representational fairness. They are gerrymandered.

How do you get around an explicit ban on gerrymandering to create a gerrymandered map? You have found a way: simply ignore the rules. Honestly, it is frightening to see those in power so overtly demonstrating their willingness to break the laws they have sworn to uphold. What example are you setting? What would happen if others in our society just skipped the rules they didn’t like?

In opting not to follow the rules clearly laid out in the Ohio Constitution and in federal law, you are thumbing your nose at the enormous majority of Ohio voters who passed these reforms in a landslide. You are disregarding and disrespecting Ohio’s African-American and other minority populations. You are thumbing your nose at the literally hundreds of Ohioans who testified at the end of August and submitted written testimony talking in powerful and compelling detail about the harms done by distorted districts and the need for fair maps. You are saying loud and clear, “We really don’t care about fairness; we don’t care about the law; we don’t care about representative democracy.”

It doesn’t have to be this way. As the Fair Districts Mapping Competition shows, it is quite possible — with good faith and a bit of effort — to draw maps that are fair, that avoid splitting political subdivisions, that keep communities together, are more competitive, and that bring all voices into our democratic process rather than shutting them out. (I have included in my submitted testimony links to the competition winners’ maps and narrative explanations.)

With the deadline for adopting Ohio House and Senate maps coming up in just three days, we would like to suggest the obvious: the Ohio Redistricting Commission should jettison the rigged maps it has created and instead adopt one of the two winning maps from the Fair Districts Mapping Competition for formal consideration.

The maps submitted for the competition are altogether superior to the ones formally adopted by this commission. They comply more closely with the constitutional criteria including minimizing county and municipal splits and achieving representational fairness. They also include a compelling narrative that explains the mappers’ decision making process in creating their maps — something the Ohio Redistricting Commission has yet to do.

Bipartisan mapmaking is challenging, but Ohioans are tired of business as usual and would like to see a true deliberative process. The Commission should use upcoming public hearings to individually review each of the districts of any proposed map and consider possible improvements. I urge you to engage in a public debate and deliberation about each district and create maps that reflect the Ohio Constitution and demonstrate bipartisan mapmaking. 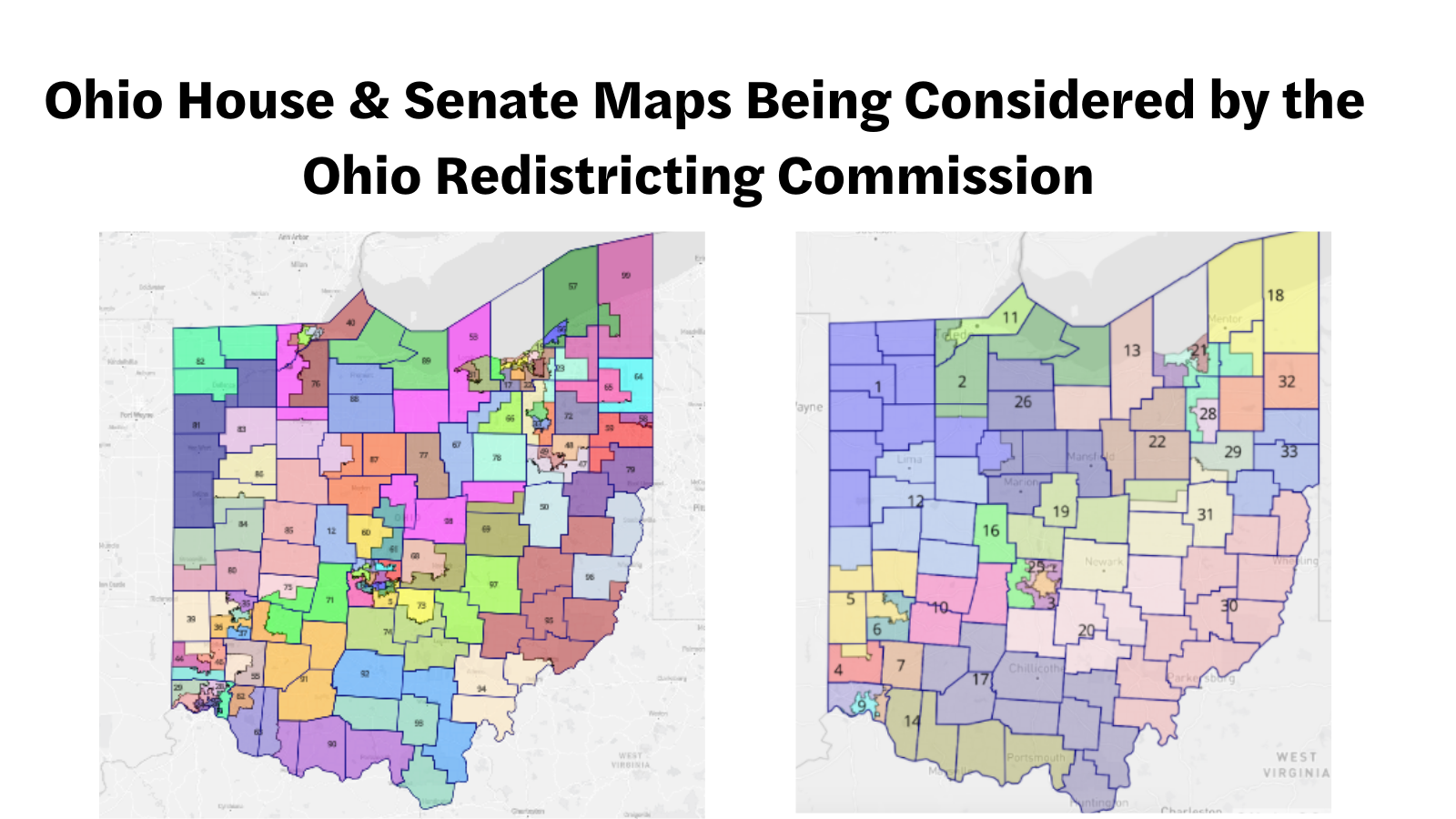 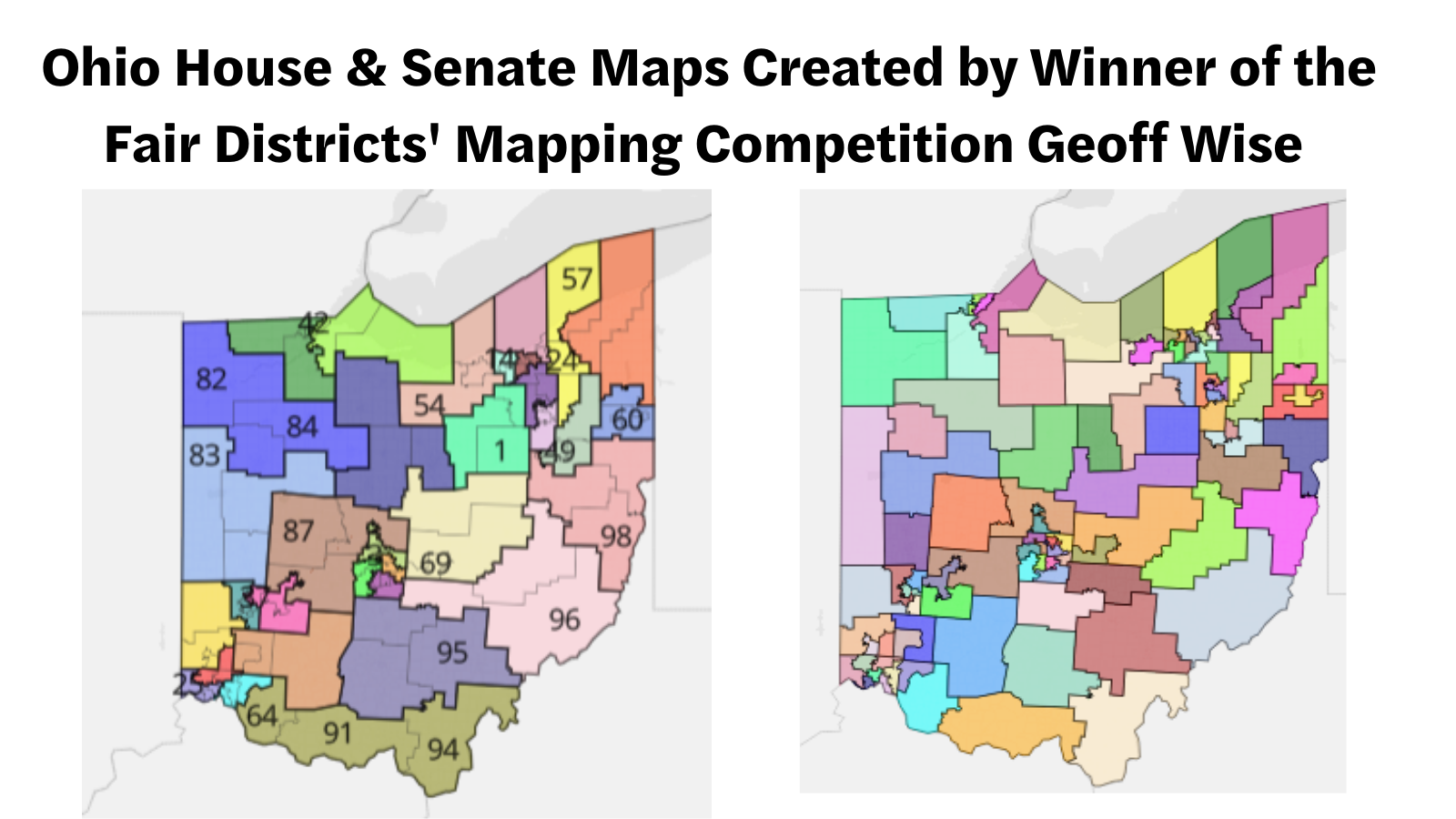 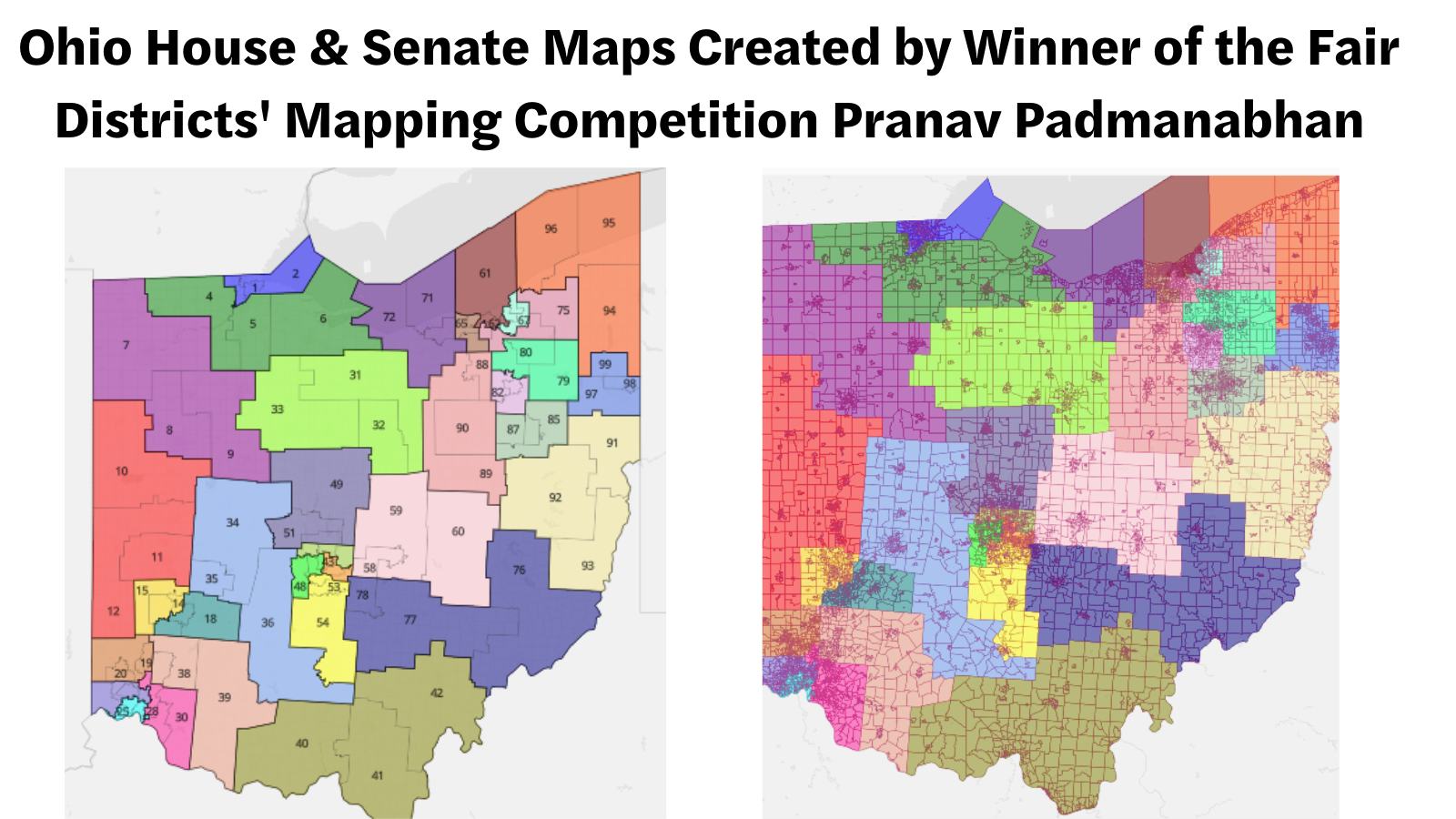