RALEIGH – Nearly every state in America makes requesting and voting an absentee ballot by mail easier than North Carolina. And North Carolina has some of the strictest requirements in the nation regarding where and how poll workers are assigned, which could lead to a critical shortage of poll workers this fall.

Amid the COVID-19 pandemic, Common Cause NC is recommending lawmakers enact changes for the upcoming election cycle that would make voting from home easier and provide greater flexibility on where trained poll workers can be assigned to better meet local needs during this health crisis.

“We need to make sure every voter feels safe and secure in casting a ballot in the November election,” said Bob Phillips, executive director of Common Cause North Carolina. “It’s likely more North Carolina voters than ever before will opt to vote by mail this fall, but our current law doesn’t make it easy. We’re one of only three states in America that requires the voter to obtain two witness signatures to vote an absentee ballot. In this day and age of the coronavirus, we should cut the witness requirement to just one – even if it’s for this election only – so voters can more safely and securely vote from home.”

Nearly 80% of states (39 of 50) do not require a witness or notary signature for voting an absentee ballot by mail. Prior to 2013, North Carolina required only one witness to sign an absentee ballot. The State Board of Elections reports that more than 70% of North Carolina households have two or fewer adults residing under the same roof – meaning most voters choosing to vote absentee by mail will have to find someone outside their home to witness and sign their ballot.

Another challenge this election will be ensuring there are enough poll workers to man the precincts. It is mostly an elderly population who work the polls in North Carolina as the State Board of Elections reports the average age of a poll worker is 70. Already western counties in the state are reporting fewer poll workers are willing to work in next month’s 11th Congressional District Republican primary runoff, forcing the possibility of significant cuts to the number of precincts open.

HOW NC COMPARES TO OTHER STATES: 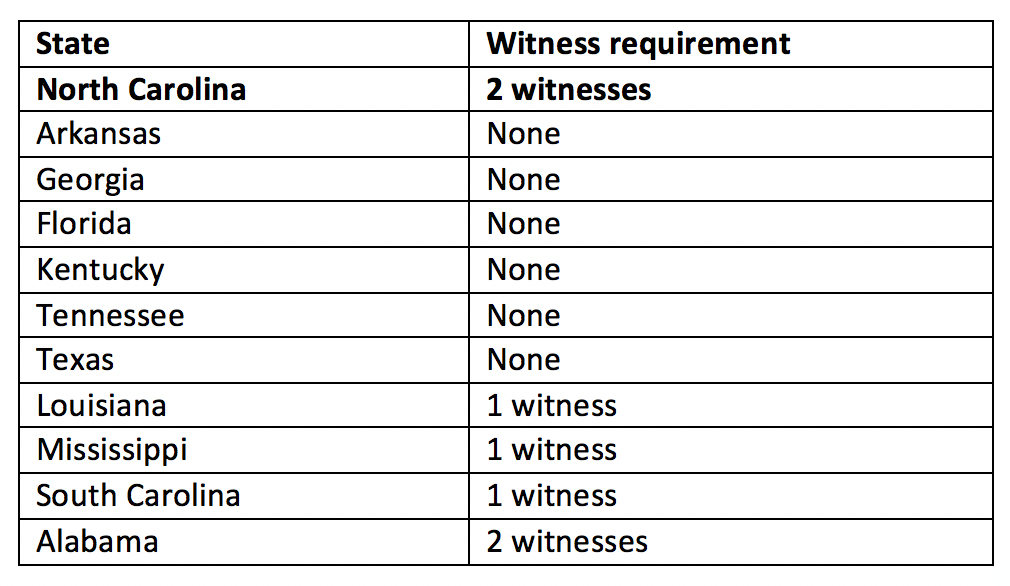 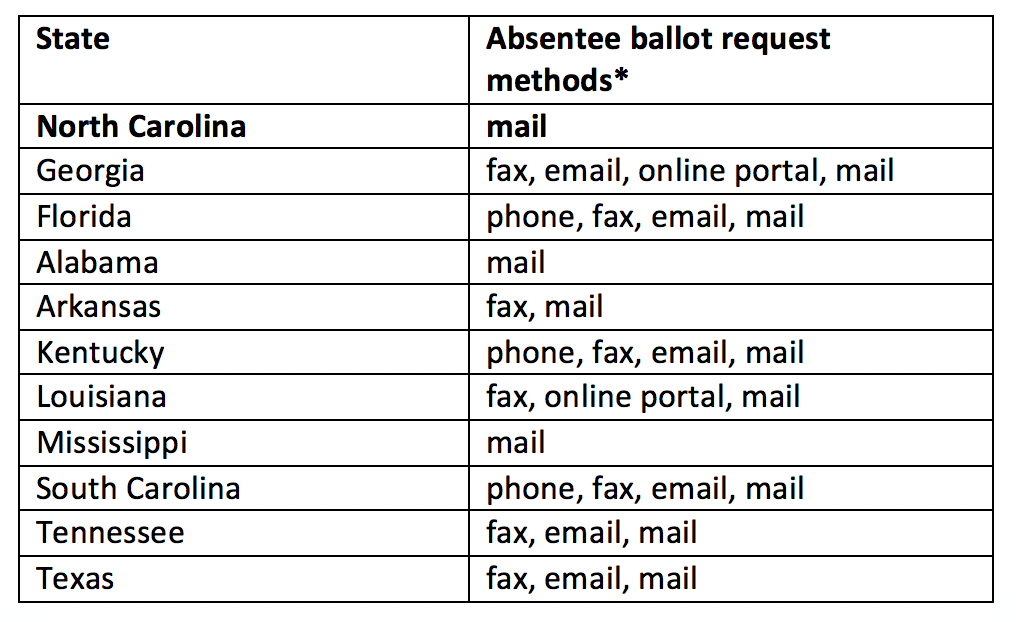 *In-person return of absentee ballot requests is also an option in most states (with the exception of Tennessee). 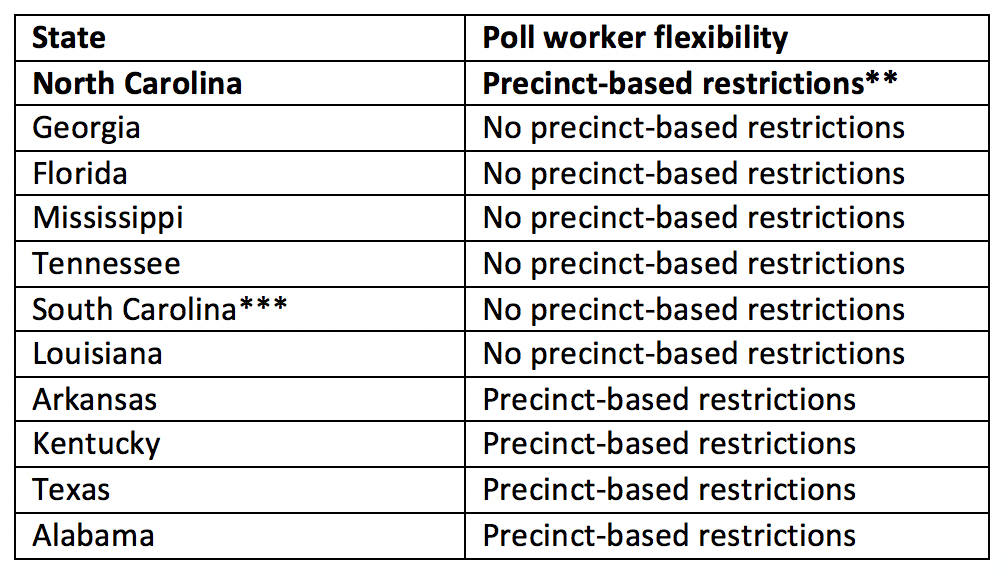 ***Poll workers in South Carolina can work in an adjoining county.

Common Cause NC is a nonpartisan, grassroots organization dedicated to upholding the core values of American democracy.

Amid COVID-19 pandemic, Common Cause NC urges legislature to work in bipartisan partnership to prepare state for upcoming elections