The Interconnectedness of Pride Month and Black Lives Matter 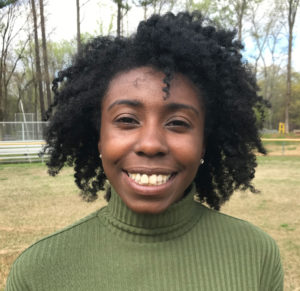 Ten years ago as a high school student in North Carolina, I did not learn about the historic Stonewall Riots that occurred in the summer of 1969 that sparked the modern queer liberation movement. In fact, as a student, I had no conception of a modern queer liberation movement beyond the demand for marriage equality, which was not achieved until 2015.

To say that LGBTQIA+ movements are barely covered in North Carolina history curricula is an understatement: LGBTQIA+ issues are largely ignored in all school subjects, especially sexual education. For those and other reasons, I spent a lot of time questioning my sexuality and felt pressure to determine into which neat category I could fit myself.

Erasure of bisexual people from popular culture is an ongoing phenomenon, and as such, bisexual people are more likely to experience depression, anxiety, intimate partner violence, and other health disparities. Still, I am proud to be a Black bisexual woman at this crucial point in society because Pride is different this year for several reasons, including the coronavirus pandemic and the unrest gripping the nation.

Rather than the usual monthlong celebration with rainbows adorning everything, this June we’re forced to reckon with the true history of resistance within the LGTBQIA+ community and the importance of Black queer and trans activists in the fight for equality. It may be hard to accept because it goes against what we have been taught about social change in this country, but the modern movement for queer liberation began with a series of riots against an oppressive police force. The remnants of those oppressive forces still exist today, and we would be wise to learn from the past if we truly want to build a better future.

My heart aches for the people across our state and country who have flooded the streets to demand that police and vigilantes stop abusing and killing Black people. What initially started as protests in Minneapolis responding to the brutal murder of George Floyd at the hands of police has spread into a global network of demonstrations against police brutality, including in my home of Charlotte, North Carolina.

The images flooding social media of militarized police officers harming citizens in the name of justice reminds me that Black people have been fighting for the right to live without state violence – in the form of environmental injustice, restrictive reproductive health policies, government surveillance, etc. – for centuries.

To decry riots and looting ignores the truth that peaceful protests alone have not always changed the hearts and minds of people in power. Just ask Colin Kaepernick. Although Dr. Martin Luther King II showed the nation that nonviolent demonstrations are a powerful tool for change, he was ultimately assassinated for his beliefs of a future where all men would truly be equal. The painful irony of using his message in this moment is that Black people have always been given incremental civil rights while so many of our movement’s leaders still suffer at the hands of white supremacy.

My high school history textbooks, with its black-and-white photos of Black students defiantly eating at lunch counters in the South, failed to include images of Marsha P. Johnson and Sylvia Rivera, two trans women of color who were on the forefront of the movement for queer liberation. Although we may now condemn the violence experienced by LGBTQIA+ people in 1969 New York City, the New York Police Department never issued an apology for its malicious mistreatment of queer people until June 2019 – fifty years after the historic uprising took place!

In North Carolina, indeed in Charlotte, trans women still face housing, unemployment, and healthcare inequality at disproportionate rates; in no way is the right to marriage equality the end of the struggle for queer people.

Make no mistake, when we say that Black Lives Matter, we include Black queer lives because too often our names are forgotten. Tony McDade. Nina Pop. So many others. In the fight for LGBTQIA+ liberation, I cannot be complacent with marriage equality while so many of my queer siblings face employment discrimination, violence and erasure from history’s narrative. We have to voice our frustrations because they are valid and we deserve to be heard!

It should come as no surprise that people will riot when no one listens – it is what MLK called “the language of the unheard” – and the loss of physical property on land that was stolen from Indigenous people should not bother anyone more than the loss of irreplaceable lives.

Police should not arrest, tear gas and/or shoot people for expressing their rights to assemble and dissent, nor should they escalate violence and wear riot gear when most demonstrations have been peaceful. Still, as long as our democracy exists there are other tools to use: I am working to make sure people in our state can safely vote without barriers caused by the coronavirus pandemic, and I know that after November the work to liberate Black queer people will not be complete.

Continuing to protest, to call elected officials and demand policy solutions to improve Black lives is what Common Cause North Carolina supports to hold power accountable. I seek stories from the past to understand the role of collectives in the fight for liberation, and I know I am not free until the most oppressed amongst us are free.

This Pride Month, the history of LGBTQIA+ resistance is inescapable, and I know I will be on the right side of history because I choose to support a world where all people truly are equal.

Trey Gibson is the Civic Engagement Organizer in Charlotte for Common Cause North Carolina. She is an organizer and writer with a passion for reproductive justice and imagining a world without borders and the Prison Industrial Complex. She enjoys art, reading about history, and working to strengthen democracy so that all people’s voices can be heard in the political process.

Building Democracy 2.0: How the Idea of Freedom Makes the First Innovation Possible

Building Democracy 2.0: What Is Democracy and Why Is It Important?