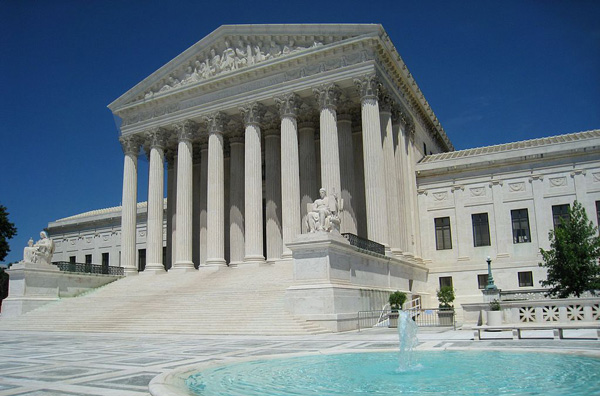 The US Supreme Court on Thursday granted a stay to the GOP legislative defendants in the case of Common Cause v. Rucho.

On Jan. 9, a panel of federal judges ruled that the Republican-controlled NC General Assembly had unconstitutionally gerrymandered the state’s congressional districts along partisan lines and ordered the maps to be redrawn.

Today’s action by the Supreme Court pauses that order.

“While we are disappointed in the decision to put on hold the district court’s order to redraw North Carolina’s gerrymandered congressional districts, this fight is far from over,” said Bob Phillips, executive director of Common Cause NC.

“We will ask the Supreme Court to affirm the lower court ruling or hear this landmark case,” Phillips said. “And we are confident that the court will ultimately agree that the legislature’s extreme partisan gerrymander violates the constitutional rights of North Carolina citizens.”

In 2016, a federal court ruled that the Republican-controlled NC legislature had unconstitutionally gerrymandered two of the state’s 13 congressional districts along racial lines and ordered them to be redrawn.

Republican legislative leaders responded by claiming they would craft a new congressional map by ignoring race entirely, and instead draw a blatant partisan gerrymander, as Rep. David Lewis (R-Harnett) stated publicly during a redistricting committee meeting in February of 2016.

“We want to make clear that we … are going to use political data in drawing this map,” Lewis said at that time. “It is to gain partisan advantage on the map. I want that criteria to be clearly stated and understood.”

That blatant gerrymander by the legislature prompted Common Cause to file suit arguing that partisan gerrymandering is unconstitutional, an argument that the federal court agreed with in its ruling on Jan. 9.

In addition to fighting gerrymandering in the courts, Common Cause has been a longtime advocate for legislation that would establish nonpartisan redistricting in North Carolina.

House Bill 200 would take redistricting power out of the hands of legislators and give it to an independent body, which in turn would draw districts free from partisan politics. While the measure has broad support in the NC House with 39 bipartisan co-sponsors, it has not yet been given a hearing or a vote in that chamber.

Under North Carolina’s longstanding system, whichever party controls the legislature also controls redistricting. For decades, the result has been gerrymandered voting maps that heavily favor one party or the other and reduce competition on Election Day.

An overwhelming majority of North Carolina voters support independent redistricting, as shown by a Public Policy Polling survey in April. According to the poll’s results, 80 percent of voters say it’s not fair for politicians to draw their own districts. That includes 85 percent of Democrats, 74 percent of Republicans and 80 percent of independent voters.

Over 260 civic leaders from 130 towns and cities across North Carolina have signed a petition calling on the legislature to pass independent redistricting reform. And more than 100 North Carolina business owners have launched a coalition calling for an end to gerrymandering.

Historic court ruling could usher in the end of gerrymandering