A nonpartisan panel of retired judges on Monday unveiled a new, but unofficial, congressional map for North Carolina to demonstrate how independent redistricting can work in the state.

The new congressional map is the culmination of a four-month-long redistricting simulation launched as a joint project with Duke University and Common Cause North Carolina. Comprised of an equal number of Republicans and Democrats, the panel of eight retired judges was led by former N.C. Supreme Court chief justices Rhoda Billings and Henry Frye.

The nonpartisan panel created the 13 new congressional districts free from partisan politics. The group’s goals were to draw geographically compact districts with equal populations, while also complying with the federal Voting Rights Act.

“Although we have different political backgrounds, we put that aside to draw districts in a fair and impartial way,” said Frye, a Democrat.

Billings, a Republican, said, “The members of the panel took very seriously the mission – to create congressional districts without considering politics. In the process we found that it is not possible to adhere to laws and court decisions applicable to redistricting without crossing county lines.” 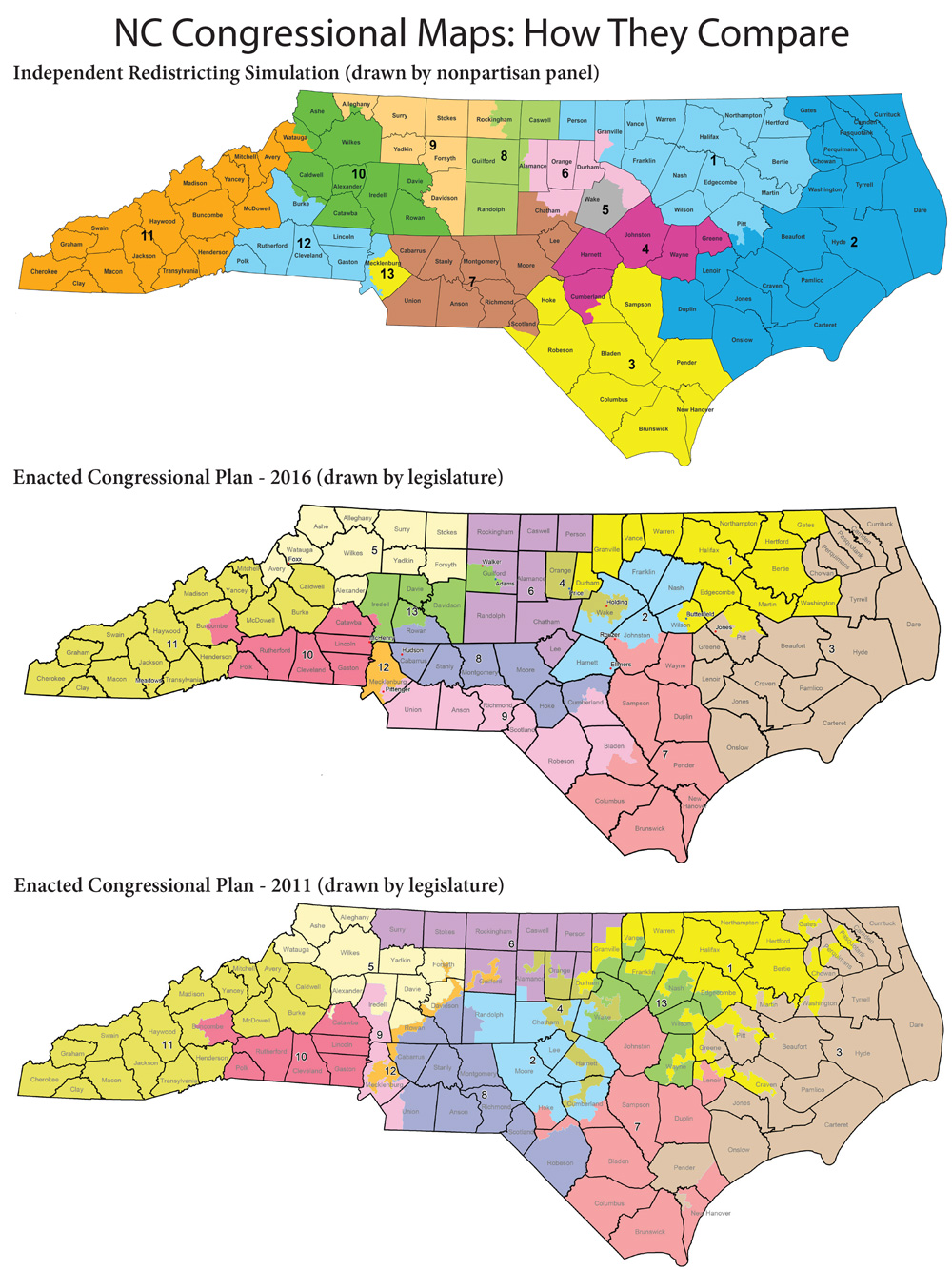 While the panel of former judges did not look at any political data when drawing the congressional map, the result is a more competitive set of districts than the existing congressional map created by the North Carolina General Assembly. 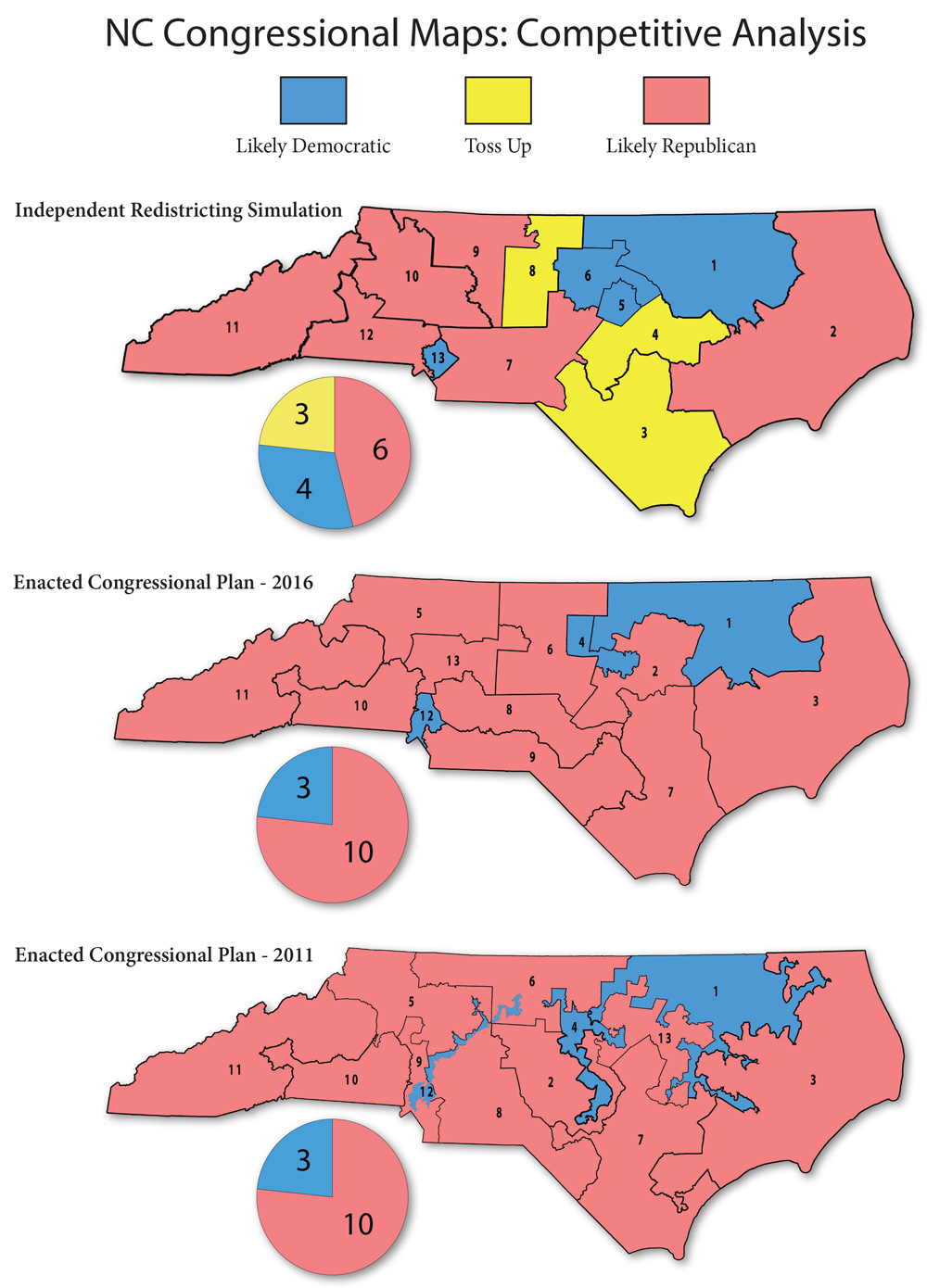 Tom Ross, former UNC system president and the Terry Sanford Distinguished Fellow at the Sanford School of Public Policy, initiated the project and advised the panel of judges during the redistricting simulation.

“The panel did an outstanding job of following the clear criteria of achieving equal population, compactness and compliance with the Voting Rights Act, while leaving out partisan political consideration,” Ross said. “We believe this exercise shows how impartial redistricting can produce voting maps that are free from partisan gerrymandering and accurately reflect the population of North Carolina.”

The legislature is responsible for drawing North Carolina’s federal congressional and state legislative districts. However, the process has frequently led to controversy, with more than 30 court interventions in the state’s redistricting process over the past three decades.

Earlier this year, a federal court ruled that the legislature had unconstitutionally gerrymandered two of the state’s 13 congressional districts along racial lines. That ruling forced the N.C. General Assembly to redraw the districts and delayed the state’s congressional primaries from March to June.

The current system produces consistently safe congressional districts, Ross said, in which elected representatives can ignore voters who disagree with them and respond only to the like-minded people who elect them. The result is polarization, gridlock and “loss of belief in our democracy,” Ross said.

Bob Phillips, executive director of the nonpartisan organization Common Cause NC, said there is increasing support for independent redistricting in North Carolina.

“We are seeing growing agreement among voters and political leaders from both sides of the political aisle that we need to take partisanship out of the way voting maps are drawn in North Carolina,” Phillips said. “The work done by these former judges shows how a truly impartial redistricting process could be successfully adopted in North Carolina.”

Phillips noted that both Republican Gov. Pat McCrory and Democratic Attorney General Roy Cooper are on record opposing gerrymandering, as are former governors Jim Hunt, a Democrat, and Jim Martin, a Republican. In April a Public Policy Polling survey found nearly 60 percent of North Carolina voters would favor an independent system of redistricting. Just 9 percent opposed such a move. 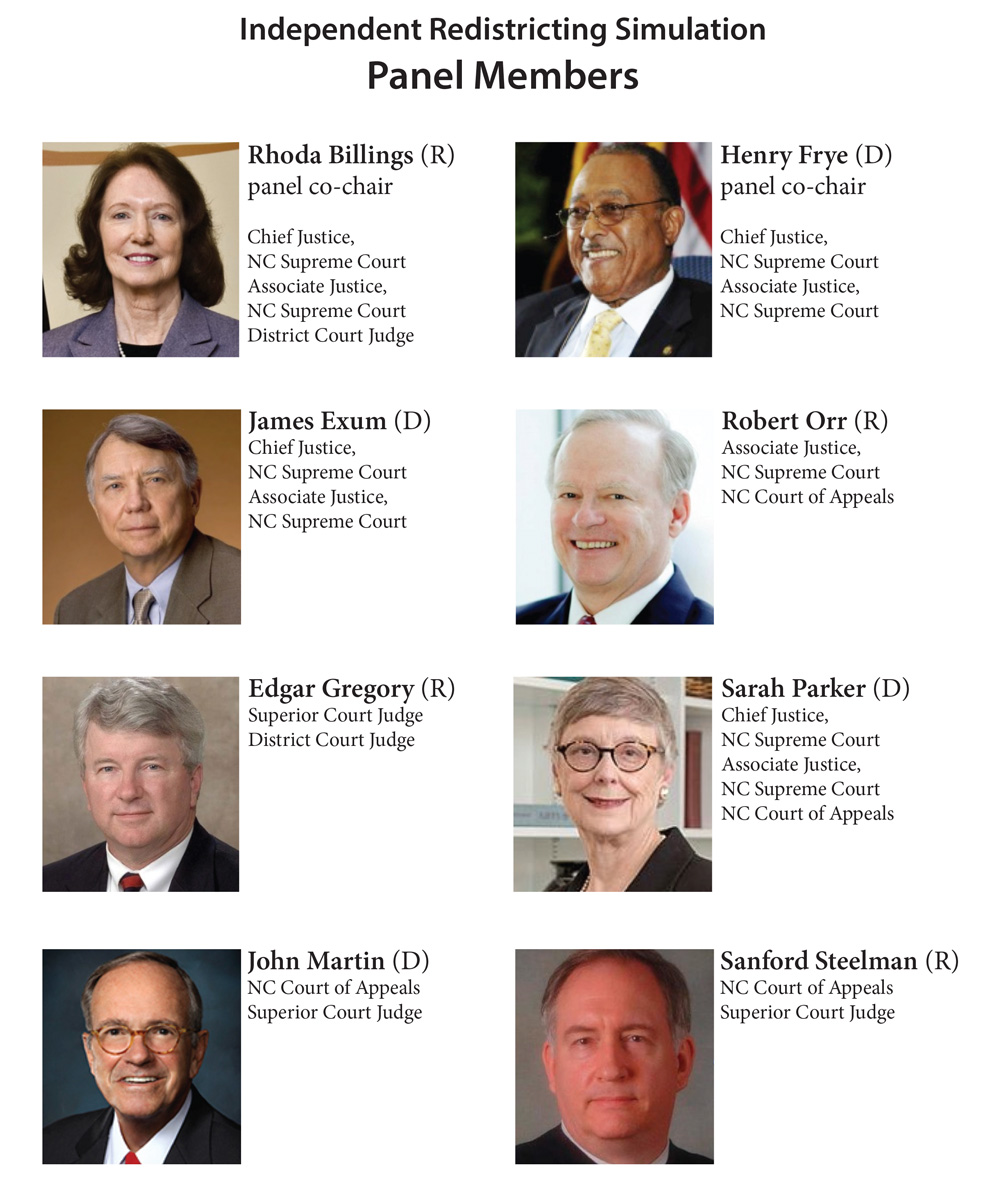 Common Cause NC Democracy Fellows speak up for HBCUs in Congress