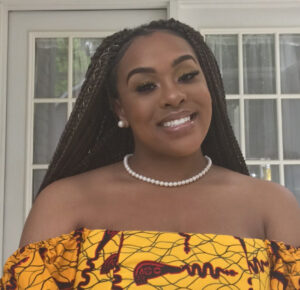 For the majority of my grade school years, I participated in Teen Court, a program involving teen volunteers who are trained in traditional court protocol and conduct hearings for various misdemeanor cases. One of the most crucial deciding points of each case was the careful selection of jurors. Jurors would have to swear under oath that they had no bias or prior knowledge of the defendant.

I served as a juror, defense and prosecuting attorney, and eventually a peer judge. No matter what position I held in Teen Court, one thing was essential to me: Everyone deserves just treatment.

I assumed that our technique of jury selection was how the real court system worked, providing equitable consideration. Now, as a college student and a Common Cause Democracy Fellow working to increase youth participation in elections, I have found that is not the case.

The North Carolina Supreme Court is currently considering several cases in which there is evidence that Black citizens were denied the right to serve on juries simply because of the color of their skin. In one case, the prosecutor admitted that he struck a Black woman from the pool of potential jurors because of her support of Black Lives Matter. This kind of blatant discrimination is a problem across North Carolina.

Based on statewide studies of jury selection as well as the Jury Sunshine Project, prosecutors remove about 20 percent of African-Americans available in the jury pool, compared to only about 10 percent of whites. Prosecutors in urban areas, which tend to have larger minority populations, remove nonwhite jurors at a higher rate than in other parts of the state. In the same manner, judges also remove Black jurors “for cause” about 20 percent more often than they remove available white jurors.

This racially skewed trend, played out across many cases, is a cycle that negatively affects our justice system. As a result, the defendant is not judged by a jury that properly reflects their community. Many defendants’ cases are determined by white jurors who could not begin to relate to what a Black person experiences through their lifetime.

As a Black woman, it is incredibly upsetting that my civil right to serve on a jury could be denied so unfairly. It is difficult to trust a justice system that erects barriers to jury service not just for me, but for people of color throughout the United States. The issue of jury discrimination affects young people who are just familiarizing themselves with the justice system because they already have a presumption of distrust with the justice system based on previous observations.

Jurors decide whether someone will walk free, spend the rest of their life in prison, or face execution. It is wrong to have the opportunity to be a juror taken away simply because of the color of my skin. Juries need people like me, who can relate to the experience of being a Black woman in America.

Black people, in particular women, have had so many opportunities taken away from them based on their skin color. It is unfair to exclude our voices and invaluable perspectives from the justice system.

The North Carolina Supreme Court should overturn cases where there is clear evidence of discrimination. In doing this, the court will demonstrate that it is ready to finally enforce laws prohibiting racial discrimination in the jury selection process.

The N.C. Supreme Court would be sending a strong message to all citizens that the days of prosecutors striking Black jurors with impunity are over. That could ultimately change North Carolina’s deplorable record of never having enforced laws against racist jury strikes.

Ashley King is a Democracy Fellow with Common Cause NC and a native of Rocky Mount, North Carolina.