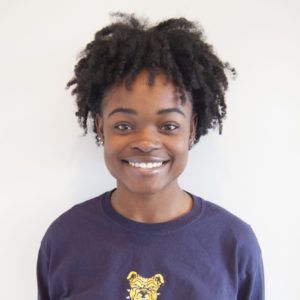 Historically Black colleges and universities for decades have been the places where revolutionary Black activists, Black politicians, Black changemakers, and Black entertainers were produced. Graduates from HBCUs—such as Martin Luther King Jr., Oprah Winfrey, Toni Morrison, and Al Sharpton—have gone on to create necessary shockwaves in the world, changing the face of social structures and cultural standards, not just for Black people, but for all American citizens.

HBCUs cultivate inclusive and diverse environments. Their students are welcome to question what it means to have freedom, and what it means to be politically engaged. My HBCU, North Carolina Agricultural and Technical State University (NC A&T SU), has done this for me, and more, throughout the four years I have been a student here.

I pay close attention to the way learning is facilitated on campus. My professors encourage inquisition, and they strive to teach students how to think—not what to think. The legacy of the A&T Four is something we celebrate every February, as a way to commemorate the courageous leap that four freshmen took in integrating American society. Their stance shook the world politically, even though they had no formal instruction in the arena of politics.

As I think of all the changemakers that have come out of HBCUs, and transformed the face of politics as a result, it makes me wonder how much more of an impact could be made in the future with one monumental change. If there were a conscious effort from our universities’ administrations to ensure that each student that came through their school had a well-rounded understanding of what civic engagement meant, the world would shift for the better. Instituting politics on HBCU campuses would look like the cultivation of politically aware mindsets in young people, the transformation of the next generation, and the creation of a Black youth that is on one accord.

To date, there are no HBUCs in the country that have formally instituted politics on their campuses. However, predominantly white institutions (PWIs)—such as Harvard University, the University of Chicago, and American University—have successfully introduced Institutes of Politics on their campuses. Because young people, aged 18-30, are the least likely to go out and vote, it follows that we should target that group of people with a political education. Young Black people form a huge voting block. If we could encourage them to use the electoral process to their advantage, we could see the shift in our daily livelihoods that we have been advocating for for so long on social media, in social settings, and in our conversations about lasting change.

Colleges and universities are charged with providing their students with all the tools they will need to be successful in the real world. Some students that I have spoken to at A&T voiced genuine opinions, claiming that their votes do not matter, and that they are not “interested” in politics. Hearing statements such as these continually sparks a fire of curiosity within me; for these are the same students who do not understand that the roads they drive on are paved by local government funds and that the Pell Grants they are given to attend school are approved by the federal office of financial aid.

I adamantly believe that our education system is the driving force behind true transformational change in our day to day lives. Our schools should be tasked with making us understand how important it is to interact with our society on a civic level. It is our duty, and our right to do so. If HBCUs were to institute politics on our campuses, by giving us the tools we need to interact in that way, we could create environments where we stop feeling disenfranchised by the system.

Instituting politics at HBCUs would provide students with arenas to build connections with politicians on Capitol Hill, it would provide students with the tools to create real political policies, and it would create the chance for us to start drafting newsletters. It is essential that young Black people understand what other Black youths think about the current climate of politics in America. It is only then that a unified block of Black voters can begin taking control of their lives, as opposed to allowing white lawmakers—driven by corrupt businessmen with agendas—to do it for them.

It is my demand that HBCU students are given the opportunity to take civic control of their lives. Instituting a school of politics will cultivate this environment for us, where we are not bogged down with political thinking only during election seasons. There would be space for students to hold forums about women empowerment and Black people in politics. It would give students a chance to interact with the political arena outside of voting, which is what the mainstream media would have us believe is the only way of doing so. Institution of politics ambassadors and fellowships could be offered, attracting students from high schools and surrounding PWIs.

With a concentrated effort, the correct team of dedicated individuals, and the proper funding; these institutes could get off the ground and open for instruction sooner than we think. As a result, the next generation of politicians will strive as a unified body—only for the betterment of our society, and not with the agenda of weakening party platforms. It lies in the hands of our HBCU administrations to provide the go ahead for such an undertaking, but in the long run, the benefits would far outweigh any conceivable risks.

Love Caesar is a student at NC A&T State University in Greensboro and a Democracy Fellow with Common Cause NC.

Students can, and will, save our democracy

Building Democracy 2.0: How the Idea of Freedom Makes the First Innovation Possible