I Am Not An Angry Black Woman – Period. 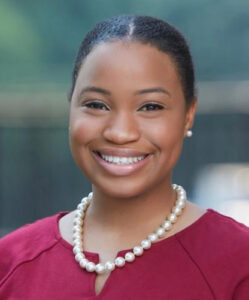 The word angry is defined as “feeling or showing strong annoyance, displeasure, or hostility.” However, I believe that “angry” means “to show passion or feeling for something that does not work in your favor.”

Every day, whether in the home or in professional spaces, black women are seen and described as angry. We are seen as sassy, bossy, and loud. We are not allowed to express our emotions entirely without being criticized and scorned. But a black man? A white woman? A white man? They are all allowed to shout and have a tone of annoyance that is usually angrily verbose and unprofessional, yet their responses do not encounter similar scrutiny.

The problem lies when I and other black women react in a similar way. When people see us forcing our eyebrows together, pointing our fingers, rolling our necks, or simply raising our voices, it is said that we are being hostile or aggressive. It baffles me when I am told to chill or relax for doing the same as someone of the opposite race or sex.  I am a black woman that should be allowed to share her feelings without being chastised like my racially diverse colleagues. I should not be labeled as something I am not. Because I know all too well that my legal identification documents do not list me as an angry black woman! Period.

I believe the most upsetting part of this stereotype is the amount of money that people make from supporting this narrative. Filmmakers, writers, journalists, musicians and so many others have successful careers built around upholding and perpetuating this narrative. They focus very little on what the problem is and instead emphasize the black woman’s reaction. For example, the famous movie Diary of A Mad Black Woman is considered a romantic comedy-drama. Let us stop here – are we seriously creating jokes from a black woman’s pain?

The movie’s plot is based on a rich couple that seems to have their lives together. However, the husband continually misuses his wife by disrespecting her and having numerous affairs. The wife on the other hand, gives her all to this relationship as it has been her biggest accomplishment in life yet. On the couple’s anniversary night, the wife walks into her home, surprised that her belongings are packaged, and another woman is moving into her home. This is the root reason for her reactions throughout the rest of the movie. The wife struggles to be open to another man and relationship. She returns to her husband’s mansion and vandalizes it completely. Simultaneously, she verbally, emotionally, and physically abuses her ex-husband when he becomes ill.

While this is only one movie that chooses to highlight how a black woman reacts when she is disrespected, ignored, challenged, and hurt there are many others. Some examples include I Can Do Bad All By Myself, and Amos ‘n Andy. In addition to these movies, books and magazines like The Death of An Angry Black Woman, That Damn Angry Black Woman, and Accusations of A Mad Black Woman make it all seem like it is okay for the world to just see a black woman as the issue. I am a black woman that believes that it is unfair and truly foolish for the root of the problem to be ignored.

It is 2021 and I am still at a disadvantage because I am a woman. When we stitch in that I am black, I encounter more professional inequality. I may never receive equal pay or even be seen as an equal individual. Statistics show that for every dollar that the white man makes, the black woman only makes 62 cents. This life is completely unjust for us.  I am a black woman that is exasperated, exhausted and frustrated that the world looks down on me.

“Black women are the most disrespected people on this planet,” according to Malcolm X. Decades later, this statement still stands true. No later than this April, a white man boldly refused to call a black woman the way she requested to be acknowledged. Tony Collins, a member of the Greensboro Zoning Commission, refused to acknowledge Dr. Carrie Rosario’s doctoral title. Dr. Rosario is an associate professor at UNC Greensboro. In a public Zoom meeting, the white man refused to place “Dr.” in front of her name when talking to her. Dr. Rosario asked multiple times for him to correct this, and he persistently declined.

What would the case be if she did not recognize him the way he would like to be? What if she was a white woman instead of a black woman? He expected us – yes, us – to settle for the bare minimum? Yet he would not tolerate the same. Way too often, people believe that they can disrespect black women. Dr. Rosario is living proof that black women refuse to tolerate incivility and inferiority. I am a black woman that is confident, secure, and unreserved.

One day, I hope that the rare and true nature of the black woman is seen for what it is.  The truth is simply this, a black woman should only be defined as an oddity that frightens the masses due to the realization that we are indeed a powerful force to be reckoned with. Nothing else should be our social label but due to us ignoring the cries for us to be unconditionally tamed we will always be deemed to be something grotesque.

I am a black woman that will demand respect from the rest of the world because the world does not give it to me freely.

I AM not an angry black woman. If someone referred to you all of your life as something that you are not, wouldn’t you be angry too?

Jameliah Pinder is a student at Shaw University in Raleigh and a Democracy Fellow with Common Cause North Carolina. Learn more about the HBCU Student Action Alliance.

Where is the Dream?