Gender equality: When will it happen? 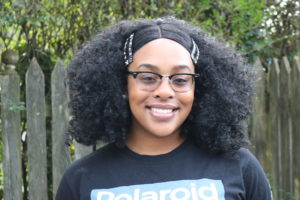 The 19th Amendment, which gave women the right to vote, was introduced in 1878 and it took almost 50 years for the amendment to pass. All men in the United States had the right to vote by 1870. Why is it taking so long for women to be accepted as equals in society? Why did it take so long for women to gain this fundamental right? What is being done to make steps toward gender equality?

These, among many others, are questions that need to be answered immediately.

Gender equality is the state in which both men and women enjoy the same rights, resources, opportunities and protections without discrimination. Although this is ideal, it does not insure that a woman will be treated with the same respect as with a man. Gender equality, or the lack thereof, continues to be one of the most widespread issues in society today. For every dollar a man makes, a woman makes 82 cents. This produces a 20 percent gender wage gap.

Many stereotypes suggest women should be a quiet and obedient object used by men in whatever capacity they are needed. Women have rarely been viewed as humans with their own individual minds, beliefs and futures. Common gender stereotypes are often seen through advertisements. A study on gender in advertising found that only three percent of advertising depicted women as leaders and two percent conveyed them as intelligent beings. We are living in a world that continues to view women as “less than.” These advertisements are created to illustrate a narrative that marginalizes and silences women and to distract people from recognizing our true worth.

Gender roles are the behaviors learned by a person that is believed to be appropriate to their gender, determined by prevailing cultural norms. Although gender roles and the rights of women have changed since we have entered the 21st century, there are still numerous underlying issues that are preventing gender equality. Sexist mindsets do not only reside in the minds of men, but women also believe there are “masculine” and “feminine” roles that cannot be reversed.

A child may internalize sexism without knowing what it is. For example, a boy may associate girls with dolls, drawing or cleaning because of what their parents instilled in them at an early age. Likewise, a girl would expect to see a boy playing with trucks, guns or sports-related toys. I have seen this occur in my own home and it is disheartening to know that we live in a world where society fuels a narrative about how children should interact and view the opposite sex.

2019 has been a historic year for women. There are more women serving as a member of Congress than ever before, and a record number are running for president in 2020. Fifty-six of 146 nations have had a woman serve as a head of state. In these countries, women have led for five years or less. In the year 2015, there were only 21 women who served as head of state in the world. Women’s rights is a global issue; in India, women are just now being allowed to attend school. Although this is a wonderful achievement, there are still some underlying issues going on. The same women are being burned with acid and even killed for simply trying to get an education.

In 1972, Title IX was enacted which guaranteed women the right to education free from discrimination based on sex. This was less than half a century ago and is in fact quite recent – yet we hear stories about women not being smart or good enough for rigorous educational programs. It can take a very long time for everyone to adapt and push for the world we want to live in. If our current rate of progress continues, the gender gap will not be closed until over a century from now. This is unacceptable and there is no legitimate reason for this. Conditions will not change if there are only a few people are willing to amend the problem. Men, women, and all people must work together to coerce and encourage equality.

What can we do as a people on a daily basis to promote gender equality? First, we can evaluate ourselves critically. We can ask ourselves if there are any stereotypes we are feeding into unknowingly.

Does your watching or listening content contain stereotypes disguised as dark humor or under a nice instrumental by your favorite artist? Are you making comments about one sex that you would not do for the other? Next, we should try to avoid sexist language. Be mindful of the pronouns you use and try to find a gender-neutral pronoun when appropriate. Try not to use sex-linked job titles such as fireman, policeman or mailman, but instead use phrases such as firefighter, police officer and postal worker.

Finally, let’s start a dialogue. If you are confronted with gender stereotypes, speak up. Explain how these things make you feel and encourage people to change their way of thinking in this situation.

In September of 1995, Hillary Clinton said, “Women’s rights are human rights, and human rights are women’s rights, once and for all.” Women are amazing not only because of their amazing anatomy, but also because they possess skills that set us apart. According to Forbes, these skills include, but are not limited to, being network professionals, being efficient in leadership skills and positions and even being a safer driver.

Women present unique personalities, incredible wisdom and a creative concept to any situation. We as women are leaving no stone unturned to achieve notable positions and the maximum respect that we have worked so diligently to deserve.

Ashley King is a student at Bennett College in Greensboro and a Democracy Fellow with Common Cause NC.