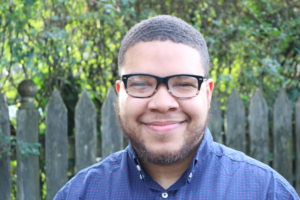 In a scene that reflected some of Hollywood’s greatest productions, I stood in front of my dorm after leaving a meeting of the SGA’s Election Committee in utter disbelief as the unthinkable unfolded before my eyes. After a week of “good politicking” on campus, which resulted in the adoption of a new constitution – my crowning achievement as a student leader – an invisible enemy had finally arrived at the gates of Shaw University, COVID-19.

At that point, nearly four months had passed since the virus was first discovered in China and, with arrogance, my colleagues and I disregarded warnings that the virus could one day reach us, even as the first case was reported in Washington State, until it reached Raleigh and my hometown of Winston-Salem.

I received a text in a group chat which had become a think-tank of SGA’s senior most members, labeled “TOP SECRET,” containing a letter written by Shaw University’s president announcing that the university would not return at the conclusion of spring break, almost stranding over 4/5ths of the student populations wherever they decided to take their vacation.

Uncertainty, fear, sadness, and frustration consumed me at once as I slowly came to realize that the world as we knew it had ended. Like many students across this country and indeed the world, I knew what this meant – my graduation would be delayed if not cancelled; my trip to D.C. to meet with members of Congress to discuss democratic reform would not occur; I would not be able to partake in SNCC celebrations as a panelist alongside civil rights leaders; and the three months of spring semester which was to be used in preparation for life post-graduation would be stolen from me.

These considerations were the first that came to mind – an expression of my selfishness and “first-world problems,” even as my neighbors and people across the globe faced the grim reality that death had taken on a new face, and was knocking at our doors.

All of us, Republican, Democrat, Socialist, Green, Libertarian, Independent – Caucasian, Native American, ADOS, LatinX, Asian, etc – were all joined against this thing which put on hold everything that we held dear. In a moment, what all had come to divide us didn’t matter, our motivations became pure, and our intentions ever clear, we must adapt in order to survive.

In this adaptation, however, the United States must be careful in what actions it takes over the next few months if not years, for everything that we have built and struggled for hangs in the balance; life itself hangs in the balance. Where once fights over healthcare reform pitted those who favored fiscal responsibility against those who favored government-funded healthcare, we have witnessed a monumental shift in the ideas surrounding healthcare altogether.

Even those renowned for their abhorrence of big government rejoice at the relief provided by the federal government in the form of stimulus checks, and have even begun to clamor for more assistance as unemployment surpasses Great Depression levels, and the livelihood of millions evaporates into thin air.

Those who were one paycheck away from financial ruin have been saved by municipalities and states who issued stays on rent collections – and companies themselves have issued bonuses for essential workers, and reworked their health benefits to cover those who have been infected by this disease.

It is said that every economic crisis or collapse brings with it the opportunity to reshape the nation. And so the question for us all must be, what kind of America must die with this disease, and which one must survive?

Age old fights over healthcare, voting rights, education, the social safety net, and the economy can no longer rely simply on traditional ideas, norms and values, for with every passing day, these increasingly become matters of survival in ways never seen before.

Savings accounts, already strained, will be emptied – mortgages and loans will default due to losses in income, and while people may be allowed to return to work, money will be limited for months if not longer – companies will have to reconcile the loss in profits by laying off workers and the financial crisis of 2008 and even the Great Depression will look like child’s play if the worst economic forecasts prove true.

The time is now for government to hear the needs of the people and introduce policies that will reinforce the systems designed to “save” us all. This will be our new reality – doom, and destruction – that is, if we let our inner most fears reign and control us and carry on with business as usual in our political lives. It has always been true, especially for communities of color and the impoverished, that our votes are married to our survival. However, in this new era that same fact must now be applied to everyone, and we must all vote and demand reform as if our lives depend on it.

In this, however, our work must not rest solely on voting, for we are witnessing how the courts, governors, and state legislatures are reconciling the pandemic response with our electoral systems. In North Carolina, and across this country, there must be a demand upon our elected officials to make safe the greatest expression of democracy, be it through absentee voting, automatic voter registration, livestreaming their proceedings on major social-media platforms, etc, in ways that radically holds to the open and free nature of American society, in spite of the pandemic. Failures to do so will expose those persons who may not have our best interests at heart, and the systems of both power which oppress those communities who are suffering most.

Every one of us has a choice, not just waiting for the day when we will be released from our homes and back into our “normal” lives, but to fight, advocate, and struggle together from our homes – and into our churches, schools, community centers, and places of work. History teaches us of communities across this nation who survive for decades through economic and health crises long after the society at-large has recovered – and in those stories of resilience, ingenuity, faith, and hope we can draw inspiration.

We can overcome the impossible things, for we placed men on the moon and rovers on Mars, when we once thought the earth to be flat and the universe spiraling around us. Our destiny is not bound to the economy, our future is not predicated upon the policies of government officials, but upon the sacrifice of communities and a dedication to uplift each other and rebuild.

Our democracy, today, stands under pressure but in that pressure diamonds can be made – and we must choose, to rise to this occasion or accept our own victimization.

De’Quan Isom is a student at Shaw University in Raleigh and a Democracy Fellow with Common Cause NC.

Students can, and will, save our democracy