Public business is the public's business. A democratic government is possible only if everyone has access to government information needed to engage their government and hold it accountable.

Join us: Increase transparency in the way our legislature conducts business

Public bodies that want to be trusted with our hard-earned tax dollars, the safety of our families, and the general health and well-being of our communities, must be open.

Government is what we do together that we can’t do alone. In Minnesota, open meeting laws and open records laws do not apply to the state legislature. There are two broad types of laws that provide you access to state legislative information:

To get access to legislative information, it is important to first determine whether the information you seek is subject to an open meeting or open records law, legislative session rules, or another law entirely.

The last stages of our legislative session are almost entirely closed to the press and public. Public meetings often are only for votes that are “rubber stamps” of pre-negotiated deals. The bulk of the Legislature is effectively sidelined while the four leaders and the governor work out a “final deal.”

Then, they go home and answer for these bills and the unintended consequences.

So, what’s the big deal? 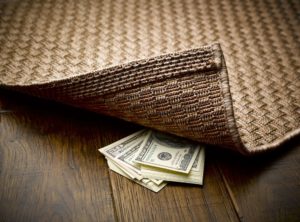 Minnesota’s Open Meeting Law is intended to protect Minnesotans’ right to know what is happening in our government. Unfortunately, the law does not include the legislature in its definition of public body found at Minnesota Statutes 13D.01.

Minnesota Statute 3.055  requires all meetings of the legislature to be open to the public, but this anemic open meeting law does not outline any notice requirements for the legislature. The Minnesota Open Meeting Guide can be found here.

Anyone may bring legal action against a public body they believe has violated the open meetings act. If the court finds a violation, it may assess fines of up to $300 to individual public officers. The court may also award attorney’s fees to the person bringing the complaint, or to the defendant if the court concludes the lawsuit is frivolous. If a public officer is found to have violated the law three times within the same public agency, the judge may remove the officer from office. This provision does not apply to the Minnesota Legislature, however. Once again – they are exempt.

What is possible when we hand power from government to citizens.

Citizens should not underestimate our power as voters and taxpayers. We can increase transparency in the way our legislators conduct our business by applying the Open Meeting Law to the legislative branch.