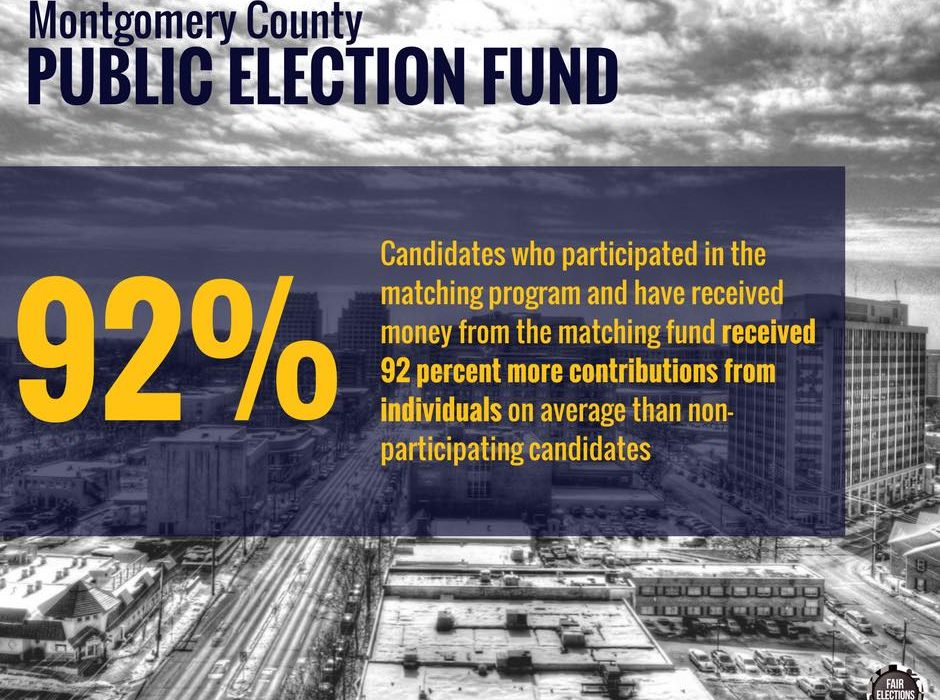 Early evidence suggests that the small donor program is working.

“Big money” – the large donations that come from a few mega-donors and special interests – dominates current American politics, shaping everything from who runs for office to a candidate’s ability to communicate their message to the public.

But it doesn’t have to be this way. Around the country, cities, counties and states are taking action to fight back against large donors’ dominance of politics. One such effort is the Fair Elections law adopted in Montgomery County, MD, which provides candidates for county-level positions with matching funds if they agree to accept contributions only from small dollar donors.

This report analyzed fundraising data released after the first reporting deadline for candidates in the 2018 county elections. Candidates participating in the small donor matching program are raising money from more individual people than those who are not participating. Our review of the data concluded that:

Early evidence suggests that the small dollar donor program is working. Other counties, cities and states should look to Montgomery County as an example of how to take effective and substantial action on campaign finance reform.

Campaigns in Maryland: Does it Still Cost a lot to Win?