Two years ago today, our nation watched in horror as a violent, extremist mob attacked the U.S. Capitol – fueled by conspiracy theories about the 2020 election that Donald Trump and his election denying cronies continue to spread.

I still remember exactly how I felt that day – shocked, outraged, and frightened about what this meant for our country, our communities, and our ability to have our voices heard.

It was a shameful day in this country’s history.

And adding insult to injury, 147 Republicans in Congress voted to overturn the election results – even after the day’s destruction, which 5 people lost their lives as a direct result of.

Lawmakers, staff, and journalists spent hours under siege and hiding from the violent mob. And the Confederate flag — a symbol of treason and white supremacy — had never been marched through the U.S. Capitol until that day. 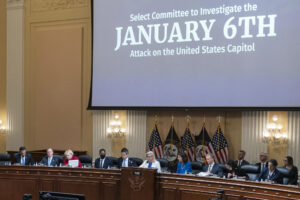 For the past two years, the bipartisan January 6th House Select Committee has dug into Trump’s plot to overturn the 2020 election – revealing text messages, emails, and sworn testimony showing just how far he and his far-right accomplices were willing to go to thwart the will of the people and seize a second term they did not win.

Based on that evidence, the Committee has formally asked the Department of Justice to criminally prosecute Trump, and laid out a plan to close the legal loopholes that he exploited to try and overrule the will of the voters.

Common Cause, fueled by volunteers, donors, and members like you, have been fighting tirelessly to hold the far-right forces behind January 6th accountable – while working on the ground to make sure that voters could safely and securely make their voices heard in the 2022 elections. 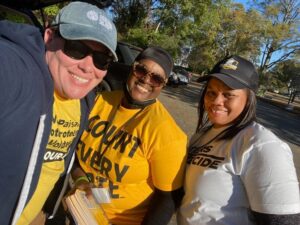 With your support, we ran the largest national election protection program for the 2022 midterm election, helping voters make their voices heard, even in places with new and confusing voter suppression laws. We sued to protect the freedom to vote in states like Massachusetts, Nebraska, New York, North Carolina, and Pennsylvania.

We sent thousands of letters to legislators pushing back against voter suppression, and earning big redistricting and voter access wins across the country.

And we supported the January 6th Committee’s work – calling for the resignation of lawmakers who tried to overturn election results, winning key reforms like the Electoral Count Reform Act to protect our democracy against another attack, and sharing information about the key takeaways of each of the Committee’s public hearings.

But the very politicians who helped incite the attack have simply doubled down on their anti-democracy lies.

We’re still fighting the consequences of the Big Lie – and while voters rejected election denial and intimidation in 2022, we know that vote suppressors will stop at nothing to implement their anti-voter agenda before 2024.

January 6th, 2021 should be a wake-up call for every one of us – a sign that our democracy is facing unprecedented threats that we must be prepared to meet.

But too many, in the media and in elected office, are still acting as if we’re in normal times – or that the midterm results mean the threat has passed. We do so at our own peril and at our democracy’s peril.

I still believe, as I know you do, that government of, by, and for the people is a principle worth fighting for. And we will continue fighting for comprehensive pro-voter, anti-corruption reforms like the Freedom to Vote Act and the John R. Lewis Voting Rights Advancement Act. I hope that in the coming weeks, months, and years we’ll be able to count on you to speak up for our democracy – and help ensure we leave a stronger one for the next generation.

Quiz: How Much Do You Know About the Office of Congressional Ethics (OCE)?

Gerrymander Gazette: End of the Year is Near Edition