As this record-breaking government shutdown harms our economy and reputation in the world, the real hurt is felt by public servants in the federal workforce. It's time for us all to step up to help our neighbors. Lenny Mendonca has taken a leave from the Common Cause National Governing Board to serve as Chief Economic and Business Advisor to Gov. Gavin Newsome in California. He is Senior Partner Emeritus at McKinsey. 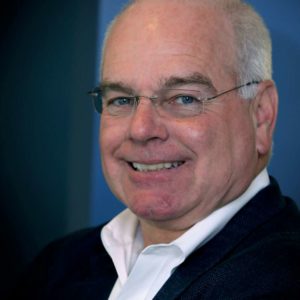 As we near the end of the fourth week of the longest government shutdown in American history, it is abundantly clear that the impact of the shutdown is wreaking havoc on our economy and on the lives of the 800,000 federal employees who have been furloughed or who are working without pay and thousands more laid-off government contractors. They are being played as pawns in the government shutdown.

With no end to the government shutdown in sight, there’s a need not just for immediate assistance but also for longer-term solutions to help impacted workers recover what they have (and will) lose as the shutdown drags on.

Thankfully, there is a wave of support building across the country of community leaders who have the backs of these workers and their families — their neighbors. Local governments, banks, credit unions, philanthropists, businesses (big and small) and private citizens are stepping up to provide their support. Some examples are: State governments are partnering with private partners to help their citizens weather the storm. Many of California’s Credit Unions are providing interest-free loans and skip-a-payment schemes. Big businesses are waiving late payment penalties and restaurants are offering free food and gift cards. And private citizens are volunteering their time to overburdened food banks and donating their cash to the 1,500 + GoFundMe pages started by desperate workers (more than $300,000 raised).

It is not a moment too soon! And more help is needed!

A typical federal employee has missed $5,000 in pay from the government shutdown, that’s a total of 200 million dollars in unpaid wages each workday. By now, most impacted workers have exhausted their personal savings and are starting to default on their monthly bills, let alone thinking about spending in such an uncertain future. Those who depend on every paycheck to get by are now more vulnerable than ever to predatory payday lenders and other bad actors who will try to take advantage of the plight of these public servants. Any lender that takes advantage of these hard-working Americans, should be ashamed and they will be seen for what they are.

Data from the Office of Personnel Management shows that a California federal worker earns $81,333 on average per year. Of California’s federal workers, 14 percent earn less than $50,000 per year. Even at these salaries, more than 30 percent of the American population has less than $1,000 stashed away for a rainy day. Given that California’s poverty rate is already the highest in the country with the cost of living factored in, one missed paycheck could throw thousands of public servants into poverty.

The New York Times reported that the administration now calculates that the shutdown reduces quarterly economic growth by 0.13 percentage points for every week that it lasts — the cumulative effect of lost work from contractors and furloughed federal employees who are not getting paid and who are investing and spending less as a result. That means that the economy has already lost nearly half a percentage point of growth from the four-week shutdown — a self-inflicted recession.

Even as the White House economists doubled projections about how much economic growth is being lost each week, their top economic adviser compared the shutdown to a vacation, saying furloughed workers are “better off” because they didn’t have to use vacation days. The last thing stranded workers are thinking about is a vacation. They are trying to raise and or borrow money, including tapping their 401k plans. Leaving them vulnerable to predatory payday lenders as they struggle to stay afloat. Entering into their second pay period without a paycheck, these workers are making difficult financial decisions and tradeoffs, like whether to pay their mortgage, their car payment or feed their families? The kinds of decisions that should not be debated by working families with good jobs.

While measures are being taken to allow for unemployment insurance for impacted workers, as was recently announced in California, it does not cover enough of these workers income to avert what will surely be a personal financial crisis for them and indeed for the local economies that they support. There is a deeper trickle-down effect to the shutdown beyond federal employees and contractors that extends to the people that they employ, such as caregivers and to the services that they procure such as tuitions, restaurants, shops, museums, and parks (those that are open anyway).

There have been early movers from across the nation that are leading the way to help and support these workers. They have understood the urgency of creating a safety net for all workers impacted by this artificial and self-inflicted crisis. They should be celebrated for putting these workers and their families — their neighbors — first! Offering them some measure of relief to what is a truly an unfair and undeserved predicament for loyal public servants. Although these are important first steps, they are a drop in the bucket compared what these workers will need and what we can collectively do. It is a crisis. An economic one. A human one. And in moments of crisis, this country at her best always comes together to support one another and to strengthen one another. Let’s hope America’s neighbors continue to step up and help their neighbors. We are all neighbors.

This piece originally appeared on Medium.