Justice Jackson reminded all of us that the 14th Amendment “was drafted to give a constitutional foundation for a piece of legislation that was designed to make people who had less opportunity, and less rights, equal to white citizens.” 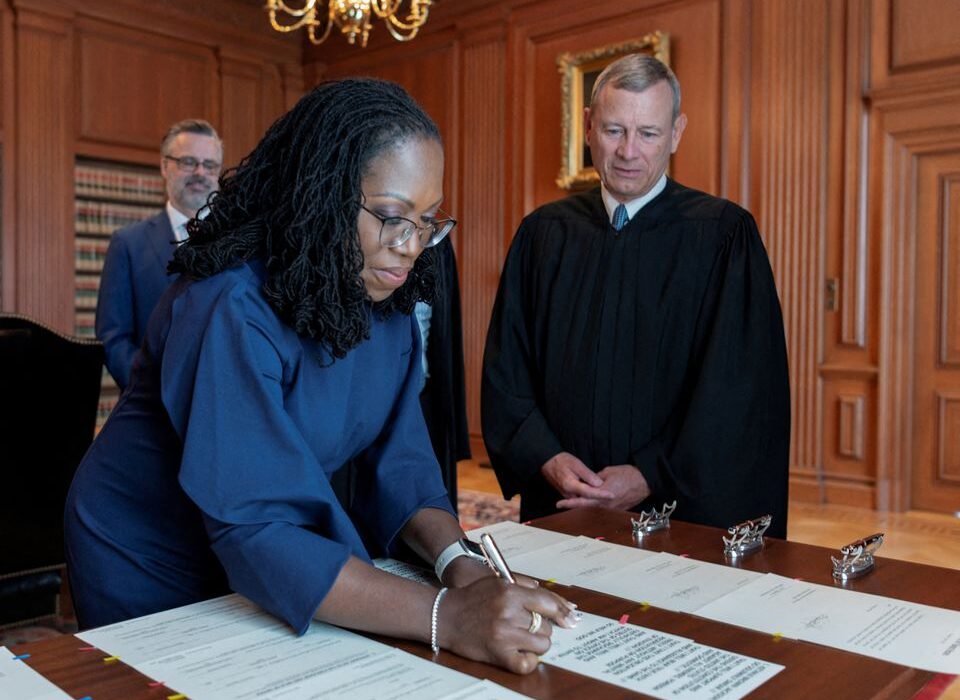 She gave a history lesson to Alabama’s Solicitor General, explaining why the 13th, 14th, and 15th amendments not only allow for the kinds of remedies specified in the Voting Rights Act, but that these remedies are exactly in line with the expectations of the amendments’ drafters.

Justice Jackson reminded all of us that the 14th Amendment “was drafted to give a constitutional foundation for a piece of legislation that was designed to make people who had less opportunity, and less rights, equal to white citizens.”

Alabama’s argument that the “plain text” of the 14th Amendment requires that redistricting maps be drawn without consideration of race is phony – there is no neutral plan, especially in states where race plays a critical role not just in shaping communities, but determining political outcomes.

The Reconstruction-era amendments are not about ignoring race – they are about providing more opportunity and more rights for disenfranchised communities of color.

Justice Jackson’s history lesson delivered on the bench was necessary to set the record straight. It laid bare the fact that Alabama’s argument simply does not work. It is not grounded in the experience of communities in Alabama, nor is it grounded in history.

This is exactly what we’ve been saying in courts for years, and it’s a big win to have another emphatic and clear-minded advocate on the courts.

Why is this so crucial? Well as we’ve written about before, Common Cause has been fighting unjust North Carolina election maps for years.

Before the Supreme Court alone, we’ve fought partisan gerrymandering in Common Cause v. Rucho, and we’re now fighting the so-called “independent state legislature theory” in Moore v. Harper – another argument with no historical basis that would upend our elections.

I hope you will join our fight for fairness and make a contribution towards our legal effort to defend the checks and balances our democracy was built on.

Our lawsuit is going to the Supreme Court -- can you pitch in to help us WIN?

Our effort to stop gerrymandering in North Carolina is going to the United States Supreme Court.

If we don’t give it everything we’ve got, we risk losing one of the last – and most important – safeguards we have against the tidal wave of anti-democracy power grabs we’ve seen since 2020.

We need your help to ensure that we’re ready for this fight. Can you rush your contribution today?