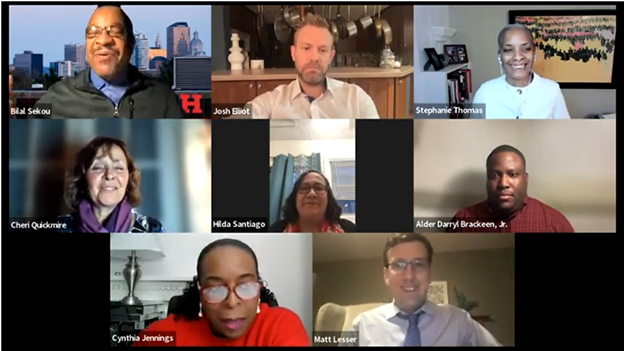 Common Cause in Connecticut sponsored a nonpartisan issues forum for candidates for Secretary of the State last night, March 31st, 2022.

A recording of the forum is available here.

All current candidates were invited to the nonpartisan forum. The following candidates participated:

All Secretary of the State candidates have also been asked to respond to the “Our Democracy 2022” questionnaire. Candidates’ answers are available here.

Last month, 75 grassroots leaders and organizations sent a letter to General Assembly leaders urging them to pass a “Freedom to Vote Agenda” including

Read more about these legislative priorities here and read the letter to legislative leaders here.