As this 86th Texas legislative session comes to a close, we wanted to give a quick update on wh 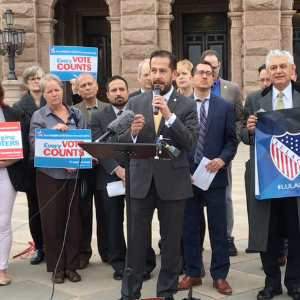 at happened in this session on voting and democracy issues.

A couple quick notes first – first and most importantly, having worked in Texas politics since 2002 including many legislative sessions, I have to say – the coalition of voting rights advocacy organizations and legislators who aligned to oppose voter suppression measures this session was both unprecedented and amazing. I firmly believe that many of the attempts at voter suppression we saw would have been successful in past sessions, but the coalition that organized to fight back proved to be a force to be reckoned with. It was a huge honor for us at Common Cause Texas to be a part of that coalition.

Also, at the beginning of session, we had our legislative agenda, basically a list of policy priorities that were positive and would have gone a long way towards addressing our severe participation problem in Texas. A few of the positive reforms passed, but for the most part our time and energy this session was spent fighting bad bills.

It became clear fairly early in session that positive voting reforms weren’t going to happen now – and wouldn’t happen in the future unless there was an organized, loud, long-term advocacy campaign in place to make them happen. So that’s exactly what we’ve been working on – stay tuned for details on that in the next couple weeks!

One last note – remember that many of these I have listed as having passed still require a sign-off by the Governor  and there’s always the possibility of a veto :\

As I said, the vast majority of our time and energy this legislative session was devoted to fighting various forms of voter suppression – David Whitley’s voter roll purge, David Whitley’s nomination to be Secretary of State, Senate Bill 9 – the worst voter suppression bill we’d seen in years, and then once SB9 died there were attempts to attach pieces of it to other bills.

David Whitley’s Voter Purge: This attempt to purge the voter rolls was a dumpster fire from day one. It succeeded in propping up the voter fraud bogeyman – and maybe that was the main point all along – but it was a massive failure by every other measure. Despite the extent to which it was such a complete and utter fiasco, Whitley refused to give up on it until a court finally made him do so.

The Whitley Nomination: We, and many voting rights advocacy groups, rarely get involved in nominations of appointed state officials. Just about all of us made an exception for David Whitley. The guy behind the voter purge fiasco clearly could not be allowed to be confirmed to be our state’s chief election officer and as I’m finishing this post, his nomination is officially dead!

Anthony Gutierrez, executive director of Common Cause Texas — one of 35 advocacy groups that on Thursday called on Senate Democrats to unite against Whitley — said the result was a win for voting rights.

“Texans deserve a secretary of state who is committed to making voter suppression a relic of our past rather than one who is actively working to suppress votes himself,” Gutierrez said. – Austin American Stateman, 2/22/2019

Senate Bill 9: This was the worst voter suppression bill many of us had seen in years. And in Texas, that’s saying a lot. This is the kind of bill that would have probably passed in past sessions, this session it ran into a powerful coalition of legislators, advocacy orgs and community groups – and was defeated. 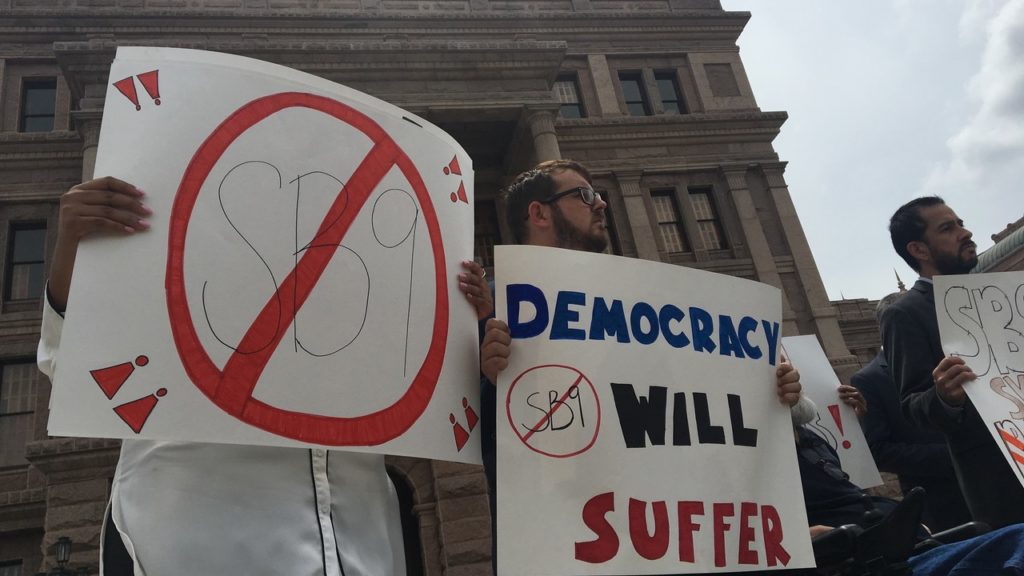 “This is a huge win for voting rights and against voter suppression,” Anthony Gutierrez, executive director of Common Cause Texas, said in a prepared statement Sunday. “These fights are not over and we continue to be vigilant in watching for attempts to amend pieces of SB 9 onto other bills.” – Dallas Morning News, 5/19/19

House Bill 2911: Once a court ordered the voter purge to end and SB9 was killed, naturally there were attempts to revive both by amending them onto other bills. In this case, both got attached to HB 2911, those amendments were forcefully opposed and eventually removed from the bill.

House Bill 1888: One voter suppression bill we were not successful in killing was this one, which effectively ends mobile voting, such as when a county elections administrator has a team go set up a polling station at a nursing home for a day during early voting. This will unquestionably will have a disproportionate impact on communities of color, low income communities and the elderly.

While there weren’t many good voting bills that got passed by this legislature, there were a few, such as:

House Bill 53: This bill by Representative Ina Minjarez does a number of things to improve the training that children in foster care receive. With passage of this bill, that training will now include, for young people 17 or older, lessons on civic engagement, including the process for registering to vote, the places to vote, and resources for information regarding upcoming elections.

House Bill 933: Most people in large metro counties would be shocked to learn how many of mid-size and smaller counties do not have accurate and useful election information posted on their websites. This fantastic bill by freshman Representative John Bucy creates a requirement for all counties to post all notices and postings concerning various aspects of the electoral process, including materials concerning poll site locations and hours, voter registration, contact information for elections’ offices, and ID requirements, on their websites.

House Bill 1421: This bill by Representative Celia Israel will help protect our election infrastructure immensely by requiring all counties to participate in cybersecurity training and risk assessments of their work environments

HB 1130: One of the problems with getting people engaged and voting in Texas is a lack of resources. The state allocates almost nothing towards voter education – HB1130 by Representative Gina Hinojosa was a smart approach to tackling that problem. Her bill creates a “Register to Vote” license plate with profits going towards voter education (we’ll be getting ours as soon as they’re available!).

House Bill 2909: This bill did not pass but I dropped it in because the bill was amended at the last minute to include a provision that would have required all voting machines in Texas to be able to produce a voter verifiable paper trail. This is a policy we need to adopt in Texas and we came very close this session. 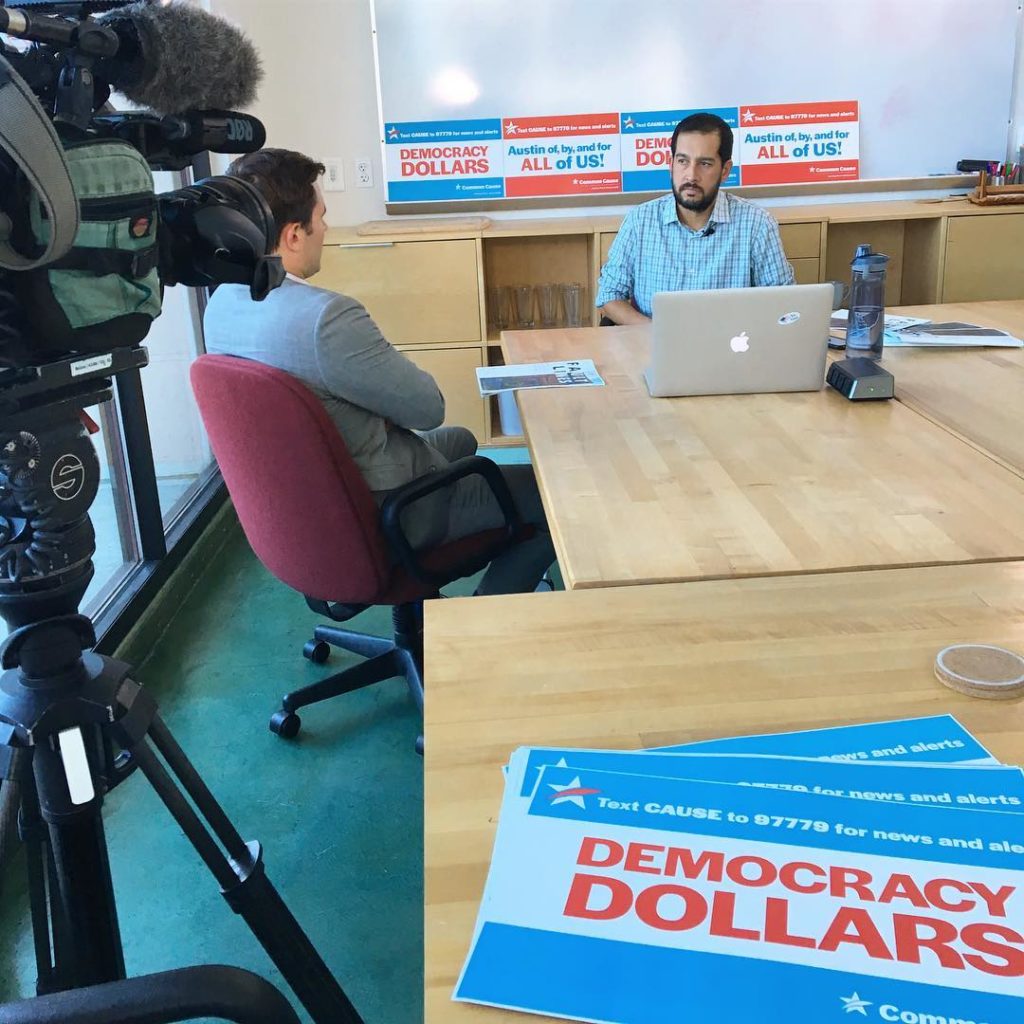 Not a lot of action on campaign finance bills with one exception – Senate Bill 974 would have prohibited any local government in Texas from being able to to adopt any form of public campaign financing. We’ve done a lot in Austin trying to get them to adopt a Democracy Dollars program – a program we plan to pitch to other major cities in the next year. We and many others put a lot of work into killed SB 974 and we were thrilled to see that one die, allowing us to continue working to get local governments to adopt various forms of public campaign financing.

This as one of the big wins for democracy this session. Senate Bill 943 by Senator Kirk Watson

“After a hard fight spanning four years and two legislatures, it looks like Texans’ right to know what their government is up to has been restored in important ways this session. The biggest victory came on Friday, when the so-called Boeing loophole — named for the aircraft manufacturer that sued to keep a lease agreement between the company and the government secret in 2015 — was closed by lawmakers. The carve-out has been used by private companies and the government itself thousands of times to hide how taxpayer money has been spent on everything from school food service contracts to power plant deals and a concert by a certain Latin pop sensation.”

PROTECT THE RIGHT TO PROTEST

Senate Bill 18: This isn’t a bill we love but there amendments added to it that we really hated and would 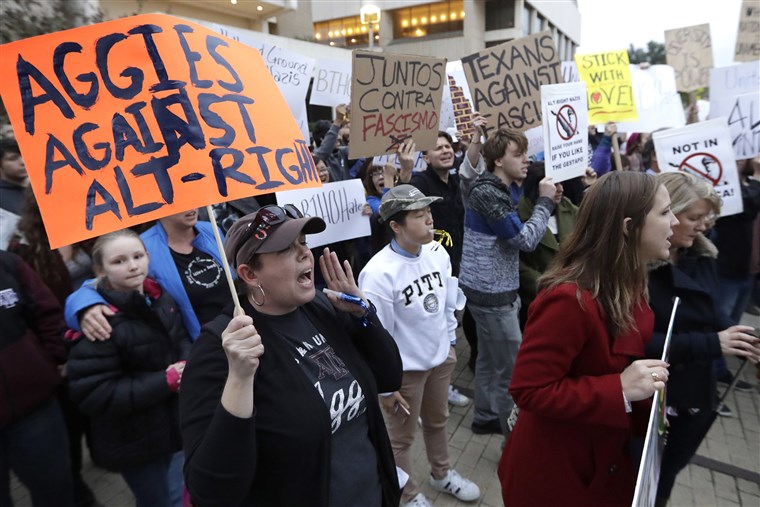 have endangered the right to protest on college campuses.

Those amendments would have done two things:

We worked hard on this one late in session and thankfully, the bad amendments were removed.

One civics bill passed this session – House Bill 1244 – which adds to the end of course assessment for United States History to include the 10 questions from the citizenship exam. It’s not a great bill, it’s fine, but we were glad to see more conversation happening around civics education than in previous sessions.

The primary reason civics was more prominently in the spotlight this session is almost certainly due to two innovative bills by freshman Representative James Talarico. House Bill 3008 and 3009 would have created a project-based civics requirement and also a Texas Civics Education Fund that would have been able to accept funding from both private and public entities. Neither bill passed but one made it out of the House and got stuck in committee in the Senate, the other was voted out of committee in the House and would have likely been voted out of the House but died when the clock ran out and we hit a key deadline. In any case, these were great bills that generated a lot of excitement and discussion and we look forward to supporting them again next session!

In the 2017 legislative session, straight ticket voting was eliminated, effective in 2020. That means, in many major metro counties, this election will mean much longer lines as people vote in dozens of races one by one instead of being able to hit one button. It’ll probably also mean a huge rise in undervotes (when someone votes in a top of ballot race and skips things below it), which will likely mean a lot of people skipping judicial races. 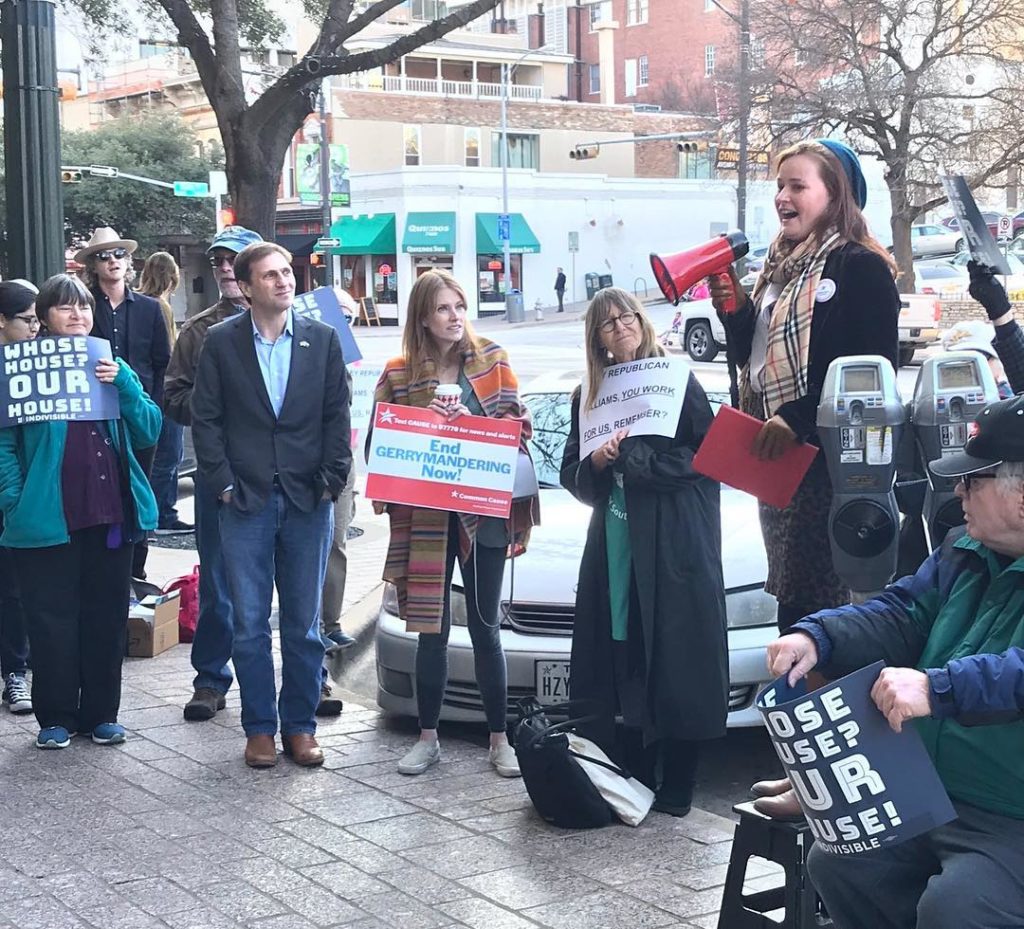 We took the lead on working with key legislators to get several pieces of redistricting reform legislation introduced, such as House Joint Resolution 123 and House Bill 3928 by Victoria Neave and House Bill 3421 by Mary Gonzalez.

While none of these passed, we were successful in getting a committee hearing. That may not sound like much but the last time a committee of the Texas Legislature held a hearing on redistricting reform bills was nearly a decade ago – even though reform bills have been filed in every session since then. We knew this wouldn’t be a fight we’d win overnight – but the most important thing is – we’re making progress towards reform!

Our Testimony in Opposition to Senate Bill 9