The Art of the Lie Report

The Art of the Lie: Trump’s Historic First Year Failure on Government Integrity and Accountability Issues

American democracy is resilient. It has withstood attacks from enemies, foreign and domestic, for more than two centuries. But never has the United States been led by a president who has so flagrantly lied and so incessantly debased our democratic values and our institutions of self-government as President Donald J. Trump. This report sets forth 20 examples that demonstrate President Trump’s historic first year failure on issues of government integrity, transparency, and accountability. 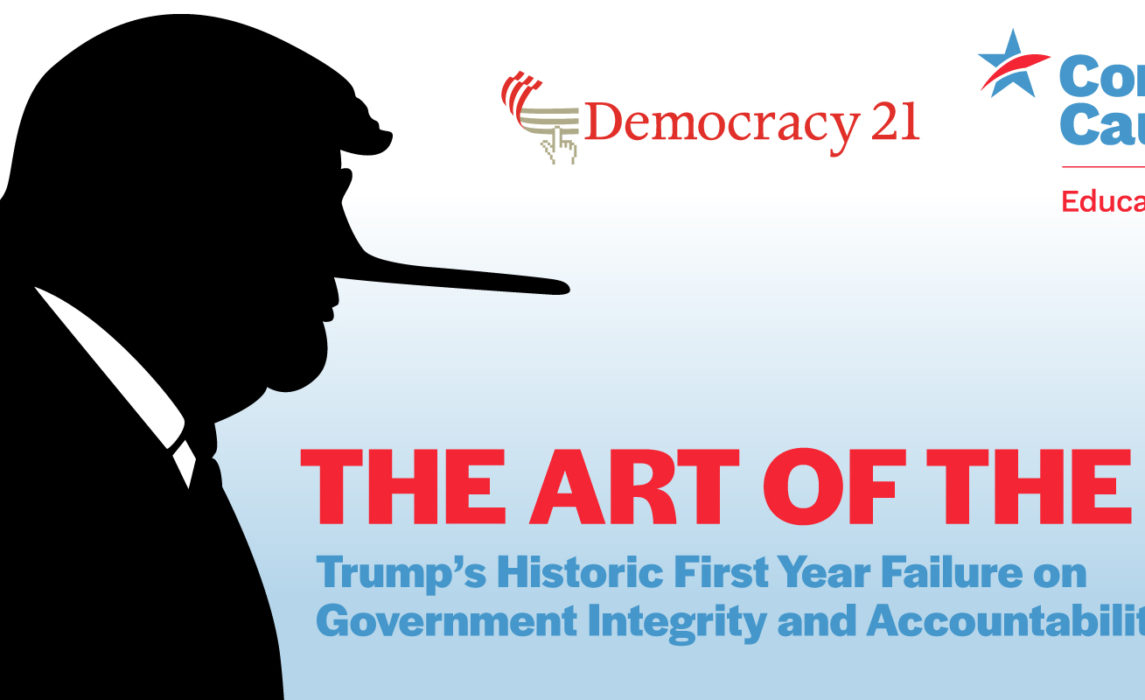