Redistricting Round Two: Useful Info & Links for Testimony and More 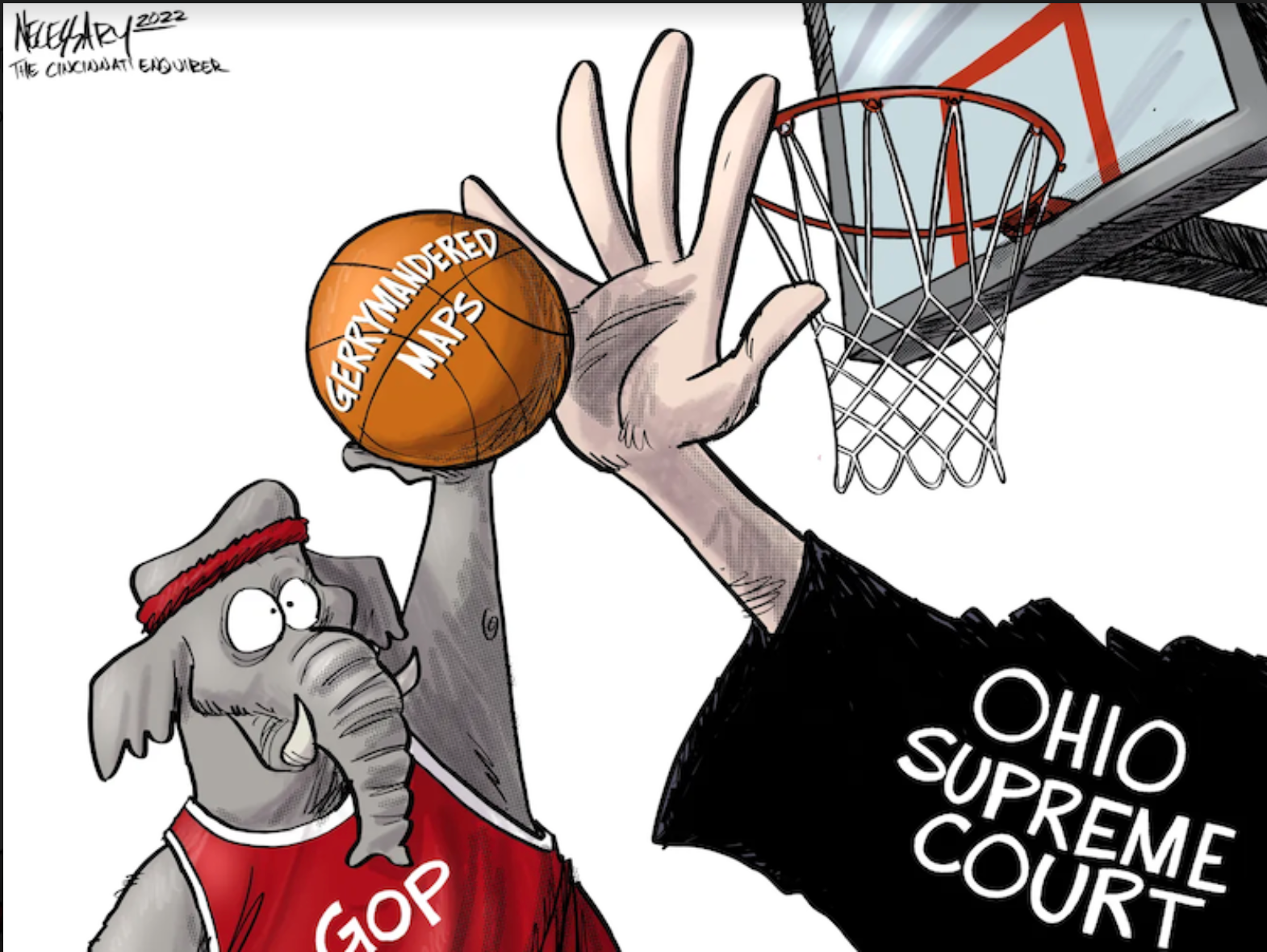 The Ohio Supreme Court sends mapmakers back to the drawing board

The court found that the maps did not meet the criteria set out in the new redistricting rules added as amendments to the Ohio Constitution in 2015 and 2018 respectively. The ORC and the OGA bet they could get away with murder when they ignored the new rules and drew such grotesquely rigged maps—and they lost that bet. It turns out those rules had enough teeth to bite the gerrymanderers where it hurts.

The signatures gathered by Fair Districts advocates created enough pressure to get those amendments on the ballot and then into the Ohio Constitution. Thank you!

Fair Districts sent a letter to the commission on 1/18/2022 encouraging them to act quickly to draw constitutionally compliant maps. You can read our letter HERE. We are encouraging you to take action as well!

The next meeting of the Ohio Redistricting Commission is Saturday, January 22 at 9:30 AM in the Ohio House Finance Hearing Room (Room 313); Ohio Statehouse, 1 Capitol Square, Columbus. (Please subscribe to updates from the commission to receive notification if the start time of the meeting is delayed.) You can watch the meetings (past and live) at the Ohio Channel.

Check the Ohio Redistricting Commission website meeting tab to see map submissions from the caucuses to see what is being discussed and to see announcements about upcoming meetings.

The Commission is only allowing public testimony to be submitted in conjunction with a specific hearing date at which public testimony is allowed. Anything you sent/send to commission members outside of those parameters will be considered “input” rather than testimony. In other words, since no hearings have been announced to date with public testimony on the agenda, nothing you have submitted so far will be counted as “testimony” although it has been noted as “input.” (ARG. Very frustrating!)

NOTE: The Ohio Redistricting Commission has just added a public comment section where you can post a comment of up to 1000 character. Post your comment HERE. (Note that attachments are not allowed, although maps can be submitted at this link.) You can read comments posted by others HERE.

Whether or not public testimony is allowed, we encourage you to attend hearings, wearing your Fair Districts shirts and buttons! A strong show of force helps focus the commissioners’ minds on drawing the fair maps required by the Ohio Constitution and show the press and the public that we are still paying attention!

Submit Testimony that is specific about what you want

Once the Ohio Redistricting Commission announces that public testimony will be accepted at a specific hearing, there will be an opportunity to provide written and in-person testimony. We will update this post to let you know the correct procedure for submitting testimony to the ORC (about state maps) and the OGA (about US congressional maps).

Testimony that focuses on keeping communities together in your county can be very helpful. Try to be as specific as you can about what you want to see changed from the proposed maps to new, fair maps. In this slide presentation you will find screenshots of problematic lines on the now-struck-down maps. You might consider using some of these or other images in any testimony you submit. Trevor Martin is available to help with maps for testifying. His email is ohfairdistricts@commoncause.org.

As soon as we know about additional ORC hearings we will let you know.

Thank you for continuing the fight for fair maps in Ohio!

Gov DeWine signs the bill, but the fight for Fair Maps goes on