It’s time to make time for college students to vote 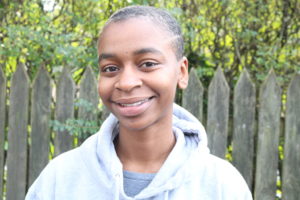 Voting and education are often expressed in American culture as two of the most important things to take part in as a young adult. When considering the nature of class schedules, accessibility to the polls for college students, and all of the other factors enforced by the powers that be to keep certain groups away from the polls, enacting some type of electoral suspension policy could aid students to be more active in the voting process.

Electoral suspension would entail university-wide class suspension from 10:00am to 4:00pm. This way, students would not have to sacrifice class time and potentially miss out on important instructional time in order to exercise their right to vote. To be complete and holistic in the approach means that students would be excused from classes on all local, state, and national election days as well as one day during each designated early voting period for primaries and general elections.

Between classes, jobs, extra-curricular activities, and self-care, students’ daily schedules are already more hectic than most people can understand. College is one of the only times in life where a human being is being pulled in all of these directions, all of the time.

We are expected to go to class every day, complete strenuous class loads, work, do community service, be active within our field and in the student body, and take care of ourselves – all while being around the ages of 18-22 if you’re a “traditionally aged” college student. Electoral suspension would empower a completely new demographic, by giving students the space and time to do the things that are necessary to vote.

Once upon a time, the urgency around student voter engagement was due to the lack of students who were actually registered to vote. Universities, grassroots organizations, and other politically based groups have done a great job of increasing the number of college students registered nationwide – specifically in this era, post the 2016 election. The obstacle now is the same that it’s always been: getting people out to the polls. The SLSV Coalition reports that in 2018, while 73.3 percent of college students were registered to vote, the national turnout lingered at 55 percent.

If the NC General Assembly enacted electoral suspension as policy, it would significantly spike voter turnout and participation among college voters. There are a few roadblocks that could present an issue, such as requirements around the mandatory number of hours that students have to be in class for it to count towards their degree. This is a bureaucratic runaround that could be easily bypassed with accompanying legislation.

Another obstacle could be the argument of ensuring that students actually go vote, rather than not participating in the voting process and staying home simply because classes are cancelled; the only way to know is to try, and also cancelling classes would give the university space to hold more comprehensive and holistic programming on those days. This could assist university administration and student leaders in their efforts to get students out to vote on the days that classes are cancelled. There is so much you can do with a campus full of young people who don’t have class, to energize and educate them and bring them out to the polls right then and there.

Students are essentially at school for one reason, which is getting a degree and rightfully so, students should be in class. While it is understood that voting is a personal responsibility to which each individual student should be held accountable, it is also true that our officials have the tools to make the process more cohesive for students.

However, voting is necessary. There are many issues surrounding accessibility to the electoral process in North Carolina. The General Assembly and the UNC system both have the tools and capacity necessary to make something like this happen. It is just a matter of who they might want at the polls versus who they don’t.

An electoral suspension policy is virtually harmless and can only help student populations increase their numbers at the polls. Students everywhere should be having this conversation, so that after this next election we can organize, make decisions about what we want to see, and then pressure the right people to make this happen.

Kylah Guion is a student at NC A&T State University in Greensboro and a Democracy Fellow with Common Cause NC.

The muted voice of millions