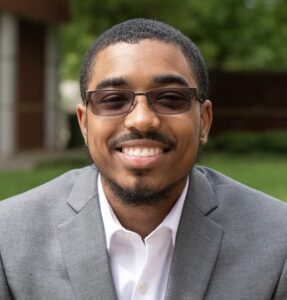 Charlotte has an unrelenting and growing homelessness epidemic, its name is Tent City and sadly it is how a new generation of children are experiencing life.

The City Council should consider sheltering or housing most of the homeless people in the city. They already evacuated the encampment earlier this year but have no long-term plan for its inhabitants. Waiting and not having a plan would be a disastrous waste of money, time, and energy. It would encourage short-term fixes instead of lasting solutions.

Whoever is left on the streets and sidewalks, sadly after said “fixes,” could be told to stop living in the area and possibly be cited or even arrested. Eventually, when every district has fulfilled the settlement’s quota, the city could go back to enforcing anti-camping infractions, which have not been widely enforced due to court decisions and, in the past year, the pandemic.

The city could fulfill the settlement’s sheltering and housing obligations by offering the homeless community a spot in a safe camping ground, a personal house, a group shelter, or shared house, at bare minimum a hotel or motel room, or an actual apartment.

But given the cost of moving more than 200 people off the streets, the city would almost certainly go the quicker, easier route: putting them into temporary shelters. By doing that they will have taken their focus off the only real way to eliminate homelessness, which is providing permanent long-term housing.

All the city will have done is move part of its homeless population from encampments and underpasses to more “secure” tents, tiny homes, and other temporary digs in whatever parking lots or unused plots of land officials can find.

Unless their circumstances somehow change, the people who aren’t offered shelter or won’t accept it would still be homeless somewhere. Rather than solving the homelessness problem, the city will simply have allowed police and sanitation workers to clear homeless people off the streets, which sadly is what a lot of the council members’ constituents want.

Regardless of one’s past, everyone on this planet is human and should have the capacity to better themselves if they truly want it.  As a society, we must stop marginalizing and demonizing groups of people who don’t have as much as us and start helping one another attain it.

Marcus Ponder is a student at Winston-Salem State University and a Democracy Fellow with Common Cause NC. Learn more about the HBCU Student Action Alliance.

Where is the Dream?