Welcome to the second edition of the Gerrymander Gazette. If you missed the first edition, you can check it out here. This month, we saw legislators deliver helpful bluntness about how redistricting works when they draw the lines and a ton of local activism to fix our democracy. Let’s dive right in.

The Clock is ticking in Wisconsin

Patience may be a virtue, but this is getting ridiculous. We just “celebrated” the three-year anniversary of the date on which Wisconsin State Rep. Kathleen Bernier told the board of Common Cause Wisconsin that she would schedule a hearing in her Assembly Campaigns and Elections Committee for a bill that would implement the Iowa model for nonpartisan redistricting. As the Wisconsin State Journal noted, no such hearing has been scheduled despite the fact that the committee does not appear to have any pressing business. Exactly zero meetings are scheduled the rest of the year. When Rep. Bernier made that pledge to the people of Wisconsin, this is what the world looked like:

Fortunately, local officials in Wisconsin are taking the lead to bring reform to their constituents and are not on Bernier’s geologic timeline. Milwaukee County just voted to create a panel of retired judges to draw its Board of Supervisors districts and Dane County is advancing legislation that would create an independent redistricting commission. 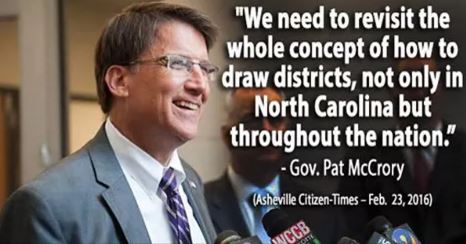 In an apparent attempt to drastically increase alcohol consumption among attorneys defending the state’s replacement congressional map, State Rep. David Lewis freely admitted that the map legislators drew were designed for partisan political advantage. Legislators drew the new map after a federal court determined that two of the state’s congressional districts are illegal racial gerrymanders. The court ordered the General Assembly to draw new maps. This occurred while several other cases on legislative, congressional and local redistricting move through the courts.

“I acknowledge freely that this would be a political gerrymander, which is not against the law,” said Lewis. We’ll see about that second claim. While not an especially impressive act of statesmanship, the reform community appreciates the honesty and noted it in a legal memo challenging the validity of the plan. North Carolina’s attorneys attempted to undo the damage by asking the court to unhear what the drafters of the plan said about it and asserting that the plan is not in fact a partisan gerrymander in their response brief.

This controversy has accelerated calls from the left, right, and center of North Carolina politics for the legislature to listen to the 59 percent of voters who want independent redistricting.

Just When You Thought that Congress was the Undisputed King of Gerrymanders, enter Georgia

The Washington Post called the U.S. House of Representatives, with its Soviet Politburo reelection rates, a “battleground” in comparison to the Georgia legislature. The analysis noted that Georgia’s state legislative districts have been drawn so effectively for partisan advantage that zero Senate districts and only three percent of House districts are competitive. The Georgia Senate’s Reapportionment and Redistricting Committee approved SR 1019, a bill that would create a study commission to examine alternatives to the current redistricting system in which legislators draw their own districts and congressional boundaries. We are still waiting for leadership to schedule a floor vote.

Pennsylvania was considered a strong contender for Gerrymander of the Decade in a redistricting cycle in which it had some heavyweight competition. The Washington Post called the 7th Congressional District (“Goofy Kicking Donald Duck”) one of the most gerrymandered districts in the country. Now a coalition called Fair Districts PA officially launched an effort with a bipartisan group of legislators to support two bills that would create an independent citizen redistricting commission in Pennsylvania.

Video from the launch of Fair Districts PA effort 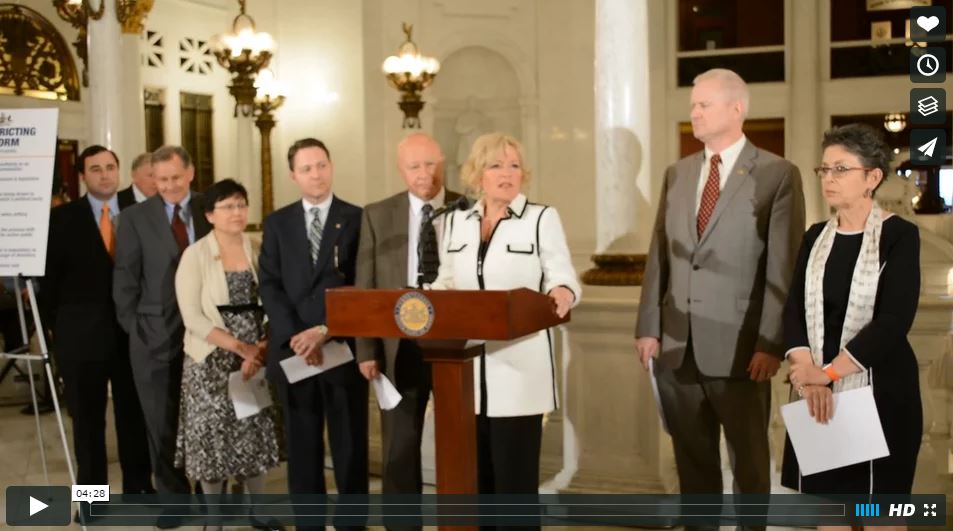 Localities Leading the Fight for Reform in Indiana

The Tippecanoe County Board of Commissioners and the city councils of Lafayette, West Lafayette, and Michigan City passed resolutions calling on the Special Interim Committee on Redistricting to support the creation of an independent redistricting commission. The Indiana General Assembly created the committee to study policy solutions to increase fairness in the drawing of legislative districts. The Indiana Coalition for Independent Redistricting is leading the effort to recruit city councils to show their support for reform.

Racking Up Signatures for Independent Maps in Illinois

Independent Map Amendment is currently gathering signatures to place on this year’s November ballot a constitutional amendment to create an independent citizen commission to draw Illinois General Assembly districts. Almost two-thirds of Illinois residents support the idea. The campaign has gathered over 510,000 signatures, more than the total collected during the 2014 campaign, and is well on its way to meeting the goal of 600,000.

Keeping Up the Pressure in Maryland

Governor Larry Hogan introduced bold and sweeping redistricting reform legislation based off the report from the Maryland Redistricting Reform Commission. His leadership prompted several other bills that would have tackled some piece of redistricting reform. Despite significant supportive press attention and strong hearings in the House and Senate committees, no further discussion or action has been taken in either chamber. The legislative session ends April 11 and advocates are concerned that another year will be wasted without making progress on this issue. Follow the Tame the Gerrymander coalition on Facebook and Twitter to find out how you can keep up the pressure for action.


This newsletter has been produced by Common Cause and compiled by Dan Vicuna. For more information or to pass along news, contact Dan at dvicuna@commoncause.org.