Campaigns in Maryland: Does it Still Cost a lot to Win?

Common Cause Maryland has analyzed legislative candidates’ fundraising totals from the 2018 election cycle. This report is a sequel to our report “Campaigns in Maryland: An Analysis of Fundraising by Winning State Legislators, 2011-2014.” 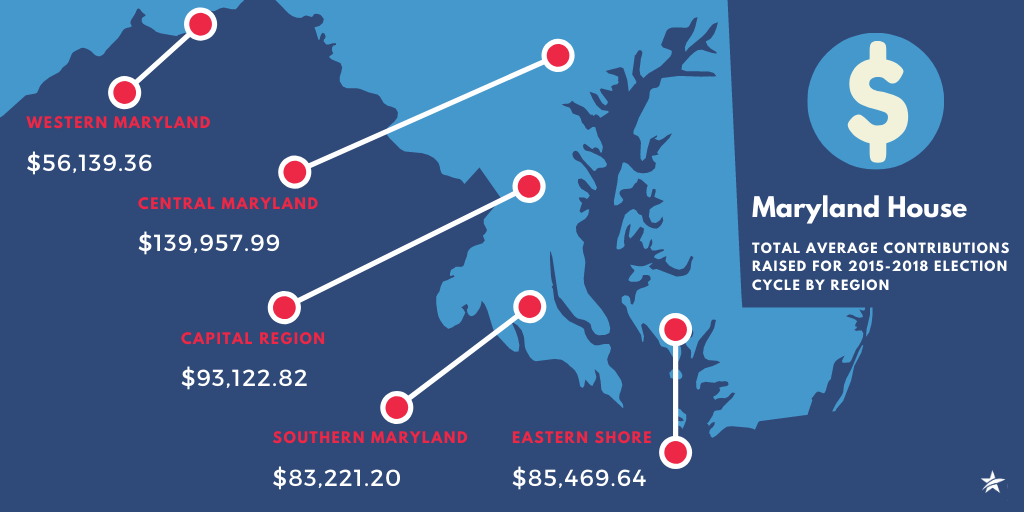 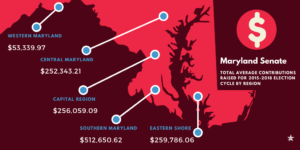 Most of the trends from the 2014 election cycle were present in the 2018 election cycle, including the county and region having a correlation with the amount that candidates were fundraising. Also, there were various candidates self-funding parts of their campaigns in small and large amounts. Overall, a consistent trend is the rise in cost of elections.

Bradford produced the report by using the state’s campaign finance database to gather each winning candidate’s total contributions from January 2015 through December 2018. She then averaged the contribution totals by region, and county.