This session, Common Cause Maryland supported reforms that responded to the needs of the local boards of election – especially as more voters are expected to vote by mail in the 2022 elections. We also watchdogged the redistricting process and supported several reforms that meet the public's demand for more accountability and transparency in our government.

This session, Common Cause Maryland supported reforms that responded to the needs of the local boards of election – especially as more voters are expected to vote by mail in the 2022 elections. We also watchdogged the redistricting process and supported several reforms that meet the public’s demand for more accountability and transparency in our government.

This was also the first session since the start of the COVID-19 pandemic where advocates and the public had in-person access to legislative proceedings, especially in the Senate, where protocols were changed to end remote testimony. Nearly 300 organizations joined us in calling to #KeepMDSenateVirtual, allowing for both online and in-person participation. Those efforts were unsuccessful, although other significant improvements were made to their protocols. We will continue working with partners to ensure the legislative process is truly inclusive and accessible.

Learn more about our priorities below. For more detailed information, check out our 2022 legislation tracker.

x Improved Mail-In Voting – This legislation establishes a clear curing process that ensures election officials are able to check for the presence of a signature and identify any errors with a ballot that can then be fixed by the voter. This process, plus the language that allows for the pre-processing of mail-in ballots, will support our State and local boards of elections in releasing prompt and accurate results on Election Day. SB 163 (Sen. Kagan)

o Better Pay for Election Judges – This legislation establishes the daily per diem pay for Election Judges at $200 for each voting and early voting day, increasing the state’s ability to recruit and retain judges and reducing the high rates of variability pay across counties. HB 327 (Del. Jones)

x Repealed Polling Place Location Restrictions – Prior to this session, State and local election boards were strictly prohibited from considering a building that is owned or occupied (fully or partially) by an establishment that holds a liquor license as a potential polling place. This legislation makes it clear that the State Election Board has until August 31, 2022 to adopt regulations for the future usage of such buildings. SB 907, HB 328 (Del. Jones, Sen. Simonaire, Del. Jones)

o Risk-Limiting Audits – This legislation would allow our State and local election boards to use “the gold standard” for post-election ballot audits in an era when the integrity of our election systems face unprecedented domestic and international threats. Risk-limiting audits ensure that if and when vote counting machines fail, we would have had an automatic process to check on the software counts and correct them if they are wrong. SB 742, HB 745 (Sen. Washington, Del. Kaiser)

o Special Election to Fill a Vacancy in Office – This legislation would alter the procedure for filling legislative vacancies through a constitutional amendment. The Amendment would have required the Governor to declare a special primary and general election to fill the vacancy if it occurs on or before a date that is 55 days before the candidate filing deadline held during the second year of the term, giving Marylanders more of a say in who will represent them in the General Assembly. SB 73 (Sen. Lam)

x Disclosure for Contested Elections Committees – This legislation establishes disclosure requirements through the creation of contested elections committees, increasing reporting and transparency in Maryland’s campaign finance law. It also ensures jurisdictions with public financing can establish rules governing the use of public funds in the instance where a recount is needed for participating candidates. SB 101, HB 291 (Sen. Kagan, Del. Kaiser)

o Public Financing Act – This legislation would create a small donor matching system, similar to local county programs, for General Assembly candidates so that they can run free from the influence of wealthy donors. SB 358 (Sen. Pinsky)

o Campaign Finance Right to Know – This legislation would affirm the right of every Maryland resident to know who and what entities spend money to influence their vote, as well also protect their right to participate in publicly financed elections. SB 895 (Sen. Smith)

x Bans on Deceptive Fundraising Practices – This legislation bans political campaigns from enrolling online donors into recurring contributions through default “pre-checked” boxes included in solicitations without their consent. Under the bill, recurring contributions will only be allowed after a donor affirmatively consents to it. Campaigns are also required to inform donors of how to cancel recurring contributions, and to make sure that those contributions are canceled immediately upon the donor’s request, providing an extra layer of protection to all campaign contributors.  HB 17 (Del. Palakovich Carr)

x Campaign Finance Enforcement – This legislation gives the State Board of Elections and the Office of the State Prosecutor greater authority to enforce our campaign finance laws, especially in instances where bad actors aim to circumvent these laws. SB 15, HB 340 (Sen. Jackson, Del. Jones)

x Maryland State Agency Transparency Act – This legislation significantly increases access to and the efficiency of certain State agencies by making them subject to enhanced Open Meetings Act requirements. These agencies will now be required to make meeting agendas and materials available online in advance of their meeting as well as publicly livestream and archive the streams and meeting materials. SB 269, HB 395 (Sen. Kagan, Del. Korman)

x Open Meetings Act Revisions – This legislation strengthens the Open Meetings Act by increasing the length of time that public bodies must retain meeting notices and closing statements from one year to three years. Keeping this information for longer periods can only serve to increase the abilities of citizens to understand the workings of their government and hold their officials accountable for their actions. HB 246 (Del. Carr)

o Remote Court Access – This legislation would build on best practices from the COVID-19 pandemic by maintaining public remote audio-visual access to all court proceedings not deemed closed, confidential, or restricted by either State or federal law. SB 469, HB 647 (Sen. Rosapepe, Del. Moon)

Following the December 2021 special session when a congressional map was adopted by the General Assembly, our top priorities were

While the process was more transparent than in previous redistricting cycles, it was still flawed and did not center the people of Maryland. Both the congressional and legislative maps were challenged. After the Anne Arundel County Senior Judge blocked the congressional map from being adopted, the General Assembly was ordered to draw up a new proposal. SB 1012, the alternate congressional map, was adopted and signed into law by the Governor in April 2022. We await a decision from the Maryland Court of Appeals on the status of the legislative map. The primary election has also been delayed. Learn more and review the maps.

x Increased Pay for Jury Service – This legislation increases the State per diem for jury service under certain circumstances, from $15 to $30 for the first 5 days.  This legislation will help alleviate some of the financial burdens experienced that many low-income folks face when participating in the jury process. SB 775, HB 208 (Sen. Carter, Del. Moon)

o Protect Public Officials Against Threats – This legislation would provide legal protection from threats made to local officials. Specifically, it would alter the definition of “local official” in the context of threats made against public officials and generally relating to the prohibition on making threats to public officials. Common Cause Maryland had proposed an amendment to ensure election officials are also protected against threats. SB 956 (Sen. Watson)

CCMD Policy & Engagement Manager, Morgan Drayton, has also pulled together a short video overview of the 90-day legislative session. Click on the image below to watch the video. 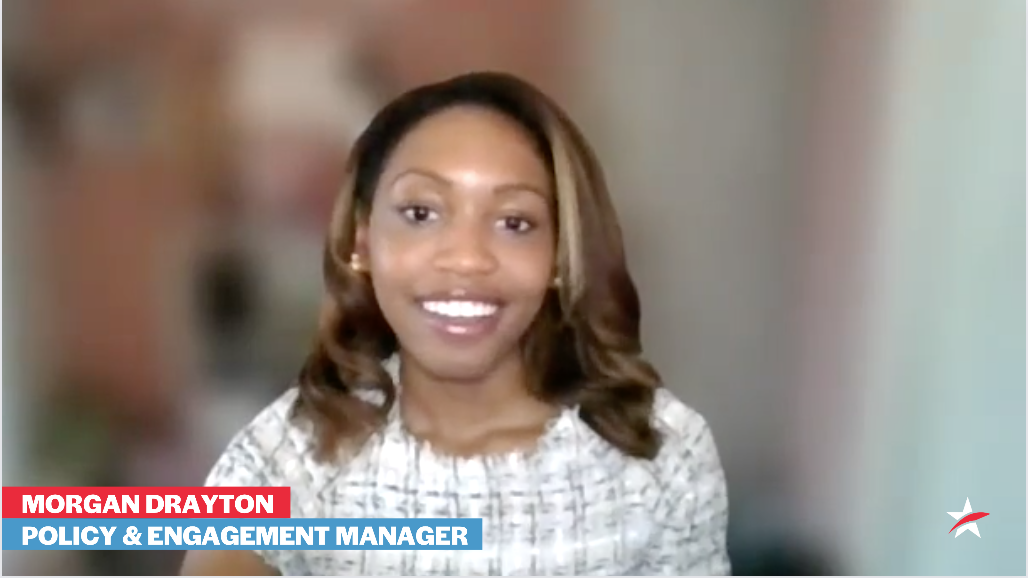