When Newspapers Close and Coverage Declines, Democracy Suffers Too 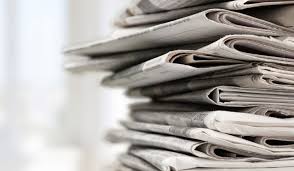 You can hardly pick up a newspaper these days without being reminded that fewer people are picking up newspapers these days.

Stories about shuttered newsrooms and displaced journalists show up with depressing regularity, at least if you’re a journalist. The Newspaper Research Journal, a trade publication, reported in March that 1,800 papers closed between 2004 and 2015; some disappeared entirely, others merged with former competitors. The industry’s collapse has put thousands of reporters, editors, advertising salespersons, and support staff out of work.

Donald Trump, whose wars with the media are a centerpiece of his presidency, is no doubt delighted. But for those of us who are concerned about the health of our democracy, the decline of newspapers and news coverage is a huge red flag.

According to a series of scholarly reviews compiled this week by ­Journalist’s Resource – a website, ironically – as news outlets close and public affairs coverage declines, civic engagement and voter turnout also drop and local governments must pay higher interest when they borrow money for major projects.

One study by researchers at George Washington University and American University in Washington analyzed more than 10,000 news stories about congressional campaigns in 2010 and 2014. The researchers found a substantial decline in the number of stories and the depth of the reporting; those declines were matched by declines in voter participation and a steady drop in voter knowledge about congressional candidates and issues.

Another study by the same researchers, and focused only on the 2010 midterm House elections, found that voter turnout and citizen engagement in campaigns are weakest in districts where there is less political news coverage.

A third study, this one by researchers at Notre Dame and the University of Chicago, found that when local newspapers close, the cities and counties they serve pay higher interest rates when they borrow money to build roads, schools and other major public projects. “Local newspapers hold their governments accountable,” the researchers observe, and when a paper closes “potential lenders have greater difficulty evaluating the quality of public projects and the government officials in charge of these projects.”