Volunteer Voices lifts the voices of Common Cause advocates nationwide

Martin G. Evans is a long-time advocate and volunteer at Common Cause Massachusetts and is professor emeritus of the Rotman School of Management at the University of Toronto. This essay was originally published by the Boston Business Journal. 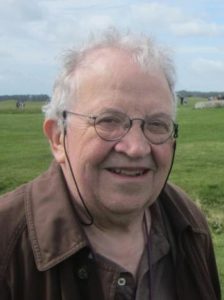 Ever since the U.S. Supreme Court decision in the Citizens United case in 2010, there has been rancorous discussion in the corporate governance and legal communities. On the one hand, commentators have argued that if corporations are to be allowed to make political contributions then, at the very least, these contributions should be disclosed to shareholders as well as to the public. Others would go further and argue that the shareholders of the corporation should vote on the amount and target of such donations — as is the case in the United Kingdom.

On the other hand, corporations and their interest groups, such as the U.S. Chamber of Commerce and the National Association of Manufacturers, have argued that political action is just another example of “doing business” and should not be subject to different rules than ordinary corporate decision making. That is, such decisions should be the province of the board of directors, which may, in turn, delegate that activity to the top management team.

Delegation seems to be the norm: a survey of the entire S&P 500 found that just 22 percent of those companies — or 110 firms — had in place board-level oversight of political spending decisions. The argument is that top management and the board are in the best position to decide what is best for the corporation, that they have a fiduciary obligation to the shareholders, and they understand best what trade-offs need to be made with respect to the use of the corporation’s financial resources.

Ever since the Citizens United decision opened up the possibility of committing large sums of corporate money to the political arena, corporate interests have fought hard to exclude shareholders from influencing the amount and target of those funds. They have been insistent that corporate officers, not shareholders, should be the only ones involved in political decision making.

Recently however, corporate interests have discovered the merits of shareholder input — at least in some very specific cases. The National Association of Manufacturers is asking the U.S. Securities and Exchange Commission to issue rules to prevent large institutional investors (such as pension funds) from voting all their shares in a block for resolutions coming before a company’s general meeting. Rather, they would have to ask their members for their preferences and vote their shares in proportion to the members’ wishes. It seems that corporate interests are opposed to the pension funds actively supporting requests to companies to press for single payer health care, reduced environmental degradation, or cap-and-trade energy policies. By exploiting divisions among pension fund members, corporate interests hope to neutralize the activist tendencies of pension fund managers.

I do not expect that corporate interests will also open the door to their own shareholders having a say in their corporate political spending. It is remarkable how accustomed we have become to espousing inconstant views quite easily.