This Is No Witch Hunt

As Robert Mueller begins the second year of his investigation of Russian meddling in the 2016 election, Americans must insist that he has a free hand to build on already impressive results.

President Trump marked the first anniversary of Special Counsel Robert Mueller’s investigation of his 2016 campaign on Thursday with a new round of tweeted complaints that the whole thing is a “witch hunt.”

But the reality is that the Mueller probe has produced multiple convictions and turned up enough evidence to support dozens of criminal charges against former Trump associates, Russians, and Russian companies allegedly involved in attempts to influence the election.

Those under indictment include Paul Manafort, a veteran Republican operative who during the spring and summer of 2016 was Trump’s top political adviser and who Trump hailed as a “true professional.” Those who’ve 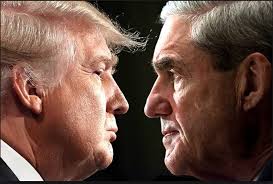 Compare Mueller’s progress in one year to that of past special counsels in past administrations and Mueller appears to be moving almost at light speed. The Whitewater investigation directed at President Bill Clinton stretched out across more than seven years; the probe into leaks during the George W. Bush administration that blew the cover of CIA operative Valerie Plame lasted more than three years.

None of this is proof that Trump himself joined in the Russian effort to disrupt the campaign and undermine Hillary Clinton’s candidacy. But it’s ample proof that this is no witch hunt and that Mueller has more than earned the right to take whatever time he needs to run down every lead and get to the bottom of whatever the Russians did and whoever helped them do it.

Mueller “is doing an astonishing job. It’s ludicrous that someone could call it a witch hunt,” renowned legal scholar Lawrence Tribe told MSNBC on Thursday afternoon.

The evidence is persuasive that Trump continues to complain about the investigation precisely because it has ensnared so many people tied to his business and political operations and because people like Attorney General Jeff Sessions and former FBI Director James Comey have rebuffed pressure from him them to shut it down.

As the investigation heads into its second year, one good way for the rest of us to observe the anniversary would be to sign on to Common Cause’s petition demanding congressional action to ensure Mueller has a free hand to complete his work on his own timetable. Senators should act now to let Trump know that Congress and the American public will not accept anything less than the truth.

Common Cause, Allies Back Package of Anti-Corruption Bills