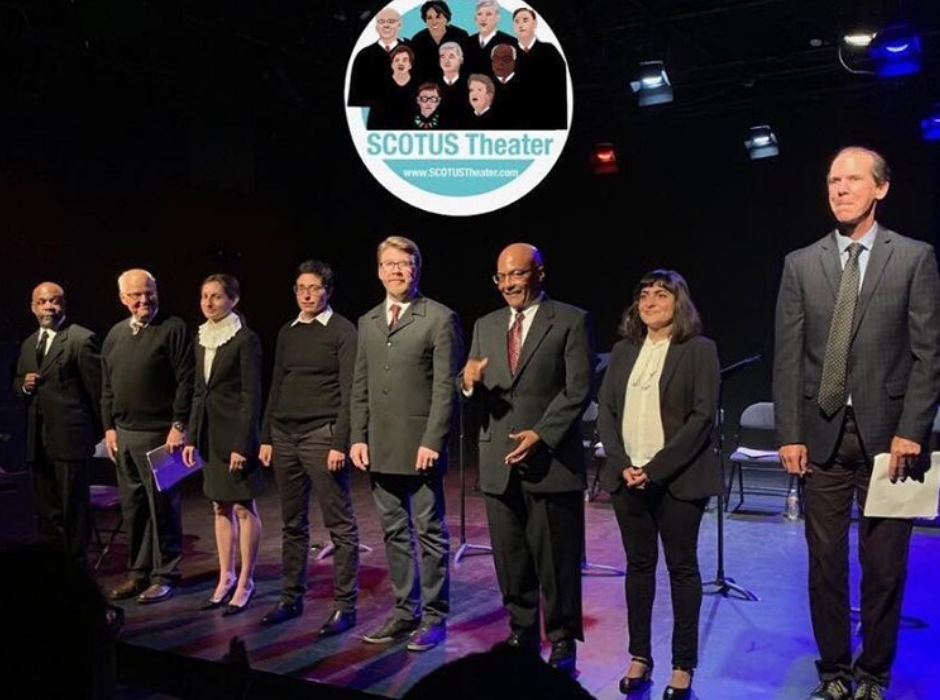 2019 was a landmark year for the Supreme Court of the United States. A case on redistricting in Common Cause v. Rucho dominated headlines and established a dangerous precedent for partisan gerrymandering. President Trump saw a referendum on his proposed citizenship question for the 2020 Census, as the court’s decision in Department of Commerce v. New York eventually led to the racist question’s ouster.

But as the dust settles from the high court’s latest legal battles, it looks as though they’re gearing up to hear the two cases again this Sunday. Well, at least a small group of actors will pretend to.

The SCOTUS Theater, a Bay-Area theater troop made up of “actors, lawyers, and one scholar” will hold a dramatic reading at the Vineyard’s Dimson Theater in New York City. The group will portray the court’s justices as they read the “precedent-setting…decisions and dissents” to come out this session.

After the reading, a panel with experts from New York Law School, the ACLU, and the CUNY School of Law will discuss the two cases—with time set aside for questions from the audience, as well.

Tickets can be purchased for $25 through the SCOTUS Theater’s page on Eventbrite. The reading will take place at the Vineyard’s Dimson Theater in New York City from 7-9 p.m. on Sunday, August 18.