On May 15, Common Cause Ohio and partner organizations hosted a Redistricting Reform in 2015 Workshop in Cincinnati. 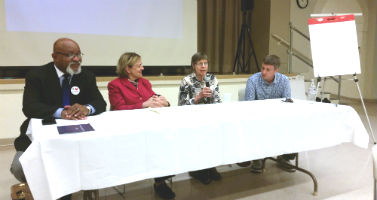 On May 15, Common Cause Ohio and partner organizations hosted a Redistricting Reform in 2015 Workshop in Cincinnati.  Over lunch, Professor Emeritus Dick Gunther of The Ohio State University reviewed the details of this November’s Issue 1, a ballot measure to change the way that state legislative district lines are drawn in Ohio’s Constitution.  Professor Gunther described the current way that maps are drawn and our hyper-partisan way of drawing district lines breaks up communities and impacts election results and policy-making.

While some of the workshop participants were veteran redistricting reformers, Nancy Dawley of the League of Women Voters of the Cincinnati Area, stood out because she was active in the 1981 redistricting reform campaign.  Catherine Turcer, policy analyst from Common Cause Ohio, contrasted the history of Ohio’s reform efforts with our history of gerrymandering and pointed out that Ohio Secretary of State Jon Husted has described the way districts are crafted as “the fractured foundation on which our legislative branch of government is based.”

Professor Gunther highlighted his commitment to reform, “It must be supported by the voters of Ohio in the November election if we are to end gerrymandering and restore the quality of democracy in this state.”

Panelists Sam Gresham, chair of Common Cause Ohio kicked off the panel discussion following lunch, stating that “the manipulation of district lines is the manipulation of the vote.  And that needs to stop now.” Alice Schneider, member of the League of Women Voters of Ohio’s board, shared the League’s history of fighting for redistricting reform with whichever political party was out of favor, and finding it hopeful that for the first time both major political parties support a reform measure. 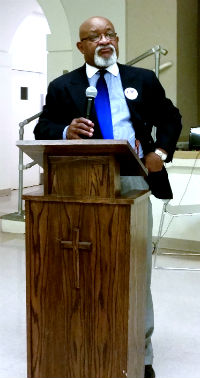 Issue 1 will prevent one political party from steamrolling the other party during redistricting by explicitly banning the drawing of districts for partisan advantage and by creating a transparent bipartisan commission tasked with keeping communities together.

The panel was an opportunity to hear from Ohio Statehouse insiders like former Cleveland Plain Dealer bureau chief and executive director of ProgressOhio Sandy Theis and Gavin Devore Leonard, the state director of One Ohio Now and co-founder of Elementz.

“I am a proud Buckeye.  Our state faces so many challenges.  We have the worst mortality rate for black infants and Ohio’s infant mortality rate overall is among the highest in the country. Our system of funding education, especially charter schools, is broken,” Ms. Theis said. “And yet, redistricting reform is my top priority.  We need fairer, more meaningful elections and much more accountable elected officials.”

Mr. Leonard called for workshop participants to reach out to likely voters in their community to help increase support of Issue 1.

“More competitive legislative districts should lead to more moderate legislators who are more representative of Ohio – a truly purple state,” highlighted Mr. Leonard who spends much of his time lobbying the state legislature. “Redistricting won’t solve all our problems, but it will make it more likely we’ll find solutions that are agreeable to far more Ohioans.”

Participants identified strategies for getting the word out about Issue 1. Carol Depaulo of Columbus emphasized the importance of the early vote period and Juliet Zavon of Cincinnati focused on social media and connecting with voters’ other interests. 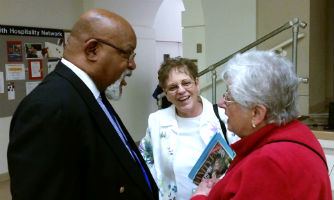 Got $1 million? Here is what it can get you.