The Gerrymander Gazette is a monthly newsletter that gives you the latest updates on the fight for fair representation happening in courtrooms, state legislatures, and localities across the United States. 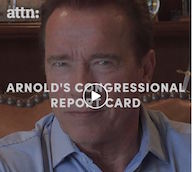 Govenator takes on Redistricting
Arnold Schwarzenegger, former California governor and longtime bad impersonation victim, launched a series of videos produced by Attn: to spotlight the harmful impacts of gerrymandering. Videos cite Congress’s approval rating relative to herpes and other fun facts. See the videos and throw your support behind redistricting reform at www.MakeWashingtonWorkForUs.com. He also discussed solutions on The Messy Truth, hosted by Van Jones.

Wisconsin Appeals Decision Striking Down Assembly Districts as Illegal Partisan Gerrymander
Last month, the State of Wisconsin asked the U.S. Supreme Court to overturn a three-judge federal panel decision striking down Wisconsin’s state assembly maps as an unconstitutional partisan gerrymander. The Court is very likely to take this appeal to Whitford v. Gill, which the Campaign Legal Center successfully litigated last year, and hear the case later this year or early next year. Wisconsin Attorney General Brad Schimel called the state’s map so reasonable that “it would pass muster under any legal test ever proposed by any Justice of the Supreme Court.” There is no tweet yet on whether the map is also the most tremendous and classy plan ever devised. 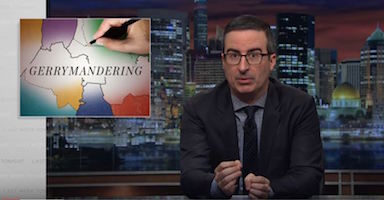 Redistricting Gets R-Rated Treatment on Last Week Tonight
John Oliver and the team at Last Week Tonight did an excellent job tackling the topic of redistricting in the most educational piece on the topic to also feature several anatomically-themed jokes along with Ruth Greenwood and Nick Stephanopoulos’s wedding cake. This smart and funny segment is available in its entirely on the HBO Go account you illegally share with your old roommate, or you can see a portion of it here.

North Carolina General Assembly Urged to Quit While They’re Behind
Last week, a federal district court judge struck down Greensboro, North Carolina City Council districts as illegal under the Fourteenth Amendment Equal Protection clause. In 2015, the North Carolina General Assembly (you read that right; the state legislature) took it upon itself to redraw Greensboro’s City Council districts. The court found that the General Assembly redrew districts with large disparities in population to give partisan advantage to Republican candidates. The state was so proud of its work that, in this successful lawsuit brought by the Southern Coalition for Social Justice, the attorney general refused to defend the districts, leaders in the General Assembly refused to invoke the legislature’s legal right to intervene in the lawsuit, and the chief sponsor of the map invoked legislative privilege to avoid testifying. This follows previous lawsuits in which courts struck down maps legislators drew for themselves, the U.S. House of Representatives, the Wake County Board of Commissioners, and the Wake County Board of Education.

Turning the White House Into a Profit Center