Pennsylvania's new voting reform package makes voting easier for all Pennsylvanians, including students, and increases access to our democracy. 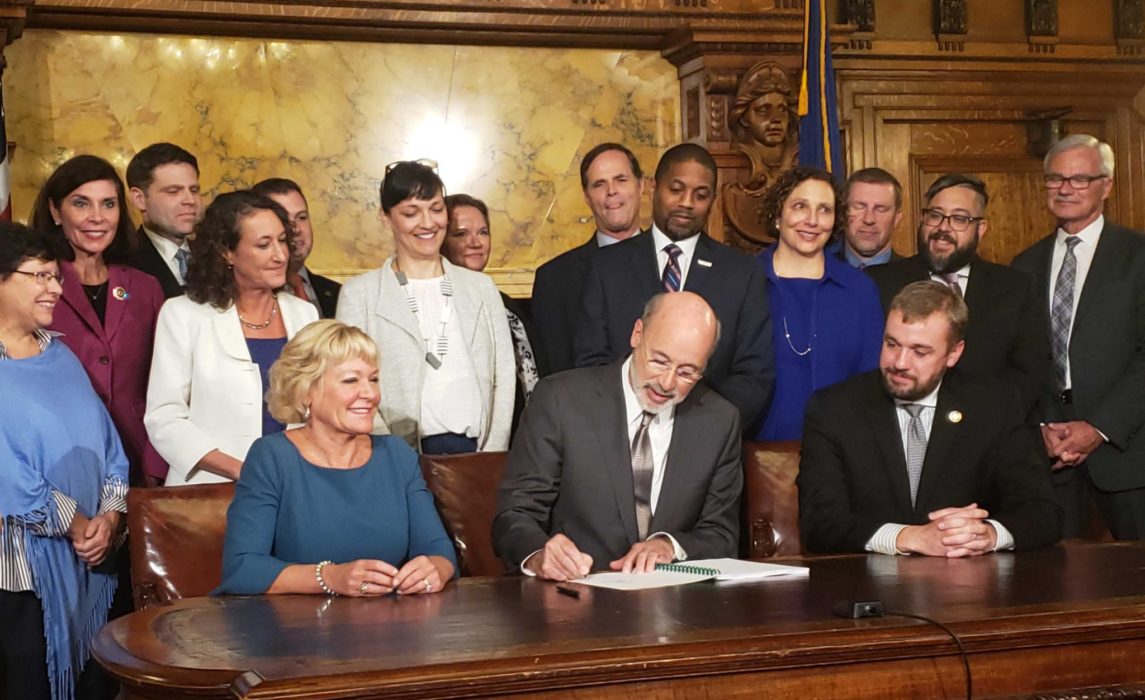 As a college student, making sure that I vote, especially with the current political climate, has become a gigantic priority in my life. That’s why I was excited that Act 77 (SB421), signed into law this month, brought Pennsylvania’s Election Code into the twenty-first century. It is a major win for Pennsylvanians and democracy.

Pennsylvania’s Election Code was established in June 1937, five years before Mount Rushmore was completed. It was not touched again for almost eighty years. That’s mind boggling. Not only that, but the initial Election Code was among the most restrictive in the country. Previously, Pennsylvania required voters to register for an election 30 days prior to Election Day, and voters using absentee ballots had to submit their ballots by 5:00 pm on the Friday before an election.

Thanks to Act 77, Pennsylvanians can register to vote up until 15 days before an election, as opposed to 30 days. Additionally, absentee ballot users now have until 8:00 pm on Election Day to hand in their ballots. These changes are incredibly beneficial for students like me, working people and everyday Pennsylvanians.

With the immense amount of schoolwork and studying that comes along with being in college, remembering and making time to register to vote is often just one more thing on our long to do list. And for students like me, who move to Pennsylvania for college and need to register in a new state, moving the voter registration deadline 15 days later makes it easier for us to be engaged, and harder for us to accidentally miss the deadline because it is so much earlier than the rest of the country.

Because Pennsylvania doesn’t have open primaries, party selection is a key part of voter registration.  These extra 15 days gives us the opportunity to choose a party whose motives resonate with us.

Act 77 also established a new method of voting — permanent mail-in voting – which is perfect for students who move out of Pennsylvania to attend college, but still want to vote in Pennsylvania elections. This change allows voters to join a permanent mailing list, and receive mail-in ballots for primary, general, and special elections during the year.

Permanent mail-in voting is an incredible opportunity for voters who don’t qualify for an absentee ballot and who can’t make it to the polls on Election Day. Voters like me. It acknowledges that the votes of these individuals amount to something more than a piece of paper. Giving these students the ability to vote by mail, without an excuse, grants them the opportunity to exercise their right to vote and reassures them that their voice matters in this democracy.

Act 77 also changes the deadline for turning in a voted absentee or mail in ballot from the Friday before Election Day to 8pm on Election Day.  Changing the deadline makes it more likely that voters, such as my fellow students, will be able to return their ballots on time. The earlier deadline also made it more difficult for students who want to research the candidates before registering to vote. When it comes to research, students are practically experts – at least we’re hoping to be. More time to return a completed absentee ballot means we have more time to research the candidates and make informed decisions.

Extending the voter registration deadline to 15 days before an election, establishing a permanent mail-in voting option, and allowing voters to hand in mail-in and absentee ballots until 8:00 pm on election day makes it easier for everyone, not just students like me to vote. These reforms help working people, whose schedule doesn’t permit them to go to the polls, or who have childcare responsibilities. Their voices and votes matter, too, and they should not be disregarded because they can’t go to the polls.

This voting reform package makes voting easier for all Pennsylvanians, including students like me and increases access to our democracy. This reform is truly inclusivity at its finest.

Connecting the Challenges to Our Democracy