It took 40 years, but conservative columnist Paul DeLespinasse of Corvallis, Oregon, evolves on public financing and Common Cause. Democracy Wire welcomes the author to the right side of history and adds our thanks to Newsmax where this piece was first published. 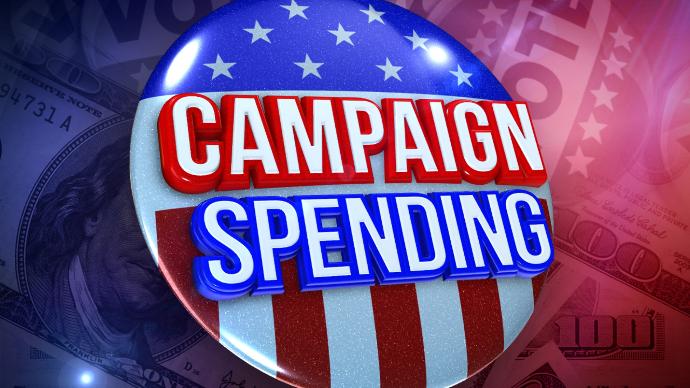 Occasionally, I change my mind. Sometimes it takes forty years.

For decades I argued that publicly funded federal election campaigns were a terrible idea. Funding everyone seeking office could attract enough candidates to bankrupt the government. But it would be “letting the fox guard the chicken coop” — the financial equivalent of gerrymanders — for incumbents to enact rules determining which challengers seeking to unseat them would be financed.

The current situation is admittedly terrible. U.S. House members spend scandalous amounts of time soliciting money for their next election. In 2017 the Huffington Post reported that “The daily schedule prescribed by the Democratic leadership contemplates a nine or 10-hour day while in Washington. Of that, four hours are to be spent in ‘call time’ and another hour is blocked off for ‘strategic outreach,’ which includes fundraisers and press work. An hour is walled off to ‘recharge,’ and three to four hours are designated for the actual work of being a member of Congress.” (Emphasis added.)

Of course, Republicans need to do this too. Typical House members probably spend half time year-round raising campaign money. Their need for campaign funds makes incumbents vulnerable to pressure from big donors when they vote on legislation.

I recently changed my mind about public financing. I noticed that the disadvantages of public funding all involved the funding of challengers to those currently holding office,

while the advantages of public funding all pertained to funding incumbents. This means that the problems caused by public financing for all candidates would be avoided if the government funds only incumbents seeking re-election.

This would end the need for members of Congress to concentrate on looking for money and would not risk financial gerrymandering or governmental bankruptcy.

Incumbents would be forbidden to spend their own money or to accept private donations. It would also be illegal for anyone to spend any money to campaign for any congressional incumbent. This prohibition would not extend to making personal statements, writing letters to the editor, and the like.

Candidates seeking to unseat incumbents or fill offices for which there is no incumbent, on the other hand, would receive no government money. They would be free to spend their own money and to solicit donations. Supporters could also spend money and campaign on their behalf, independently or in coordination with the candidate.

To prevent office-holders from gaming this system by campaigning for election to a different office, the law would have to prohibit them from running for another position while in office. Thus a member of the House would have to retire or resign from that position before announcing a campaign for the Senate and becoming eligible to solicit and receive private donations.

Incumbents already enter elections with a head start, since they have the all-important name familiarity and are experienced campaigners. So it might seem unfair for the government to add to their advantages by paying for their campaigns. But a bit of increased unfairness could be a reasonable price to pay for two big advantages of federal financing: 1. Members of Congress could spend full time doing their jobs. 2. It would increase incumbents’ independence from wealthy donors when deciding how to vote on proposed legislation. This could increase their willingness to listen to public opinion.

Under this system, the government treasury would be protected from unlimited costs since there is only a finite number of incumbents to be supported. Their challengers might proliferate, but public financing would not apply to them.

Of course, if wealthy donors helped a new person get elected they might hope that he or she would return the favor when deciding on legislation. But political gratitude has cynically been defined as “a lively sense of future favors.” (Or, “what have you done for me lately?”) It would be easier for the new members to confound donors’ hopes since at the next election they would be incumbents who could no longer accept money from anyone.

Since candidates who are challenging incumbents would receive no government money, the incumbents couldn’t discriminate against them when appropriating money. And challengers might be able to overcome the incumbents’ advantages by raising larger amounts of money than the government provides incumbents.

I used to joke that if we are uncertain about a proposed policy, we should find out what the ACLU and Common Cause think and then support the opposite idea. If these two organizations disagreed, then I suggested going with the ACLU, since only Common Cause — a strong backer of publicly financed campaigns — was always wrong.

Belatedly, I have to admit that on public funding Common Cause had it half right.

This was originally published by Newsmax and is republished here with our thanks.

Paul F. deLespinasse is Professor Emeritus of Political Science and Computer Science at Adrian College. He received his Ph.D. from Johns Hopkins University in 1966 and has been a National Merit Scholar, an NDEA Fellow, a Woodrow Wilson Fellow, and a Fellow in Law and Political Science at the Harvard Law School. His college textbook, “Thinking About Politics: American Government in Associational Perspective,” was published in 1981 and his most recent book is “Beyond Capitalism: A Classless Society With (Mostly) Free Markets.” His columns have appeared in newspapers in Michigan, Oregon, and a number of other states. To read more of his reports — Click Here Now.

Common Cause Members Speak Out On Election Security, Secure Win for Voters