The Nevada legislature moved today to protect every American’s fundamental rights by rescinding the state’s previous calls for an Article V constitutional convention.

Take action now to stop special interests from putting our constitutional rights up for grabs!

Under Article V of the U.S. Constitution, a convention must be called when two-thirds of the state legislatures (34) apply for one.

Nevada’s action is a major blow to wealthy special interest groups, including the American Legislative Exchange Council (ALEC), which are pushing for an Article V convention to propose a balanced budget amendment.

Due to the lack of rules and precedents, most constitutional experts agree that a constitutional convention cannot be limited in scope, meaning that it could easily turn into a free-for-all.

Until today, ALEC, a corporate lobby that masquerades as a charity, and its allies claimed to have 28 states with active applications calling for a convention to consider a balanced budget amendment. That’s just six states shy of the 34-state threshold. Nevada’s rescission increases the gap by one, giving Americans a slightly larger cushion against this dangerous idea. 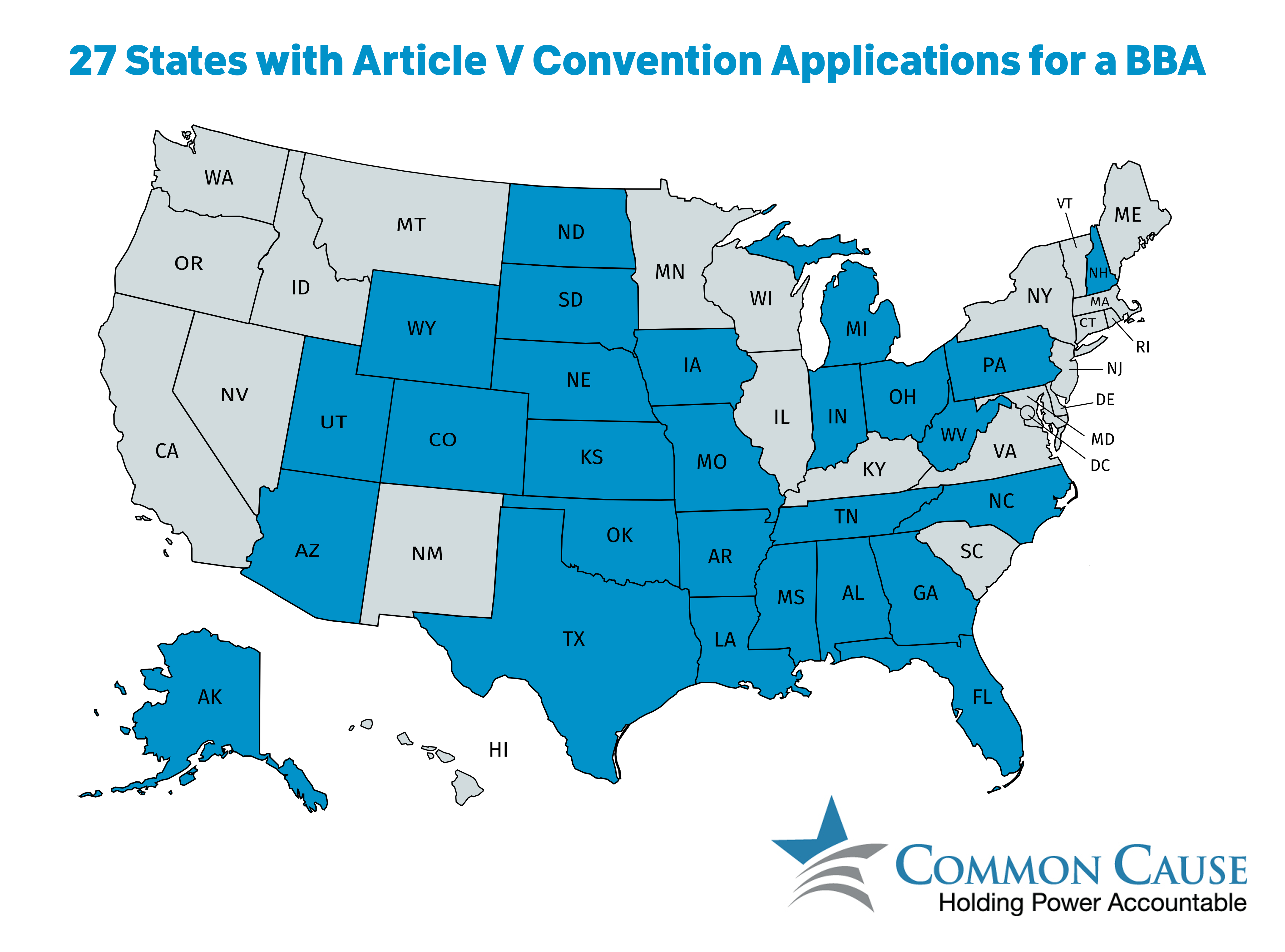 Nevada is the fourth state in the last two years to rescind its Article V convention application. Common Cause and its allies led successful rescission campaigns in Delaware last year and New Mexico and Maryland this year.

To find out more about the threat of an Article V convention, visit www.dangerouspath.org

An Example Worth Following