Election infrastructure is out of date, easily hacked, and poorly funded. Some progress has been made to secure our elections since 2016, but there’s still quite a bit of work to be done. With a $600 million election security bill likely to die in the Senate, it’s time we have an honest conversation about the dangers we’ll be facing in 2020. 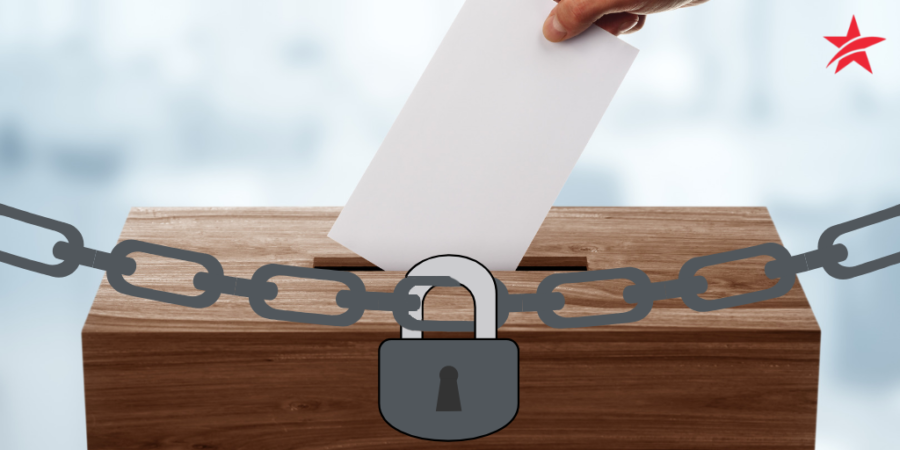 There are few issues less controversial than national security. I doubt anyone in Congress would disagree with the idea of protecting our country against “all enemies, foreign and domestic.” It is, after all, clearly stated in the oath made by every one of them (not to mention members of the armed forces, and even naturalized U.S. citizens).

But apparently for some members of Congress, election security ≠ national security. Why? I couldn’t tell you. But as you read this, $600 million in federal funding for states to improve their election infrastructure sits on Sen. Mitch McConnell’s desk. That funding, already approved by the House of Representatives, has been deemed a “nonstarter” for the Senate’s Republican leader-turned-gatekeeper.

$600 million isn’t exactly chump change, so it’s fair to approach the bill (which received just one Republican vote in the House) with some caution. But if you’re one for considering the advice of the country’s top election security officials, the Securing Federal Elections, or SAFE, Act is the action we badly need in the build up to our 2020 elections

Don’t believe me? Well here’s a look at the state American election security by the numbers: 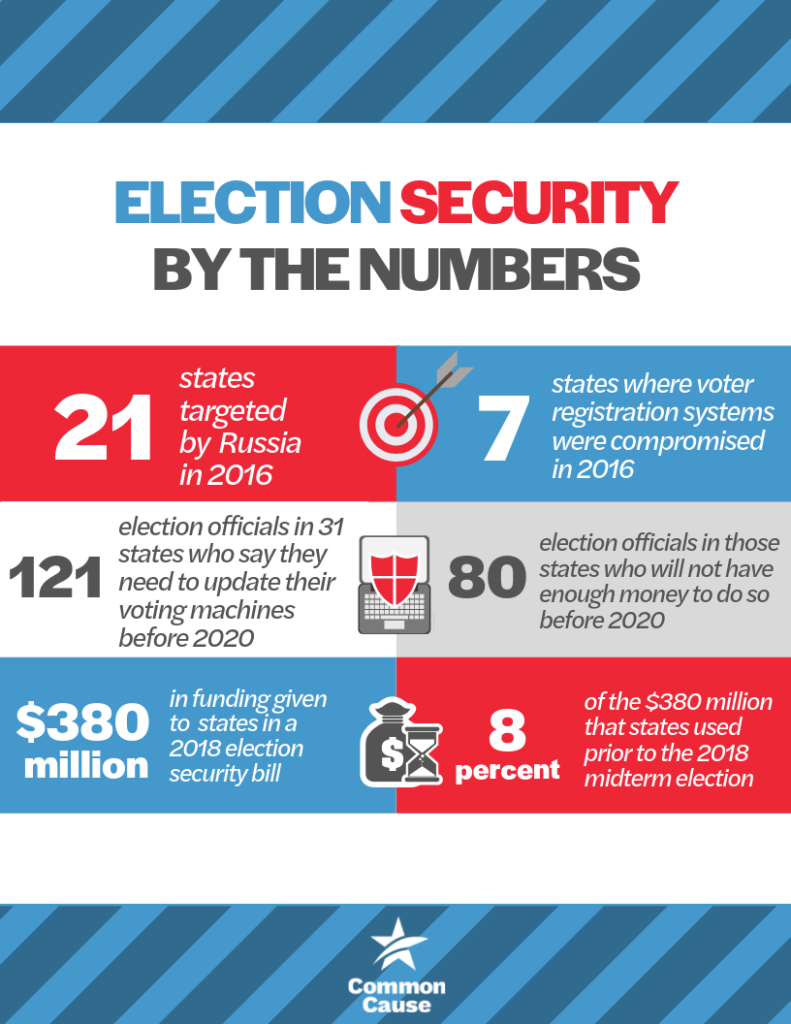 As the New York Times’ Kim Zetter put it: “the entire system [is] a Rube Goldberg mix of poorly designed machinery.”

U.S. intelligence officials, House Democrats and Republicans, and even Robert Mueller agree that Russia interfered in our 2016 presidential election. The difference is what they all want to do about it. While the Department of Homeland Security claims that there was no tampering with vote tabulation systems—even in states with systems hacked by Russians—the problem itself is clear.

And that problem runs far deeper than Russian involvement in 2016.

More than 90 percent of voting machines are manufactured by three well-connected, politically-involved companies.

The $380 million provided in 2018 has now largely been spent, but when split between 50 states, it mostly accounted for software updates and personnel trainings—not the comprehensive fixes states need.

Today, the solution is clear, the funding is there and the bill has been written. So what will the SAFE Act do? It will require that all voting systems produce a paper ballot—a low-tech failsafe to ensure votes cannot be tampered with. It also provides resources for states to conduct important audits, which can confirm that elections are accurate and free of tampering.

The act also requires voting machine vendors to adhere to guidelines set out by the Elections Assistance Commission—and report when their machines are breached. It even includes the simple-yet-obvious requirement that voting machines be disconnected from the Internet, another low-tech solution to keep hackers out.

So with such a painfully-obvious solution in the wings, it’s time we elevate the issue of election security to the point at which it can’t possibly be ignored—not even by Sen. McConnell. It’s time we protect the sanctity of our very democracy. It’s time we listen to our experts demanding change. It’s time we secure our elections.

Read Our Letter to Congress
< Back to Democracy Wire

At Last A Beginning