A group of lawmakers launched an effort Wednesday to increase Census Bureau funding by $438 million in order to accurately conduct the 2020 census.

Speaking to reporters outside the Capitol, Rep. Carolyn Maloney, D-NY, said the proposed 2020 American Census Investment Act would expand the Current Surveys and Program account by $54 million and the Periodic Censuses and Programs account by $384 million.

Common Cause has endorsed the legislation and is appealing to its members and supporters to ask their representatives to support it.

Rep. Keith Ellison, D-MN, argued that the census is critical to our democracy and crucial in ensuring that everyone gets equal representation in Congress. By identifying demographic and population trends, Ellison noted, the census makes government more responsive to the American people.

Ellison accused the Trump administration of failing to fill key roles within the Census Bureau and shortchanging the bureau in its budget proposals. The administration has yet to appoint a new Census director following the resignation of John H. Simpson last June.

Rep. Mark Takano, D-CA, noted that shortcomings in past censuses have effectively erased certain portions of the population. By not accurately accounting for communities of color, LGBT individuals, and people in rural areas, the government has historically failed identify and respond to these groups’ specific needs, Takano said. Full funding of the 2020 census will allow it to produce vital information to help improve the lives of all Americans, he argued. 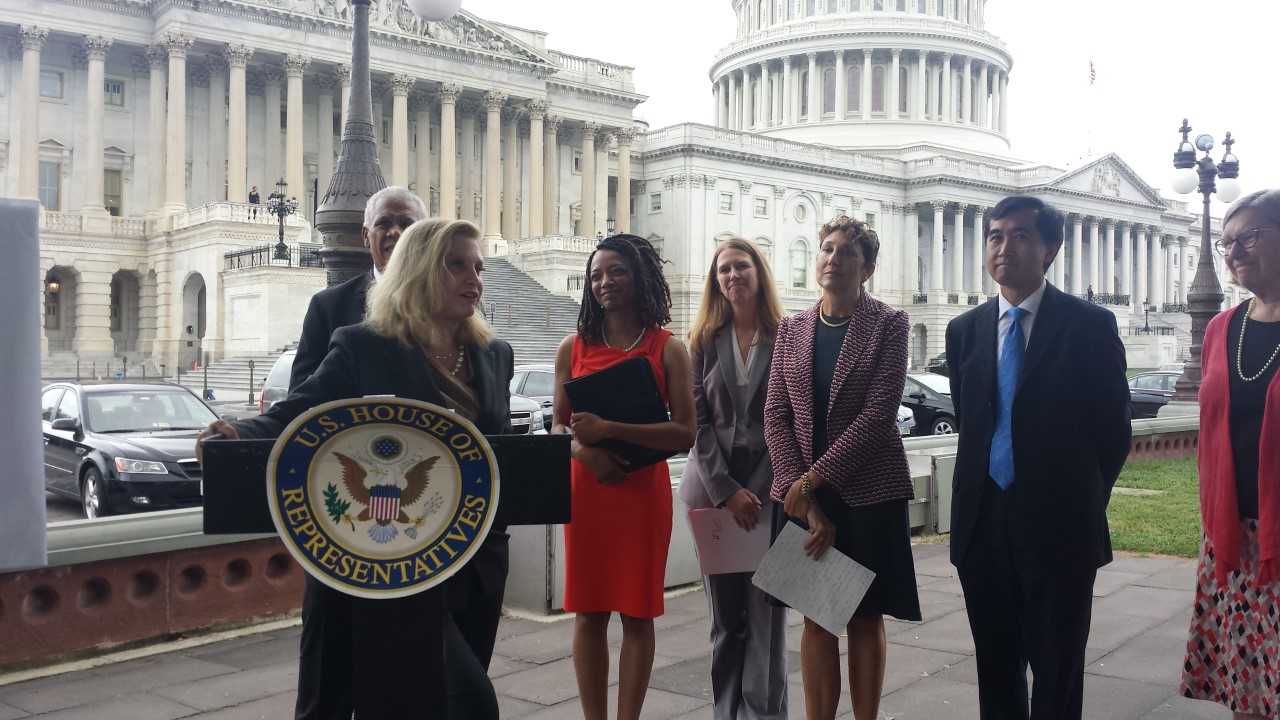 Kristine Lucius, executive vice president of policy at the Leadership Conference on Civil and Human Rights, noted that the failure to adequately count minority groups strips these Americans of political representation. Because the census is the critical to equal representation, ensuring that the census is appropriately funded is a civil rights issue, said Hilary Shelton of the NAACP’s DC branch and Jennifer Bellamy of the  American Civil Liberties Union.

Sister Simone Campbell, executive director of NETWORK, concluded the press conference by attacking census underfunding as unconstitutional. The Constitution obligates Congress to conduct regular censuses to empower all Americans, and failure to do so is an attack on the foundational principle of our democracy, “One Person, One Vote,” she said.