Inspectors General are the people's watchdogs within government agencies and often the reason we know about government waste, fraud, and abuse. It's a concern then that 13 agencies lack IGs right now. A new report from the Bipartisan Policy Center makes recommendations for governmental oversight and the offices of IGs. 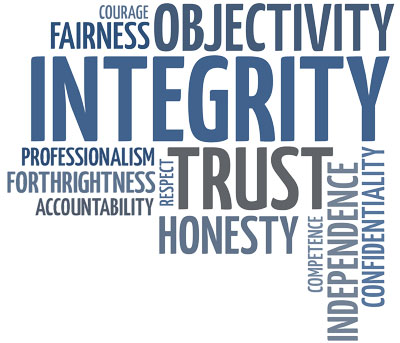 All Americans know that the oversight of government organizations is crucial to a functioning democracy, however having trustable oversight is easier said than done. Inspectors General (IG) have been tasked by the executive branch with this tricky job.

In essence, IG offices are like internal watchdogs working to make sure our tax dollars are not wasted. The reason the public knows about cases of waste or fraud is that, in our system of checks and balances, we’ve built these watchdogs into the fabric of government.

Inspectors Generals are placed into governmental organizations and are often encouraged to form close relationships with organization leaders while still remaining independent so that if the organization is involved in wrongdoing, then the IG can be trusted to expose the situation fairly.

It should be obvious that these requirements may contradict each other and require IGs to make subjective moral judgements. For the 40th anniversary of the Inspector General Act of 1978 that created the post of Inspector General, the Bipartisan Policy Center released a report with an accompanying panel discussion that highlighted just how complicated and important the job of an IG is.

Panelist and former Secretary of Agriculture Dan Glickman described all of the benefits he received through the close working relationship he had with his IG, including having the perspective of a trained risk management professional in strategy meetings and being able to fix potential conflicts before they happen. On the other hand, former IGs on the panel described how those types of personal relationships can lead the IG to have a real or perceived bias toward the organization. Even perceived bias is hugely detrimental when IGs are intended to be symbols of transparency and objectivity.

Since these internal watchdogs are critical to the people knowing about government waste, it is a concern that 13 of these offices are currently not filled, leaving agencies without a cop on the beat.

On top of all of that, panelist brought up how with limited resources there is disagreement as to what should be done about the lack of resources that are allocated for IGs. Should more money go to IGs so that they can hold their respective agencies accountable or would that be irresponsible as that same money could be given to the agency to help them solve any of the problems that IGs are investigating?

With the many choices an IG has to make, the job of an IG seems to be intentionally up to the discretion of the IG themselves. Although IGs have been fired in the past, the panelists pointed out that that the IGs must act independently and be trusted or else there is no point in the job existing at all. As a non-profit that prides itself on being a watchdog on democracy, Common Cause promotes the same type of transparency that IGs work on and understand that having a functioning set of IGs is extremely important. However, it is important to acknowledge just how hard the job of Inspectors General can be.