The shift of political power away from everyday Americans and into the hands of wealthy special interests is painfully visible when it comes to climate change policy. Many politicians’ refusal to take action on climate change can be traced back to the growing political influence of the fossil fuel industry.

When the Supreme Court made its ruling in Citizens United v. FEC, it completely changed the landscape of campaigning and elections. By allowing corporations and outside groups to spend unlimited amounts of money on electoral campaigns, the decision altered our mechanisms of accountability, making an already out-of-balance system worse. Politicians have become beholden to their biggest donors, rather than pursuing the policies demanded by the people.

The shift of political power away from everyday Americans and into the hands of wealthy special interests is painfully visible when it comes to climate change policy. Many politicians’ refusal to take action on climate change can be traced back to the growing political influence of the fossil fuel industry.

Before the Citizens United decision was made in 2010, the political momentum around climate change seemed to be reaching a head. In 2006, Nancy Pelosi and Newt Gingrich worked together to create a television ad about the dangers of global warming and called on Americans to demand action from their leaders. According to a Common Cause report, “climate change became a central issue in American politics and bipartisan support was building to pass climate change legislation.”

Yet, by the 2012 presidential election, the issue of climate change had been politically sidelined. Enabled by Citizens United and similar rulings, big money donors and wealthy special interest groups from the fossil fuel industry stifled the conversation. Politicians were scared into silence by the threat of negative advertising, causing policy solutions like cap-and-trade to die waiting to be taken up by the Senate. Meanwhile, these special interests were also amplifying climate change denial.

Speaking at an event with the End Citizens United Action Fund and the League of Conservation Voters, Senator Sheldon Whitehouse (D-RI) addressed the entanglement of the two issues. “Our failure in Congress to address climate change is directly connected to the secret empire of dark money that Citizens United launched,” Senator Whitehouse said. “Climate denial and Citizens United are two sides of the same coin.”

It’s true. The impact of Citizens United on the climate issue is undeniable. In 2006, the oil and gas industry spent $22.3 million on federal elections. In 2012, the first election post-Citizens United, that number jumped to $73.5 million. In 2016? $102.7 million. And those are just the disclosed spending. The amount of “dark money” that was spent in these election cycles is unknown to us.

It’s fair to say that the fossil fuel industry got its money’s worth. President Trump has been unprecedentedly regressive on climate issues– he pulled the United States out of the Paris Climate Agreement and, in June, oversaw the EPA repeal of key parts of the Clean Power Plan. Moreover, while the House of Representatives has already passed legislation to deal with both climate change and campaign finance reform this year, Majority Leader Mitch McConnell has consistently blocked legislation in the Senate.

However, the momentum around democratic reform is rising, and by the same token, the path for climate action seems to be clearing.

Tiffany Muller, President and Executive Director of the End Citizens United Action Fund, has noticed this changing tide. “American voters don’t think the system is working for them and that it’s working for the special interests,” she said. “They’re not wrong.”

Now more than ever, the people have the opportunity to generate some action on these issues. Putting pressure on corporations to consider clean energy and to stop funding anti-climate groups like the American Legislative Exchange Council (ALEC) and the U.S. Chamber of Commerce, calling on legislators to support election reform and voting rights, and keeping elected officials and judges accountable for campaign ethics violations, are just a few ways to get involved. With the presidential election coming up next year, we can also call on candidates to take the no-fossil fuel money pledge.

Accepting the status quo on these issues is not an option. In order to address the climate crisis, we need progress on democracy reform.

The urgency of action on both fronts was underscored by the League of Conservation Voters’ Tiernan Sittenfeld. “It is clear that the health of our planet and our democracy are inextricably linked,” she said. “And the stakes have never been higher.” 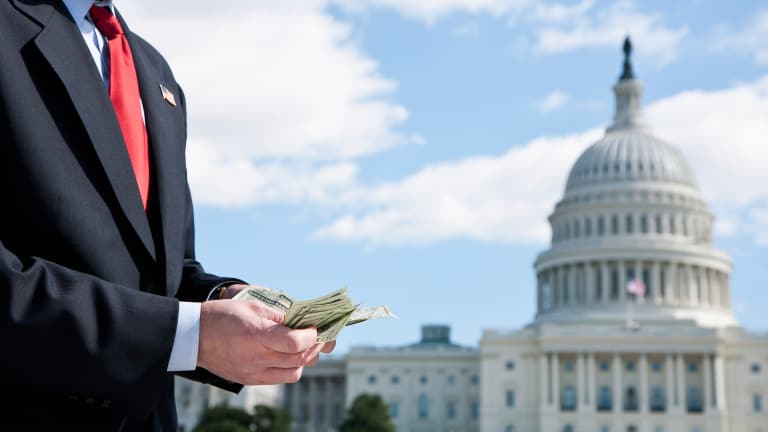