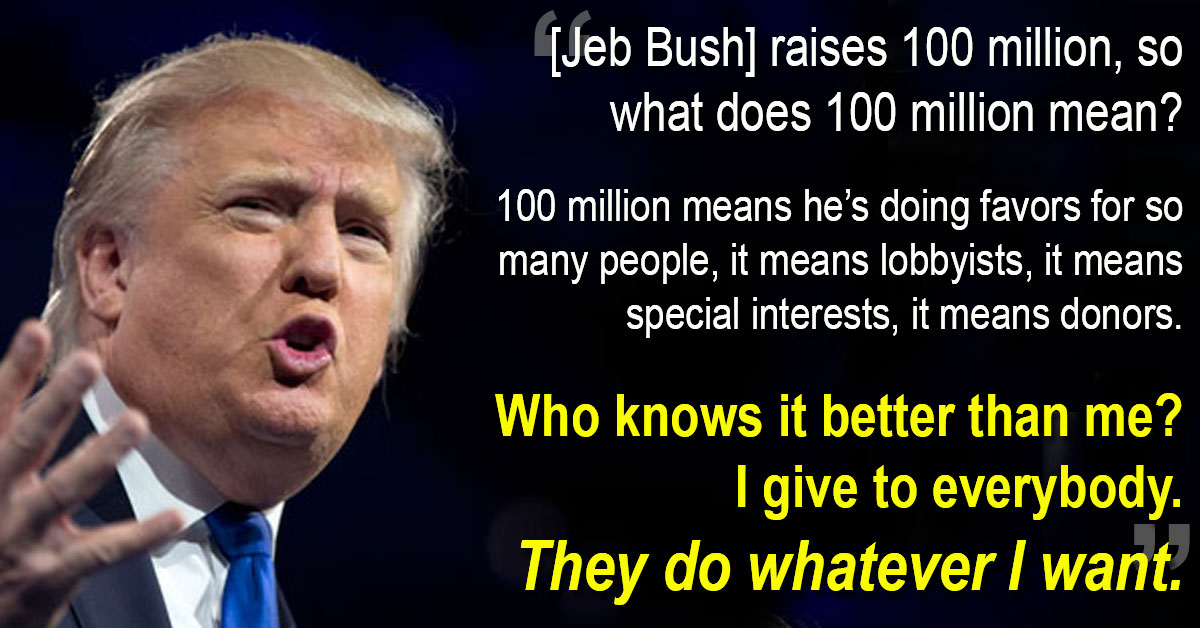 That nails it. Trump even admits he’s part of the problem. He dumped $198,500 into last year’s election, according to the Center for Responsive Politics. That puts him among the top 200 mega-donors from 2014.

Trump and many other 2016 candidates are talking a lot about the influence and power of “lobbyists” and “special interests.” But they’ve got little to say about real solutions our campaign finance mess, including public financing measures that empower small dollar donors, a constitutional amendment to overturn Citizens United, and disclosure measures to help voters see whose money is behind all those political ads.

When the 2016 candidates start talking solutions, we’ll know they’re getting serious about making sure every American is fully represented in our democracy, regardless of the size of his or her bank account.