Democracy just won big at the ballot. Help us share the good news!

Democracy just won big at the ballot. Click the buttons below to help share the good news! 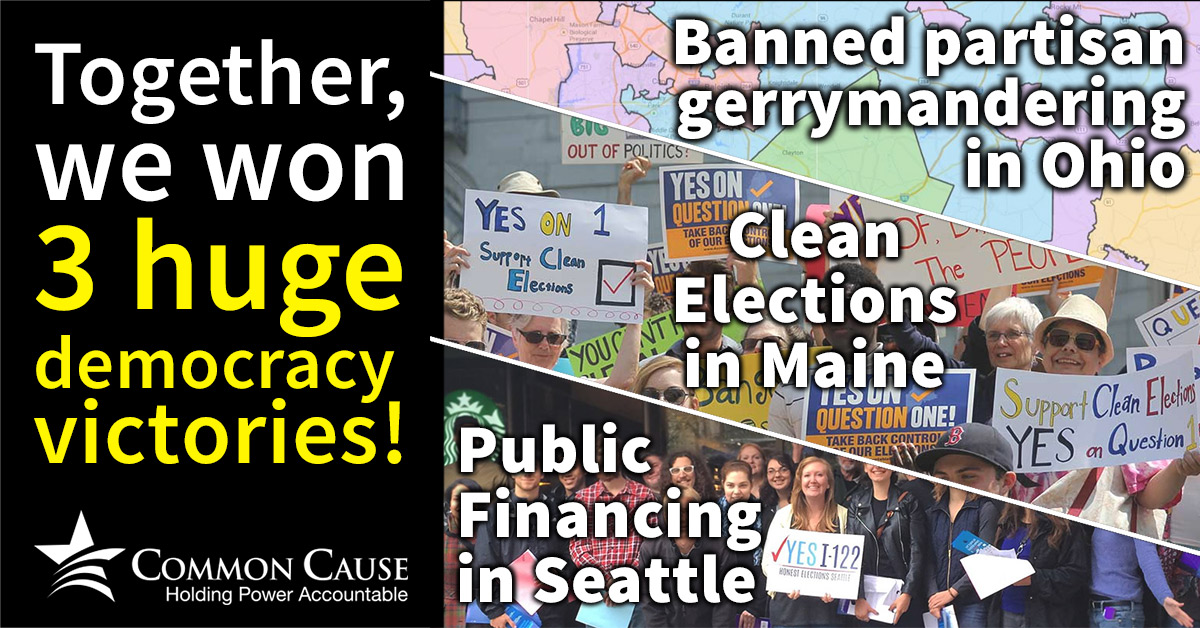 Election 2015 resulted in major, game-changing victories for our democracy. Voters in Maine passed the first statewide law since Citizens United that stops the unlimited secret money in their elections allowed by that misguided Supreme Court decision. Ohio voters banned partisan gerrymandering and the practice of politicians drawing maps that favor them or their party, a major step towards ending the ideological polarization that creates gridlock and dysfunction. And activists in Seattle passed the Honest Elections public financing package to remove Big Money barriers to running for office.

These victories in Maine, Ohio, and Seattle show that together, we can overcome not just the big-money interests that want to cement control over our campaigns and elections, but also pessimism and cynicism that so easily infect our discourse and stop people from getting involved.

It is so important that we take this opportunity to show all Americans that we can make a difference. It has been almost six years since the Citizens United decision invited all of this special interest money into our elections — and victory by victory, we’re fighting back. 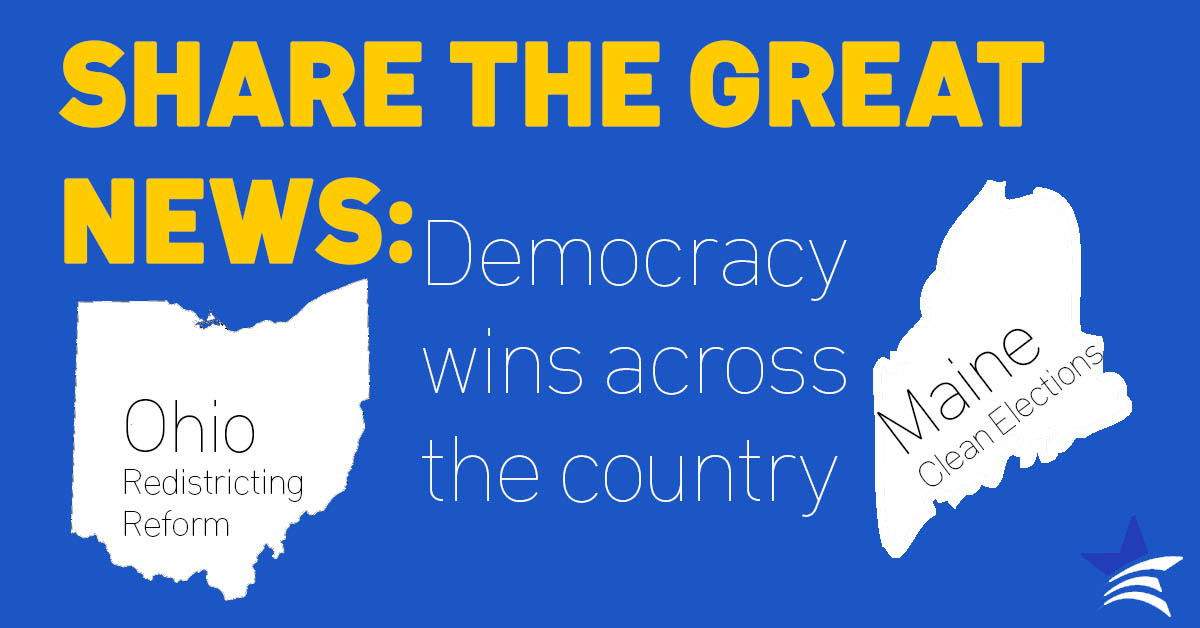 Activists coast to coast — supported by Common Cause and many other organizations, got active, got organized, and used the power of direct democracy to reduce the influence of big money and shift the balance of power back toward the people.

Because we have folks like you on our side, we’re winning. Thank you for supporting Common Cause — together we are making change possible.