There is sad news this morning out of New York: Benjamin Barber, a brilliant political theorist and former longtime member of Common Cause’s National Governing Board, has lost his battle with pancreatic cancer.

There is sad news this morning out of New York: Benjamin Barber, a brilliant political theorist who served for nearly a decade on Common Cause’s National Governing Board, has lost his battle with pancreatic cancer. 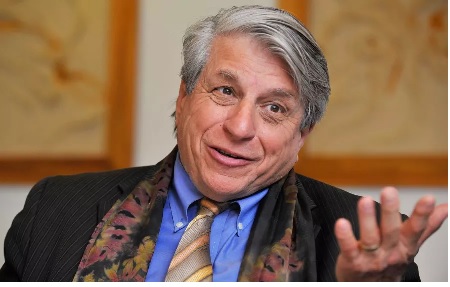 Barber, 77, died on Monday in Manhattan. “Ben was a person of keen intellect, deep conviction, and enormous capacity for both work and friendship,” said Common Cause National Governing Board chair Robert Reich. “He believed deeply in democracy, and he was a tireless advocate of political reform. He was also a dear friend of Common Cause. He will be sorely missed.”

“Benjamin served on the Common Cause board for many years and we are grateful for his dedication and his many contributions to our work,” said Karen Hobert Flynn, Common Cause’s president. “He gave so much of himself to the fight for a stronger democracy! Our board, and our national and state staff send our condolences to his family and friends.”

Barber probably was best known for his passion for cities as engines for progressive change. “In the final weeks of his life, Barber met with mayors from South Africa, France, Britain, and the United States to advance the cause,” John Nichols writes today on The Nation magazine’s website; “his last tweet featured a picture of the scholar with his friends Tavis Smiley and Marc Steiner discussing “the importance of #globalcities and #localresistance to Trump.”

Nichols’s tribute continues: “In our interdependent world, cities have not only the obligation but the right to achieve solutions to global issues,” Barber explained. In one of his last interviews, he argued that “Cities are going to become the most important, constructive alternative to a Trump agenda. Over the last 10 years we have already seen a powerful emergence of cities as primary spaces for progressive and majority action, for the protection of diversity, for dealing with immigration to the US, higher minimum wage, gender relations and so on.”