Another Day, Another Scott Pruitt Scandal

The EPA chief is trying Congress' patience, and the public's. 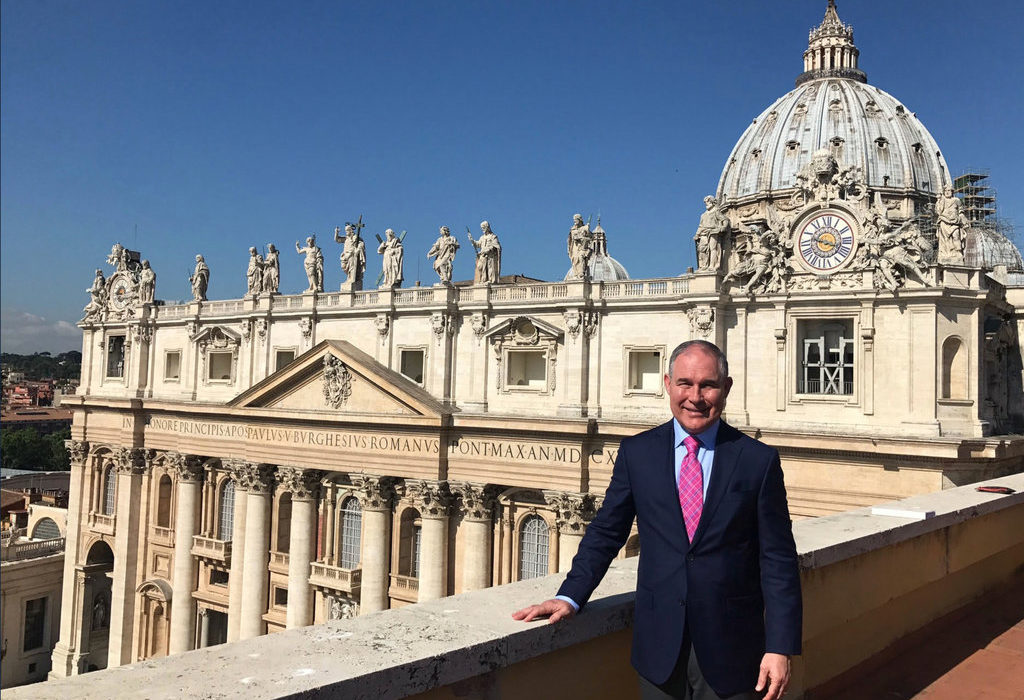 How long can Scott Pruitt hang on?

When Health and Human Services Secretary Tom Price embarrassed the Trump administration by traveling in luxury at taxpayer expense, he quickly found himself unemployed. Veterans Affairs Secretary David Shulkin was bounced after evidence surfaced that a staffer altered emails in a bid to justify the use of public money to cover Shulkin’s wife’s travel to Europe. Secretary of State Rex Tillerson returned to private life after he reportedly called the president a “moron.”

The list of dismissed administration officials, whether for ethical breaches or policy disagreements, is too long for this space. But without exception, the departed Trump appointees had rap sheets shorter than the one Environmental Protection Agency chief Pruitt has compiled and is adding to on what seems like a daily basis.

Today’s Pruitt faux pas, unearthed by The New York Times, involves a December trip to Morocco which the Times reports was largely organized by a lobbyist and Pruitt friend, Richard Smotkin, who later went to work for the Moroccan government – at $40,000-per-month. The timing of Smotkin’s hiring suggests that the trip and his ties to Pruitt helped him nail down the job.

Pruitt got kid gloves treatment from Republican lawmakers in a day-long hearing last week that touched on 11 – that’s right, 11 – federal investigations of his conduct and administration of the EPA. He is said to be in the process of creating a legal defense fund, never a good omen for a senior government official.

Among other things, the investigations involve Pruitt’s round-the-clock security arrangements, the purchase of a secure telephone booth (cost $43,000) for Pruitt’s office, a sweetheart deal Pruitt arranged with the wife of another lobbyist to lease part of a Capitol Hill condominium, and Pruitt’s intervention to secure outsized pay raises for two of his top aides.

Pruitt seems to be getting away with all this because he is moving at a rapid clip to transform the EPA from an environmental watchdog to an industry-friendly lapdog, fulfilling a promise Trump made during the 2016 campaign. White House Press Secretary Sarah Sanders told reporters last week that Pruitt has “done a good job of implementing the president’s policies, particularly on deregulation.”

That may get him a pass from the president but it shouldn’t wash on Capitol Hill. All members of the House and one-third of senators will have to face the voters in November and the betting here is that Americans across the political spectrum are rapidly running out of patience with the ethical blindness of this president and his administration.

Time for Something New at the Correspondents Dinner?