As the U.S. Senate votes on the Keystone XL pipeline today, a new Common Cause analysis reveals that special interest money is what’s really driving the debate.

A new Common Cause analysis reveals that special interest money is what’s really driving the debate on the Keystone XL pipeline.

There were 14 corporations and organizations, mostly oil companies and trade unions, that lobbied in favor of the Keystone XL pipeline in 2014. Those groups’ 2014 federal political contributions and lobbying expenditures amounted to over $59 million in 2014. The largest single spender was Exxon Mobil, the most profitable company in the world. 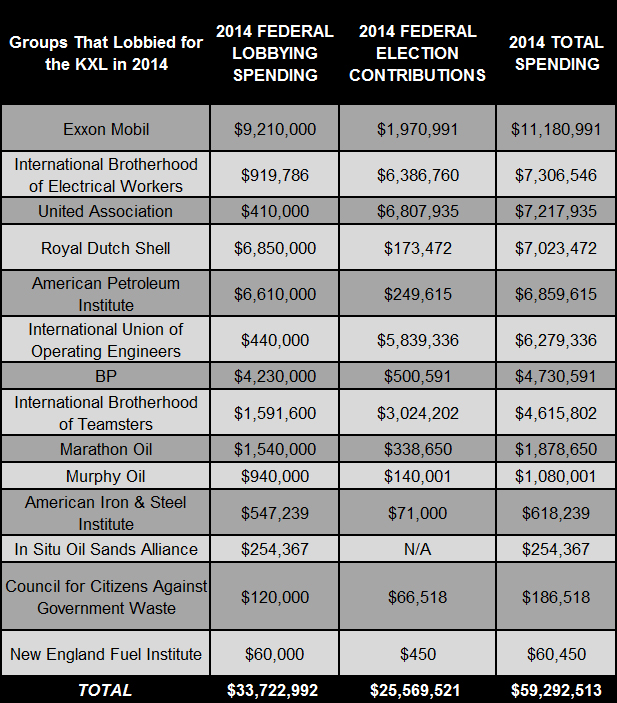 On the other hand, only four groups disclosed lobbying Congress to oppose the pipeline in 2014: the League of Conservation Voters, Sierra Club, the Western Organization Resource Councils, and the National Farmers Unions. Those groups’ total 2014 political contributions and lobbying expenditures add up to just over $6 million. 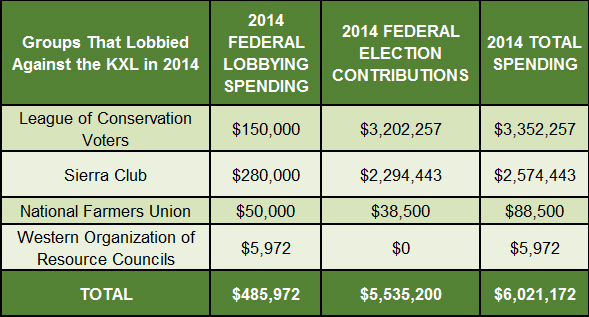 The Alberta-based energy company TransCanada is the pipeline’s “single biggest stakeholder,” according to Forbes. Over the past few years TransCanada has spent millions lobbying Congress, spending over $1 million in 2014 alone. While the corporation has given a relatively low amount of political contributions through its federal PAC, a TransCanada spokesperson once noted that the company supports “hundreds of organizations across North America,” signaling that their direct PAC contributions may not be the full extent of their political spending.

The U.S. Chamber of Commerce is also a strong supporter of the Keystone XL pipeline, and disclosed lobbying in support of pipeline in 2012. This year, the U.S. Chamber spent over $91.9 million on federal lobbying expenditures and was the largest dark money outside spender in the 2014 election, spending $35.5 million. Throughout the 2014 election, U.S. Chamber aired numerous TV ads attacking candidates who opposed the KXL pipeline. In September, just before the election, the Chamber launched “Keystone XL Pipeline Lost Opportunity Tour” to build more support for the pipeline.

These numbers don’t even take into account what these corporations and groups spent on state level lobbying and political contributions. Exxon Mobil, Koch Industries, TransCanada, Royal Dutch Shell, BP, the American Petroleum Institute, and Marathon Oil are all funders of the American Legislative Exchange Council (ALEC), the secretive anti-climate group that brings state politicians and corporate lobbyists behind closed doors to create “model” bills. Not surprisingly, ALEC has a model bill in support of the Keystone XL pipeline that was introduced in at least 10 states last year.

Should the pipeline pass the U.S. Senate, it is clear who the real winners will be: the big oil special interests that continue to pollute our political system with big money.

More Corporations Distance Themselves from ALEC

Common Cause Maryland Forum Makes the Case for Ending Gerrymandering