Polls are closed now in:

The following states close their polls at 7:30 pm:

Remember, if you are in line when the polls close – stay in line. You have the right to vote! 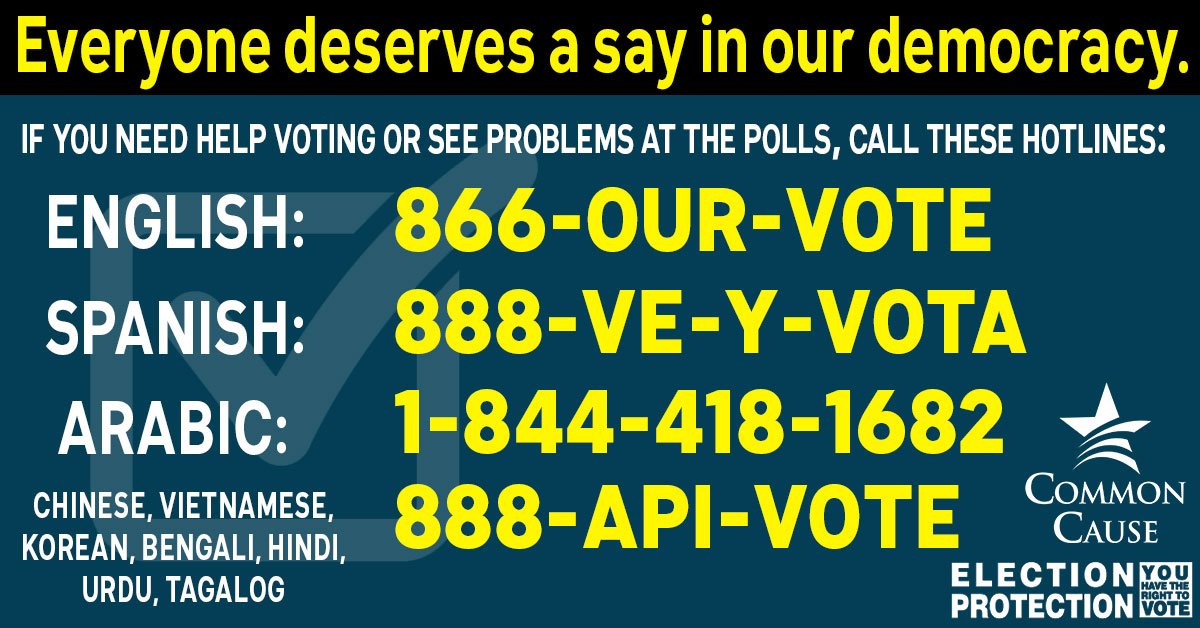 Long lines aren’t deterring our folks in North Carolina. Lines are out the door in Winston, but our volunteers are on the scene to help. 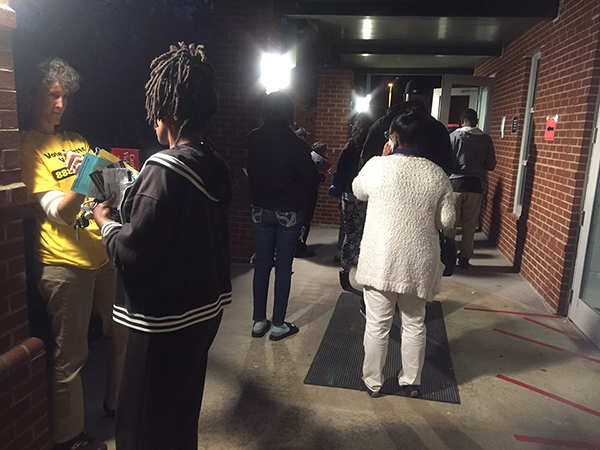 More from the Yes on Measure X1 campaign in Berkeley, California! It’s never too late to hit the streets an make sure everyone has gotten out and voted. 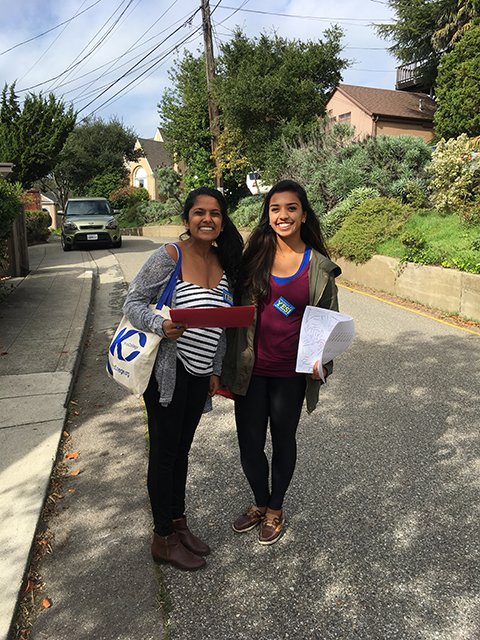 The following states close their polls at 7 pm:

Remember, if you are in line when the polls close – stay in line. You have the right to vote!

A spooky update from our friends at Common Cause New Mexico – not even spiders can stop voters from turning out! 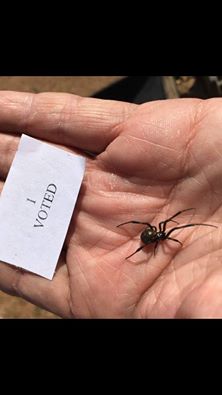 Nice to see Representative John Sarbanes (D-3) come out and support Yes on A! 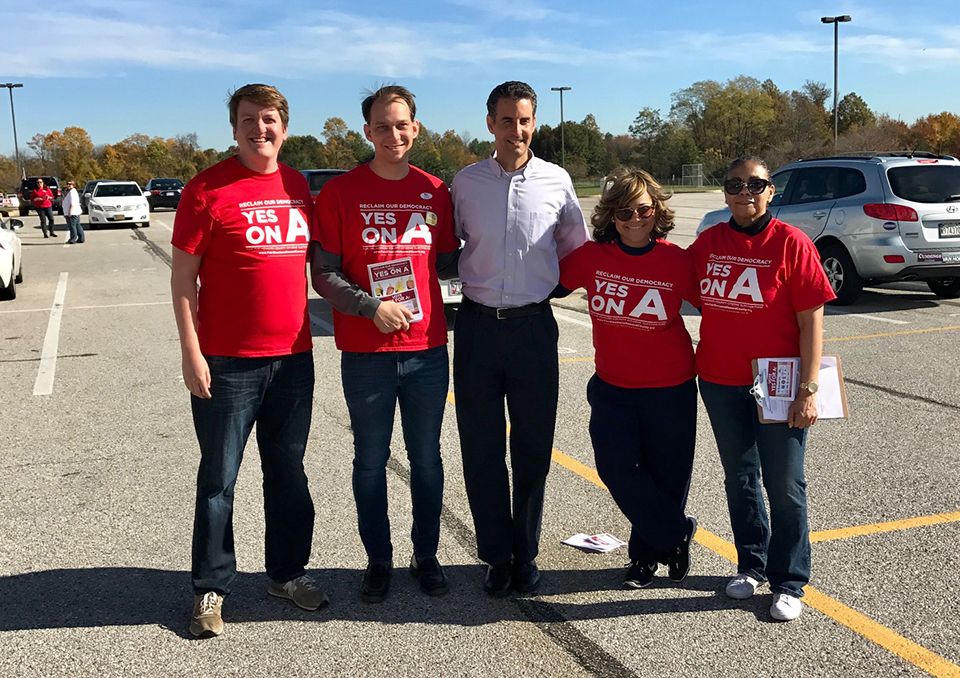 More in from Common Cause in Wisconsin, who is assisting voters in needs with rides to the polls and info on their voter ID law.

Our first images are in from California Common Cause! In Berkeley, California, voters are headed to the polls and have the opprtunity to create a citizens’ funned election program called Measure X1.

Here’s our volunteer Deanna, talking with voters this morning. 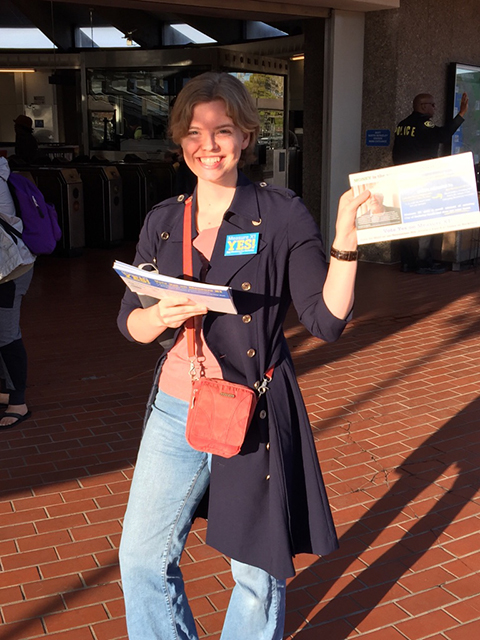 From Common Cause North Carolina: 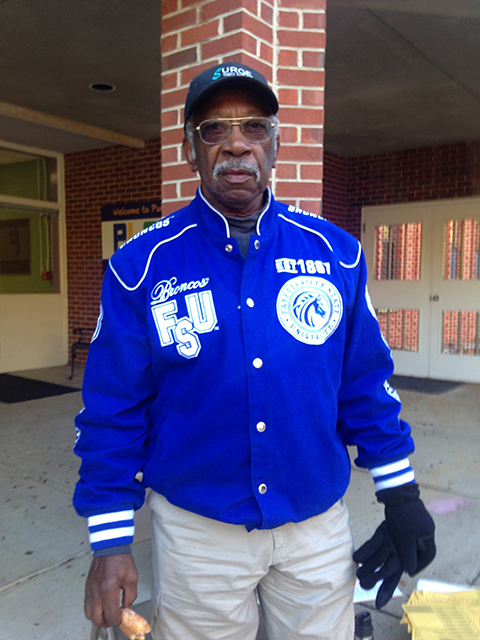 Sam Greene is  a proud graduate of Fayetteville State University at Raleigh. He’s helping to continue the tradition and protecting the vote with us today.

Deep in the heart of Texas – we’ve got our first check-in from Common Cause Texas! 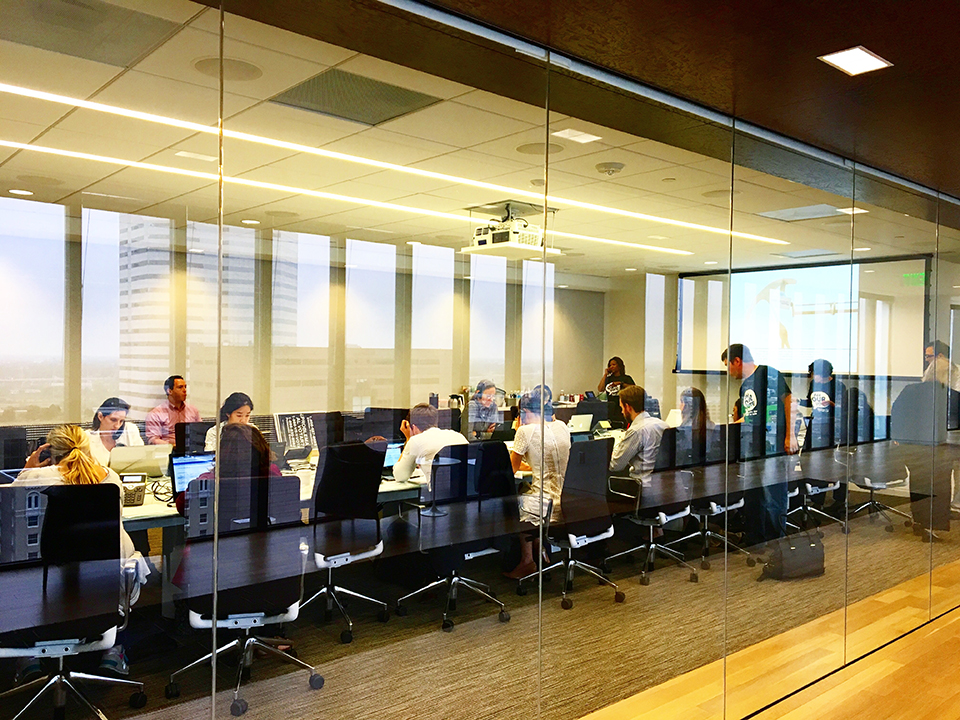 This is the call center in Houston, which has been abuzz with phones ringing pretty constantly since polls opened (or didn’t open – in lots of cases).

Just in from our friends at Common Cause New York – election protection volunteers are seeing great turnout in the Big Apple. 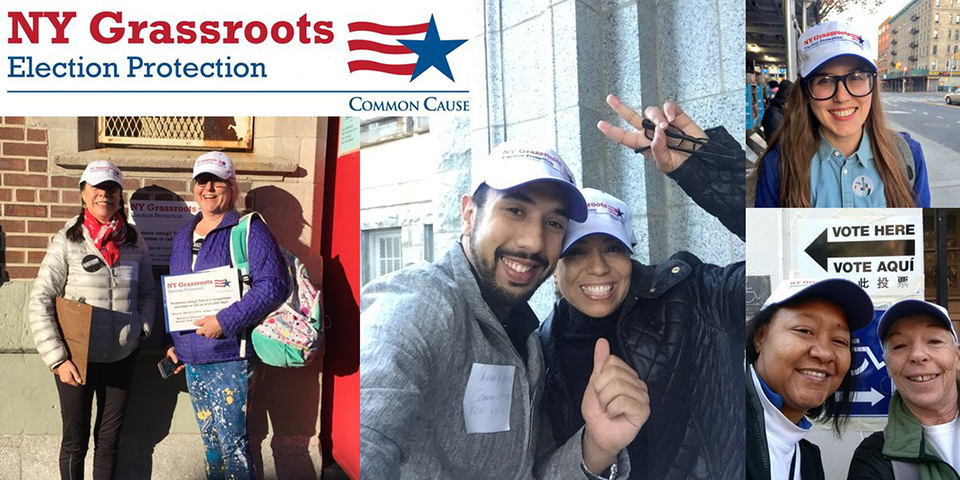 It’s just about lunchtime on the East Coast – a good time to remind everyone of the phone numbers to call if people are having issues voting today. Tweet these out and post them on your Facebook page!

And now Common Cause New Mexico is checking in! We love the car. 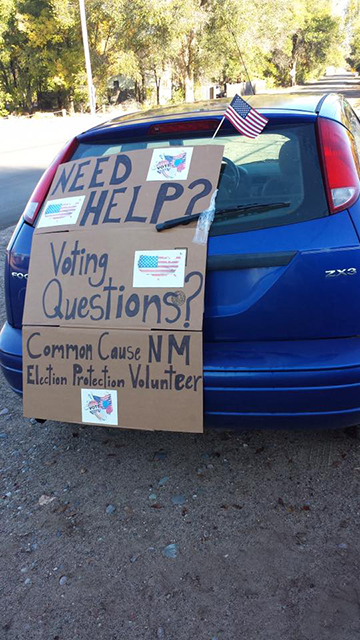 Common Cause New York checking in! The lines may be long, but voters are enthusiastic and our volunteers are there to help them. 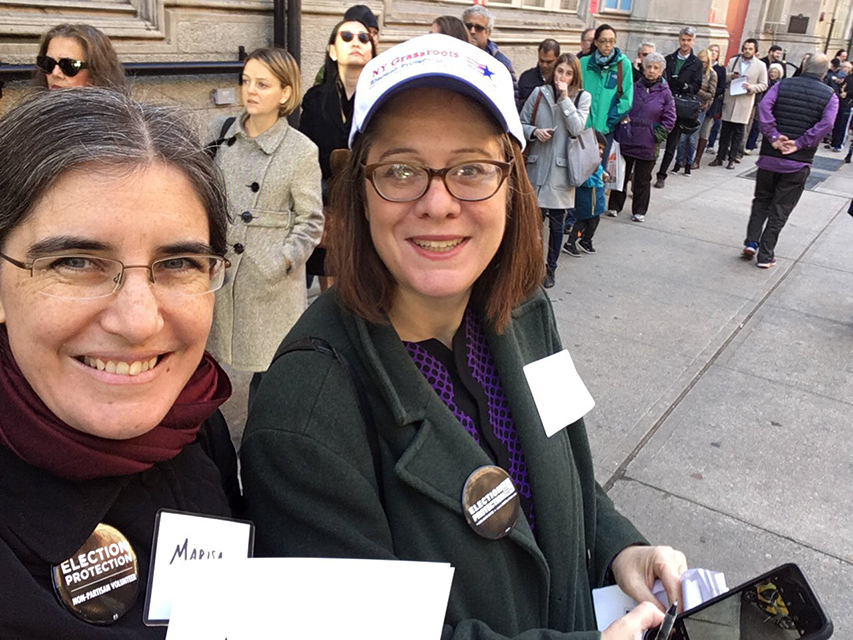 Back to HoCo (Howard County, MD), where Cornell Brooks, President of NAACP and Common Cause board member, is helping to spread the Yes on A word for citizens’ funded elections. 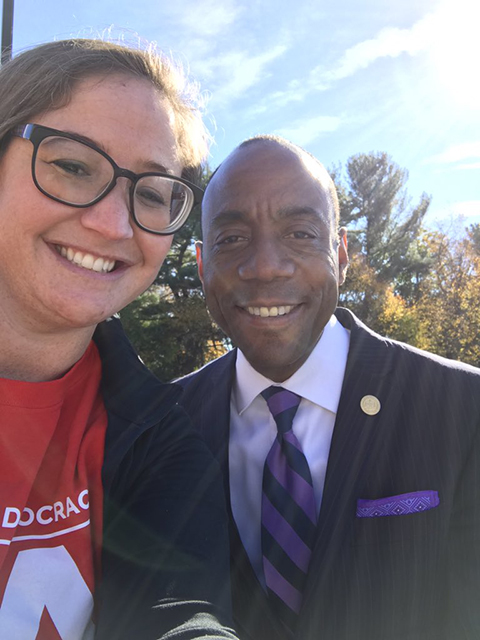 From Caroline Fry at Colorado Common Cause: 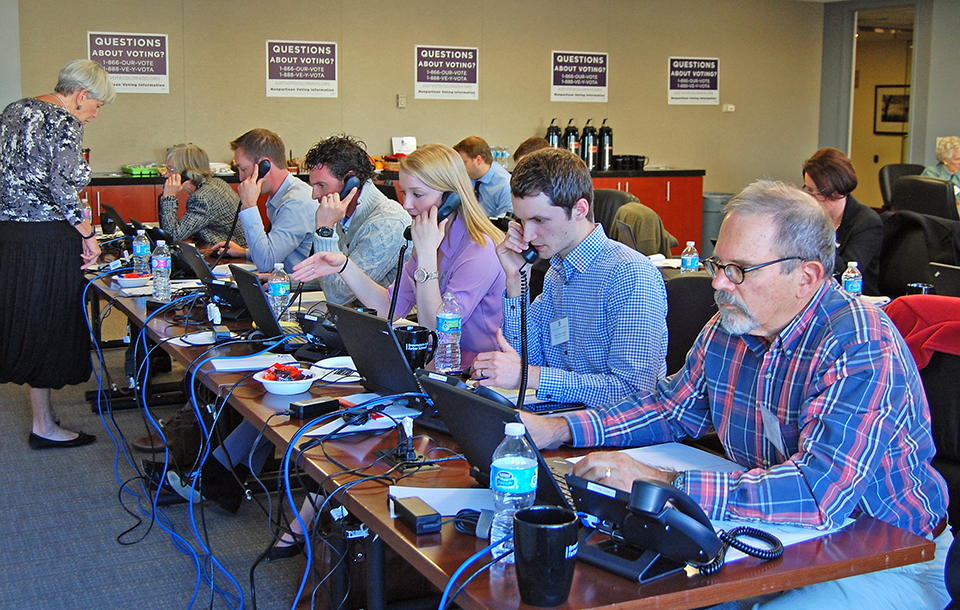 The Election Protection centers are up and running! Help spread the word and have anyone who is having issues voting today call 1-866-OUR-VOTE. 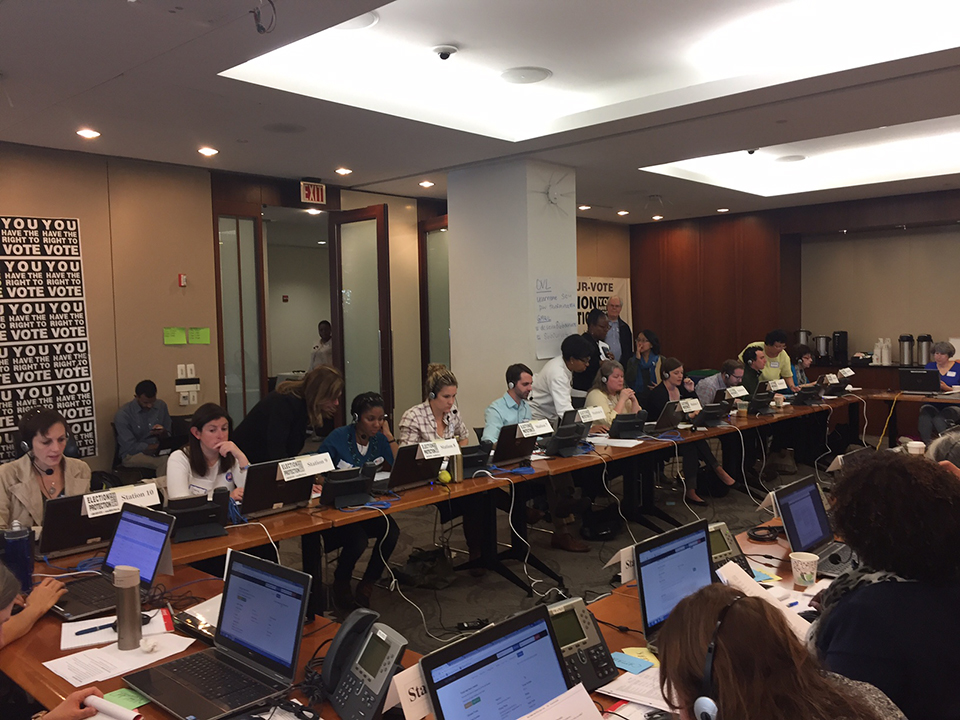 Reporting in from Common Cause in Wisconsin – their rides to the poll resource for voters is in full swing! Looks like warm weather up there, great weather for voting. 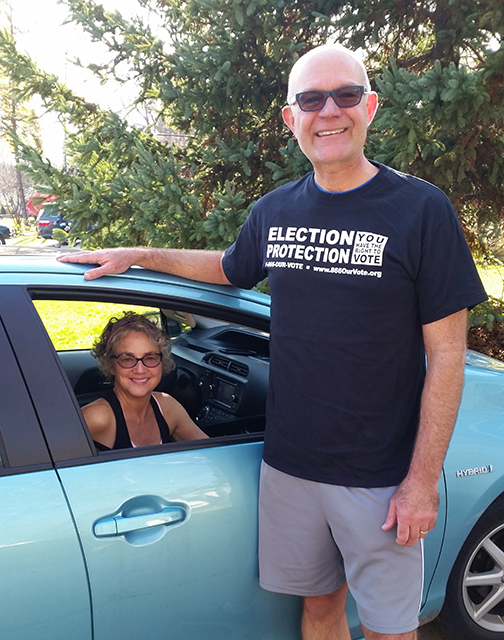 Update from Common Cause Maryland – the Howard County citizens’ election fund measure is on the ballot in the county affectionately known as HoCo. Yes on A volunteers are hitting the polls in HoCo to help reclaim democracy and make elected office open to more qualified candidates – not just those with the deepest pockets. Learn more at fairelectionshowardcounty.org. 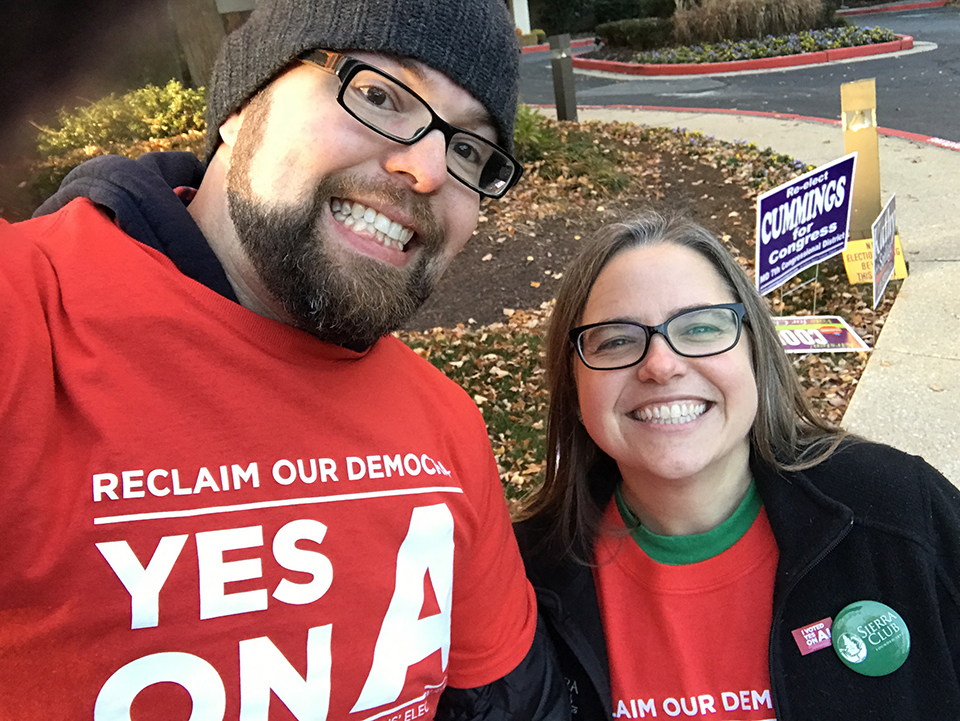 Election protection volunteers are hard at work already. Here’s the scene from Rhode Island, with Doree, Common Cause Rhode Islan’d advisory council chair helping to make sure every vote is counted at Kickemuit Middle School in Warren, RI. 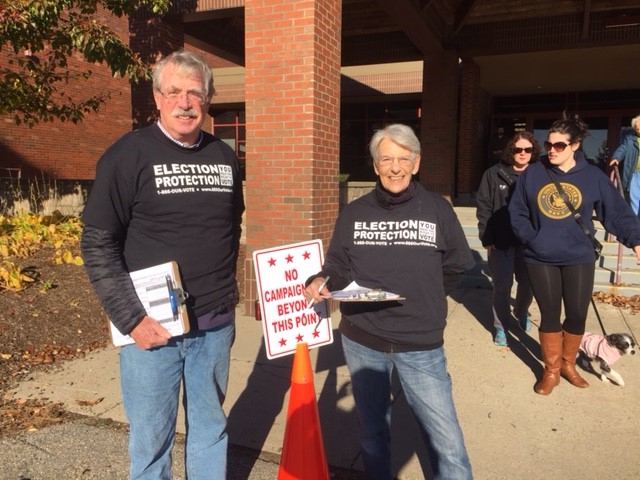 Report in from Florida:

Voters at an Early Voting center in Miami Dade were wrongly given provisional ballots which are more problematic than a regular ballot.

During early voting, a number of “infrequent” voters  showed up to Early Vote sites this election cycle.  Infrequent voters are flagged as “inactive” — but under Florida law  an “inactive” voter retains all her rights to vote and should be given a regular ballot. Unfortunately, poll workers at one Early Vote center in Miami-Dade were giving “inactive” voters provisional ballots.

If citizens vote by provisional ballot in Miami Dade they must provide evidence of their eligibility to vote to the supervisor of elections within 2 days after the election. This burden of proof can be  cumbersome — and sometimes voters can’t do it and forfeit their right to vote.  However it is also unnecessary if the voter was receiving a provisional ballot simply for being inactive.

When questions arose on the Election Protection network that provisional ballots were being given out for this reason, Liza McClenaghan clarified that inactive voters could  still vote a regular ballot.  An attorney for Election Protection picked up the lead from Common Cause advocate Ms. McClenaghan and contacted  the supervisor of elections in Miami-Dade.  The supervisor helped educate election officials and the practice was stopped.

Under Florida law any “inactive” voter can become active simply by the act of voting, signing a petition or requesting a vote by mail ballot or calling the supervisor and letting them know they wish to be an active voter.    If a voter has remained inactive for 2 General Election cycles, processes begin to remove them from rolls.  The “status” of being inactive has no particular significance other than that it indicates that the clock has started running  on the voters’ status. 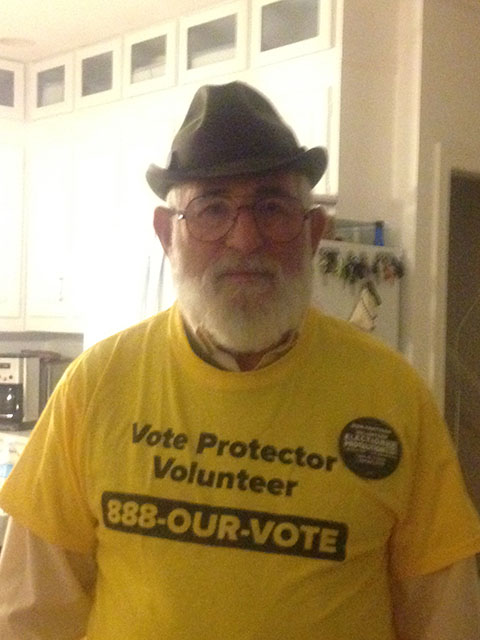 Tune in tomorrow starting at 9 am ET for our 2016 Election Protection live blog. 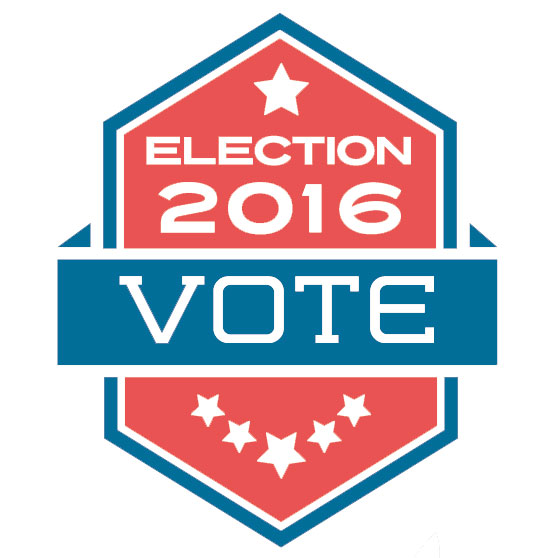 While you wait, check out these resources on voting and elections:

Democracy Reform Is On The Ballot In 2016